Frederick Holcombe was born at Luzerene Co., PA.1 He was the son of David Spellman Holcombe and Phebe S. Wickaiser.1

b. circa 1858
Ada F. Holcombe was born circa 1858 at MN.1 She was the daughter of Isaac Harding Holcombe and Marticia Dickinson.1

William lived with his grandparents, David Spellman Holcombe and wife, Phebe in 1880; moved to Brooklyn, NY; went to work for Thomas A. Edison at Menlo Park, NJ until his mother's death; then lived with grandfather; later returned to Edison's plant, Carrick St., New York City. 2


William was enumerated in the 1930 Jacksonville, Duval Co., FL, federal census. He was 68 and not working; rooming with Minnie Bryan.

David was an electrical engineer. He was an orphan at age 14, 1879, when he went from Winnebago Co., IL to Trucksville, Luzeren Co., PA, to live with his great uncle, Albert Harris Holcombe, where he remained for two years. He became an electrical engineer and from 1892 to 1920 was engaged in the electrical business in New York City. He retired and settled at 111 11th Ave. N, St. Petersburg, FL. During his residence in New York City he was an intimate friend and confidant of Dr. William Frederick Holcombe (which may explain why he added the "e"). 2


David and Edith were enumerated in the 1920 Brooklyn, Kings Co., NY federal census. 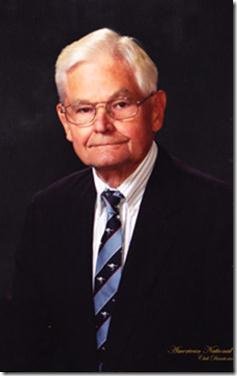 Edward was a physician at U. S. Training base in the 2nd World War, serving overseas. 2

Written by The Darien Times
Thursday, February 23, 2012 10:30 AM
Darien, Connecticut

Dr. Edward Holcomb, father of a Darien resident, died Sunday, Feb. 12, in Charleston, S.C. He was 92.

Dr. Holcomb was born May 11, 1919, in Brooklyn, N.Y. He graduated from Cornell University in 1939 and Cornell Medical School in 1943. During World War II he served as a captain in the U.S. Army Medical Corps, 63rd Field Hospital. In 1947 he married Nancy May Eggleston. They were married for 61 years.

Dr. Holcomb moved to Gloversville, N.Y., where he practiced medicine for more than 48 years. He was chief of medicine and chief of staff during his tenure at Nathan Littauer Hospital in Gloversville.

Dr. Holcomb was an avid sailor and former member of the Mayfield, N.Y., and Charleston, S.C., yacht clubs. At he time of his death, he was the oldest active fencer with the United States Fencing Association. Dr. Holcomb was a former captain of the Cornell University fencing team and recently served as a
volunteer coach with the East of the Cooper Fencing Program.

"He was a kind, intelligent, generous man of integrity, wit and wisdom — a true gentleman," his family said. "He will be sorely missed by all who knew him."

Dr. Holcomb is survived by his sons, Cary Holcomb of Darien, and his wife Heather; and RIchardHolcomb, and his wife Jacquie, of Christchurch, New Zealand; and grandchildren Taylor and Ben Holcomb of Darien.


Oscar and Elizabeth were enumerated in the 1920 West Pittson, Luzerne Co., PA federal census. He was a railroad switchman, age 57, she was 56. The only children in the household were Oscah H. Jr. 23, and grandson Kenneth Myers 7.


H. Oscar and J. Elizabeth were enumerated in the 1930 West Pittson, Luzerne Co., PA federal census. He was a railroad switchman, age 67, she was 66. Grandson Kenneth Myers 17, and brother-in-law Clarence Clelland 48, were also in the household.

Widower Arichibald was enumerated in the 1930 Pittston, Luzerne Co., PA, federal census. He was a dentist, age 62. Son Malcolm 27 was also in the household.

Robert Brown was the son of Eli Brown and Emma Clelland.1

Eli Brown II was the son of Eli Brown and Emma Clelland.1

Harold Brown was the son of Eli Brown and Emma Clelland.1

Lucy Brown was the daughter of Eli Brown and Emma Clelland.1

Marcy Brown was the daughter of Eli Brown and Emma Clelland.1

Dorothy Clelland was the daughter of James Clelland and Mary Murphy.1

Maria Clelland was the daughter of James Clelland and Mary Murphy.1

Anna Clelland was the daughter of James Clelland and Mary Murphy.1

b. circa 1867
Archibald Miller DDS was born circa 1867 at PA.1,2 He married Nettie Clelland, daughter of Robert Clelland and Lucy J. Holcombe.1

b. circa 1902
Malcolm Miller DDS was born circa 1902 at PA.1 He was the son of Archibald Miller DDS and Nettie Clelland.1

Lucy Miller was the daughter of Archibald Miller DDS and Nettie Clelland.1