George M. Groendycke was the son of Asa Taft Groendycke and Louisa Currier. 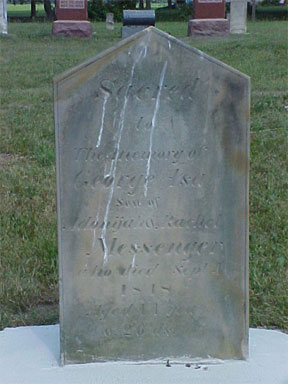 Del was born July 30, 1932, in Luray, Kan., to Wilbur Dee Holcomb and Freda Irene Cochran Holcomb. He joined an older brother, Duane. In 1935, his family moved from Kansas to Oregon, where his younger brother, Rodney, was born.

He graduated from Nyssa High School in 1951. After attending a year of college at Willamette University in Salem, Ore., he served two years in the U.S. Army from 1952 to 1954.

He married Roberta Morfitt in 1953 in Nyssa, Ore., where their four children — Craig, Jodi, Tami and Lance — were born.

Del moved to Grangeville in 1964 and started Del's Construction and Supply. He worked hard and took great pride in his work. Many of the beautiful homes and commercial buildings he constructed can be seen throughout the community. He was active in the Masons and Shriners, and particularly enjoyed working on the Shriners football games to help benefit the children at the Shriners Hospital. Over the years, he served and flipped many pancakes at the Border Days Cowboy Breakfast.

He built a beautiful cabin on the West Fork of Newsome Creek, which became his favorite place in the world where he loved to spend time with his family and friends. He spent many hours fishing, cutting firewood and walking in the woods. He also enjoyed snowmobiling and bought his last new snowmobile at the fun age of 80. He was most content sitting on the deck at the cabin watching the animals come and go or sitting by the fireplace visiting with his family.

In 1996, Del married Beverly Dilworth and they shared the last 23 years of his life full of joy and laughter, doing so many things they both enjoyed. The beautiful yard and garden at their home is a reflection of how much they loved working together.

He was preceded in death by his parents and his brother, Duane Holcomb.

He is survived by his loving wife, Beverly; his brother, Rodney Holcomb, of Ontario, Ore; his four children all of Grangeville, Craig Holcomb, Jodi and Lowell Williams, Tami and Jim Oaks and Lance and Jen Holcomb; five stepchildren, Tammy and Gary Schacher, John and Jan Dilworth, Shann and Loris Profitt, Polly and John Hagen and Chris Naylor; 25 grandchildren; and 45 great-grandchildren.

Cremation has taken place and memorial services will be held at 2 p.m. Dec. 7 at the Elks Lodge in Grangeville.

Funeral arrangements are under the direction of Blackmer Funeral Home.

Webster was elected Constable of the new township, Homer, Medina Co., OH, when it was organized in 1833.

Webster "Hokum" and Julia were enumerated in the 1860 Concord, Jefferson Co., WI, federal census. He was a farmer, age 62, she was 36. The only children in the household were Willis 4, and Adalaid Perkins 7.

b. March 1864
Major Shadford Breckenridge was born in March 1864 at OH.1 He married Lucetta Baker, daughter of Aaron Baker and Rosina Holcombe, on 26 February 1884.1

Howard and Catherine were enumerated in the Lorain, Lorain Co., OH, federal census. He was a fireman, age 36, she was 32. Children in the household were Viola 15, Theodore 13, and Daniel 8.