Miss Nancy Holcomb of Tunnel [Broome Co., NY], aged fourteen years, died at the home of her sister, Mrs. B.C. Barnum, at Union, Sunday, Feb. 28, at 1 o'clock p.m., after an illness of only three days. She attended school on Thursday apparently in good health and on Friday was somewhat ailing, but was not considered dangerous until Sunday morning. The efforts of the most skilled physicians of Binghamton could not relieve her suffering, and she died that afternoon. One week before she confessed her Savior in revival meetings being held in the Lestershire M.E. Church, and what consolation her faith was in her dying moments. Her body was brought to her old home at G.A. Holcomb's at Tunnel, where her funeral was largely attended on Tuesday. Her pastor, Rev. Williams, officiating. The text being from St. John 14:1. The floral tributes were many and beautiful showing the esteem in which she was held. Burial was in New Ohio cemetery [Colesville, Broome Co., NY]beside her mother, Mrs. Eunice Ann Holcomb, who was buried just five weeks before; therefore the bereaved family have the sympathy of the whole community in this their double affliction. [MHD notation: d. 1904] 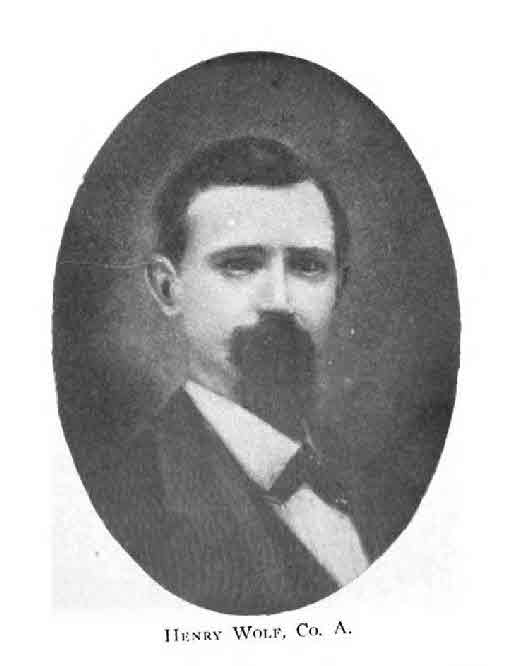 Henry F. and N. R. were enumerated in the 1880 Nashville, Davidson Co., TN, federal census. He was 38, she was 30. He was a bookkeeper born in Tennessee, both parents in Germany; she was born in Tenessee, her father in Germany, and her mother in Alabama.. Children in the household were Annie 13, Florence 10, Luella 8, and William Henry 5.

A female Henry F. widowed, was enumerated in the 1910 Nashville federal census. "She" was 60. Children in the household were Florence 38, Rufus H. 24, son-in-law C.W. Davis 33, and daughter Lula Davis 30. (Note: Mrs. Claude Davis is the one who signed Regina's death certificate in 1910)

There is a FindAGrave entry apparently for a different Henry who died in the 1930's with wife Mary.

Children of Celestina (?) and H. A. Holcombe