Unknown Holcombe was the child of Martin Allen Holcombe and Philancia Patchin.

William is recorded in the 1860 census of Paris, Portage Co., OH as married and living in his parents' home there; moved to Newton Falls, OH, where his father, Harvery was living in his family in 1890.

Children of William B. Holcombe and Harriet Oviate

Dwight was a mechanic.

Children of Harriet Oviate and William B. Holcombe

John W. Holcombe was the son of William B. Holcombe and Harriet Oviate.

Laura Holcombe was the daughter of William B. Holcombe and Harriet Oviate.

Gaylord Thompson was the son of Archibald Thompson and Jacoba Schumann.

b. August 1875
Raymond Holcombe was born in August 1875. He was the son of Dwight M. Holcombe and Ella Maria Thompson.

Wilbert W. Holcombe was the son of Watson Holcombe.

Martin E. Holcombe was the son of Watson Holcombe.

b. 2 April 1849
Helen Mars Holcombe was born on 2 April 1849. She was the daughter of Chester Reuben Holcombe and Julia Ann Patterson.

Wallace C. and Hattie were enumerated in the 1920 Paris, Portage Co., OH, federal census. He was a farmer age 66, she ws 65. There were no children in the household.

Jams and Katherine were enumerated in the 1900 Cleveland, Cuyhoga Co., OH, federal census. He was an attorney, age 43; she was 44. Children in the household were Lida M. 5, and Mary K. 3.

b. July 1894
Lida M. Holcombe was born in July 1894 at OH.1 She was the daughter of James Warren Holcombe and Katherine Merts.

b. August 1896
Mary Katherine Holcombe was born in August 1896 at OH.1 She was the daughter of James Warren Holcombe and Katherine Merts.

Charles Holcombe lived at Newton Falls, Trumbull Co., OH. He was born at Branford, New Haven Co., CT. He was the son of Martin Dennis Holcombe.

Thee is an E. Frank Holcomb, age 3, in the 1870 federal census of Branford in the household of John and S. Emily Holcomb.

From the New York Times:

Frank E. Holcombe, who was general manager of the Kelly Springfield Tire Company factory for twenty-one years until it ws moved from here, died yesterday from a heart ailment, after an attack of influenza. He was born in Granford, Conn., sixty-five years ago and was graduated from the Yale Business College. After leaving the tier concern, he became manager of an Akron foundry andlater was with a silica concern. At one time he ws manager of an office of the B. F. Goodrich Company in New York. He belonged to the Masonic Order and the Akron Rotary Club. Surviving are a widow, the former Miss Grace Wilford of Branford, a son, Wilford Holcomb, Akron business man, and a daughter, Miss Esther Holcomb, instruction in a girls' school at Brewster, Mass.

b. circa 1733
Frederick Phelps was born circa 1733. He was the son of Joseph Phelps and Susannah Eno.

David Crawley Chappell was the son of William Chappell and Elizabeth Dickey.

Dickie Chappell removed from Virginia to Tennessee, about 1820, where he settled in Maury County. He became a wealthy planter and slave-owner, owning at the time of his death more than a hundred negro slaves. His plantation, located on Duck River, was one of the finest and most valuable in that section of the State. Physically, dickie Chappell was a large man, and weighed more than 200 pounds. He had a dark complexion, with black hair and eyes.3

John Watkins Chappell was born at Halifax Co., VA. He was the son of William Chappell and Elizabeth Dickey.

Alexander Chappell was born at Halifax Co., VA. He was the son of William Chappell and Elizabeth Dickey. 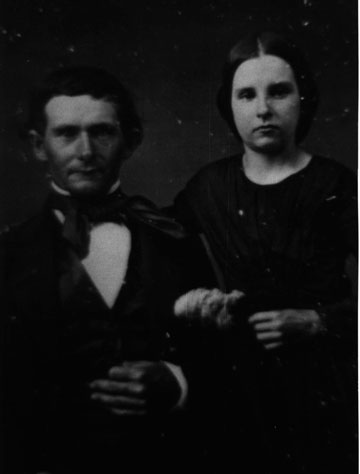 
Edmund, Mable, and Ann were enumerated in the 1860 Granby, Hartford Co., CT, census. Elizabeth Holcombe, age 73, lives with them.

Edmund, Mable, and Ann were enumerated in the 1870 Granby, Hartford Co., CT, census. He was a farmer.

Child of Edmund A. Holcombe and Mabel Wells