b. 1910
Gerald Park Hutcheson was born in 1910 at KS.1 He was the son of George Pierce Hutcheson and Lillian Parks.

James and Chloe were enumerated in the 1870 Hickory, Mercer Co., PA, federal census. He was a farmer, age 59, she was 54. The only child in the household was Walter 27.

Child of Reinold Marvin and Marie (?)

Child of Marie (?) and Reinold Marvin

Children of Edward Marvin and Margaret (?)

Children of Margaret (?) and Edward Marvin

Child of Matthew Marvin and Elizabeth (?)

Child of Elizabeth (?) and Matthew Marvin 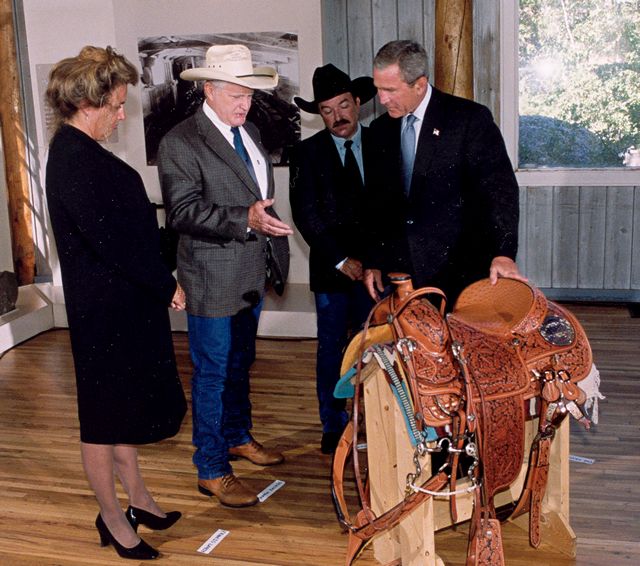 As a young man "Butch" was an Eagle Scout and attended the National Boy Scout Jamboree in Valley Forge. He was later an All-District Co-Capt of the football team, track team and participated in several other sports, was Class Favorite, a Class Officer and Ag. President for the Goats and graduated from Groesbeck High School in 1962. He later attended Sam Houston State University where he was a member of the Agricultural Marketing Club, was President of the Livestock Judging Team, which received numerous awards, and was an avid supporter of the Agricultural FFA. Benton graduated with a Bachelor of Science in Biology in 1967 and the following year received his Master of Arts in Agriculture from the same University and later became a member of the Sam Houston Alumni Board for College Rodeo.

He was inducted into the United States Army in 1969 and served as a medical technologist stationed in Sandia Army Base, New Mexico during the Vietnam conflict where he earned the national Defense Service Medal for Sharpshooter. Benton served his community as a member of the Groesbeck School Board and was a Master Mason in Groesbeck Lodge #354.

In 1972 he began a saddle and tack repair business associated with a feed store he owned at the time. He made the first custom saddle in 1975 as a hobby and spin-off of the repair business. Benton Moore Saddlery, a custom hand made saddle company, was born.

Located in Groesbeck, Texas on the leading edge of the Historic Great Plains, the scenery serves as a constant source of inspiration for the premier quality, one-of-a-kind saddles being hand crafted in the saddle shop.

Popular as Rodeo timed events equipment, the saddles made at Benton Moore Saddlery are tough and durable. You can see them in action in the Rodeo arena as Team Roping, Calf Roping, Tripping, Barrel and Pole Bending saddles. Just ask WORLD CHAMPION TEAM ROPER Walt Woodard about the saddles he rides. Woodard, the 1983 World Champion endorses the Benton Moore saddles.

Benton Moore believes in custom tailoring each saddle. “The thing that sets us apart” says Benton, “is our ability to individually custom fit each horse and rider.” Over 25 Years of experience is going into each hand made saddle being crafted at the saddle shop today. Attention to detail is the primary focus in the manufacturing process. “Our specialty is an ability to alleviate soreness and saddle fitting problems and thus maximize efficiency and enjoyment for both horse and rider.” The end result is a one-of-a-kind masterpiece that will serve well and gain in value as a cherished piece of art.

Benton's first love was working his ranch in Thelma, Texas. He had only recently retired from the Professional Rodeo Cowboys Association as a team roper when he died. He was an all around cattleman. He was also the Texas State Senior Outdoor Archery Champion for 2004. He especially enjoyed spending time with his sweetheart, Patricia.

He was selected to create the "Saddle of Independence" to be given to President Bush by the Black Hills Stock Show Foundation not long after 9/11.

He died of a blood clot while hunting in Wyoming, a favorite pasttime. "Butch," as he was sometimes called, had lived in Groesbeck for the majority of his life, was a devoted father, a respected businessman, a good and loyal friend, a genuine cowboy, a great America and a life long Methodist. He is survived by his son, Clayton Moore, of Groesbeck; step-sons, Christopher Clemons of Dallas and Robert Clemons along with wife Amy and daughter Chloe, of Port Harcourt, Nigeria. He is also survived by his sister, Betty Moody and husband Doyle, of Waco, his brother, Terry A. Moore and wife, Cheryl, of Plano. Also, nephews, Frank Jackson of West Palm Beach, Florida, Gary Jackson of Prosper, David Jackson of Dhahran, Saudi Arabia, cousin, Robert Cook of Birmingham, Alabama, and several great-nieces and nephews as well as his devoted friend and loving companion, Patricia Ortiz.

Boyd and Euleta wee enumerated n the 1910 Justice Precinct 8, Limestone Co., TX, federal census. He was a farmer age 28, she was 24. There were no children in the household.

Boyd and Eulita were enumerated in the 1920 Justice Precinct 8, Limestone Co., TX, federal census. He was a farmer age 38, she was 34. Children in the household were Morese 8, Maurine 8, Callie 5, and Minnie M. 2 years 1 month.

b. circa 1819
Jonathan Haines was born circa 1819 at OH. He was the son of Allen Haines and Sarah Ballinger. Jonathan Haines married Mary Jane Sprague on 15 March 1840 at Champaign Co., OH.