William Henderson was the son of Frank S. Henderson and Pearl Griffin Bender.

Ruth Henderson was the daughter of Frank S. Henderson and Pearl Griffin Bender.

Marie Henderson was the daughter of Frank S. Henderson and Pearl Griffin Bender.

b. circa 1908
Elizabeth Budd Henderson was born circa 1908 at AL.1 She was the daughter of Frank S. Henderson and Pearl Griffin Bender.


Survivors include his wife, Wilhelmina Hart Hooks; a son, Mr. Slade Hooks, Jr; a daughter Aurelia Hooks Benton; a stepson, Henry A. Schwarz, III; six grandchildren, Bennett Slade Hooks, III, Charles David Hooks, Patricia Ann Hooks, Roy H. Benton, IV, Thomas F. Benton and Aurelia B. Benton all of Mobile and other relatives. Visitation will be at the funeral home on Sunday evening from 6-8PM. A rosary service will be held at 7pm. Mass of Christian Burial will be celebrated from St. Dominic's Catholic Church, Monday, December 18, 1995 at 9:30am. Interment will be in Belle C. Hooks Cemetery. Donations may be made to: St. Dominic's Catholic Church or the Salvation Army. Arrangements by Radney Funeral Home, Dauphin St., Ext., Mobile, AL.

Fran and Joe were high school sweethearts, married in 1971 and moved to the Salmon Valley, Idaho, in 1972. They bought the beginnings of their ranch on Hayden Creek up the Lemhi River in 1973. They started Wilderness River Outfitters in 1972. Joe lived life to the fullest. Most of his days were spent in the outdoors, whether on wilderness adventures, working on the ranch, climbing mountains, riding the range or chasing an elk up many a mountain top. He loved the land and rivers deeply and was truly an adventurer. Joe's passion and love of wild mountains and rivers lead him to many exciting adventures in Idaho, Montana, Alaska, South America and New Zealand. Joe's other love was his beloved Hayden Creek Ranch. He took great pride in his beautiful ranch and never tired of taking care of his cattle herd and property, known to be a hardworking man of impeccable character. Joe was instrumental in creating both the Lemhi Regional Land Trust and Child Life Support Services, Inc. The Land Trust was created to help maintain Lemhi County's agricultural ranching base.

Following a bone marrow transplant in August 2005, Joe recoved to enjoy running most every trip offered by WRO in Idahoe, Montana and Alaska. Following his death, Fran continued to live on the ranch and work with Amy and Seth in the business. He was buried on a mountain top on his ranch. During his illness, Joe and Fran were introduced to the Children's ward at St. Luke's Hospital which lead to their foundation of Child Life Support Services, Inc., a nonprofit foundation with a goal of enhancing the lives of disabled children through nature based activities and programs. Following her death, Fran was buried beside Joe on their ranch.

A Poem for Joe by Amy:

b. 3 February 1972, d. 6 June 2010
Jon Foster Steele was born on 3 February 1972 at Mobile, Mobile Co., AL. He was the son of Jon Steele and Margaret Rose Ingate. Jon Foster Steele died on 6 June 2010 at New Brunswick, Middlesex Co., NJ, at age 38. He was buried on 7 June 2010 at Beth Abraham Cemetery, East Brunswick, NJ. Jon Steele, beloved son, brother and friend, passed away on June 6, after struggling with severe illness for many years. Jon was born in Mobile, Ala. on Feb. 2, 1972. In 1990, he graduated from Highland Park High School, where he discovered his lifelong passions for literature, art and music. Jon attended Sarah Lawrence College, Middlesex County College, and Mason Gross School of the Arts at Rutgers University. Under the guidance of his teachers, Jon developed his natural talent as a photographer. At Rutgers, he served one year as photography editor of The Targum.

Jon lived most of his life in Highland Park, N.J., but also resided in San Francisco, Calif., which he loved for its beauty. Jon loved to travel, and had visited France and Israel, and many places in the U.S. Most recently, Jon traveled to Ireland with his stepfather David, and his brothers, Yosef and Dov. From his childhood on, Jon had a strong concern for social justice and empathy for the suffering of the oppressed and downtrodden, wherever they were. Jon was generous in sharing whatever he had with others.

Jon was predeceased by his grandparents, Paul and Vivian "Bibi" Steele of Fort Walton Beach, Fla. and Frederick and Margaret Ingate of Mobile, Ala. Jon is survived by his mother and stepfather, Margaret Ingate and David Simen; his brothers, Yosef and Dov Simen; his father and stepmother, Jon and Vieva Steele; his brother and sister, Matt and Annemarie Steele, and stepsiblings, Robbie and Laurie Olsen. Funeral services were held on June 7. Jon's family is grateful for the kindness extended to Jon during his life and the support given to them as they mourn his loss. The family requests that memorial contributions be made to NARSAD or a charity of your choice. 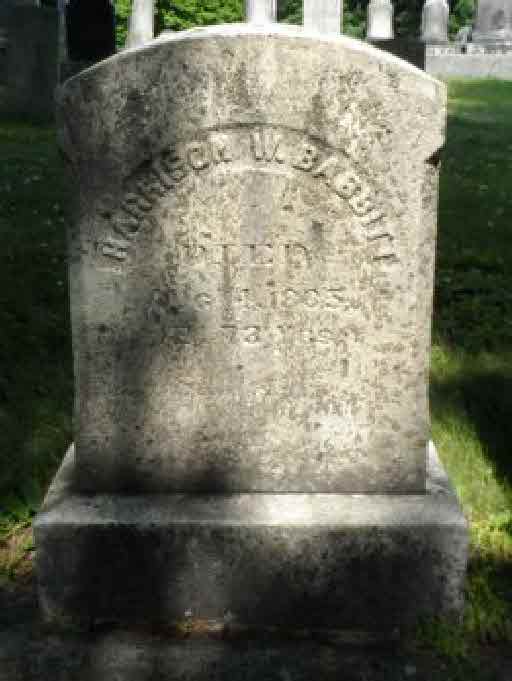 Harrison and Marilla were enumerated in the 1850 Worcester, Worcester Co., MA, federal census. He was an auctioneer, age 38, she was 24. There was only one child in the household, Clara 1.


Harrison and Marilla were enumerated in the 1860 Worcester, Worcester Co. MA, federal census. He was a peddler age 45, she was 42. Children in the household were Clara 11, Edwin 9, Frank 7, and Mary 4. 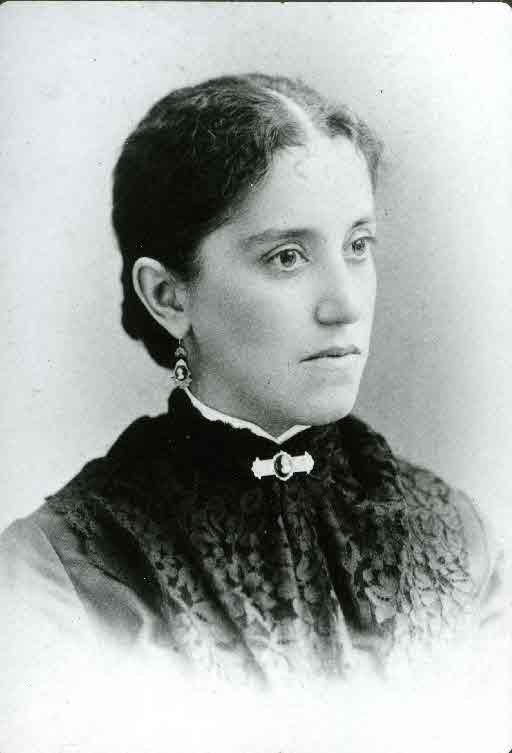 from the Barre Gazette:

"The announcement of the death of Mrs. Wyman, formerly Mrs. Harrison Babbitt, was a surprise to her many friends in this town, where she had been visiting only a short time before her death. It seems that she was taken with the illness that proved fatal shortly after leaving here, and while visiting at her daughter's (Mrs. Bradley) at Oakdale. The funeral services were held in the Congregational Chapel, in this place, on Thursday of last week, with the attendance of a considerable number of her friends and former neighbors. Rev. William. A. Converse, a brother of the deceased, of Piermont, N.H., was present at the services, with his wife. He, with a sister, who was not able to attend, are now the only surviving members of a family of twelve. Mrs. Wyman was a woman greatly devoted to her children, and her life illustrated the home virtues. She was a person of much thought, an could express herself readily, both in conversation and with her pen. Not a few of her poems have been published." Christian Observer: "Marilla Theresa Converse, widely known as a contributor to our columns, over the initials of "M.T.B.," and wife of the late Harrison W. Babbitt of Bare, Mass., died, Jan. 5th at the home of her daughter, Mrs. Mary A. Bradley, in Oakdale, Mass. "She was born in Lyme, N.H., Sept 7th, 1826, and in her childhood became a Christian, and learned to love the Christian Observer, published by cousins in a far away State, for which she frequently contributed both prose and poetry in later years. "Abby M. Converse (C.M.A.), her eldest sister, wrote for the Observer many years ago. After her death, through a remarkable experience, the sister's mantle fell upon Marilla, and she immediately began writing. "She was married to Harrison W. Babitt. May 18th, 1848, and for nearly forty years led a most devoted home life at Worcester and Barre, Mass. "Into that home were born four sons and three daughters. In early manhood one son was called from the family circle. The other children survive her. With all the home devotion she still found time to lay a sympathizing hand on the brow of the sick, to close sightless eyes, to pray with and comfort bereaved ones, and labor earnestly for church, charitable and missionary work. "Mr. Babbitt died, August 4th, 1885, at Barre. Two years later she was married to Dea. Harrison Wyman of Hubbardston, Mass., in whose home she sincerely devoted her life till his death August 30th 1891. "The poem, "Waiting," which we print on the first page this week, was found in her writing desk after her death. It was among the last, if not the latest, of her poems."