b. 11 November 1862
Alfred Lincoln Babbitt was born on 11 November 1862 at Barre, Worcester Co., MA. He was the son of Harrison Willard Babbitt and Marilla Theresa Converse.

b. 2 January 1867
Milton Peck Babbitt was born on 2 January 1867 at Barre, Worcester Co., MA. He was the son of Harrison Willard Babbitt and Marilla Theresa Converse.

Joel Converse Jr.'s farm, where he lived and died, was purchased from his father, and consisted of a hundred acres one mile west of his father's farm. One large pine tree, four feet in diameter, was, however, reserved by his father to give to the eldest son, Lyman, for shingles, and is is said that some of those shingles are doing service now (1900). One of his early memories was that of his father starting Lyman and himself with oxen and steers to church, in winter, four long miles, for an all-day service. The Bixbys and the Dimicks added two or more yokes, and the sled was filled with boys and girls from the numerous families.

from "The New Hampshire Statesman":

Mr. Joel and Mrs. Abigail converse, of Lyme, celebrated the fiftieth anniversary of their marriage on Monday, 11th inst., being the same day of the week as the original wedding day. The day dawned serene and beautiful. the first morning of Creation could hardly have been fairer or more lovely. About noon the invited guests began to assemble, paying their first compliments to the pantry with their well filled baskets. At one o'clock p.m. the exercises of the occasion commenced with reading the 108d Psalm, by the Rev. Erdix Tenny, their pastor for thirty years. Rev. E. H. Smith, also of Lyme, offered prayer, in which thanks were rendered for the mercies which had crowned the lives of the aged pair and their numerous family; also that a kind Providence permitted them to rejoice in their quiet home, far away from the noise of battle and the tumult of war. He earnestly implored the Divine favor to rest upon them yet longer, even through their earthly pilgrimage to the peaceful shore of the heavenly land. Next came the singing of Lenox and other tunes of the olden time, which carried many of the audience back their youthful days and their unfading memories. Then followed happy and appropriate remarks by the Rev. Messrs. Smith and Tenny.

The venerable pair were then requested to be seated, so that the friends might have an opportunity to pass around to give their friendly greeting. The clergymen and their wives went first; then a couple both over eighty years of age, who had rode four miles over rough, muddy roads to be present at the first golden wedding ever celebrated in the little quiet town of Lyme. The remainder of the guests followed; then the children and grand-children, down to the youngest, who gave his little dimpled hand into the palm of the silver-haired grandfather, and then kissed the dear grandmother, whom he had come so many miles to see. The aged pair were no losers by this ceremony of shaking hands. Some shook so heartily that bills and shining coin fell profusely as the brown nuts in autumn. Several letters were received, containing kind congratulations, and something yet more substantial; also regrets that illness alone prevented the writers from participating in the festivities of the occasion. Next came the reading of the following lines by one of the family, which seemed to give much satisfaction. [Necessarily omitted. --Publishers of the Statesman]

Other contributions were also read. Then came the singing of the following Hymn, in tune Coronation, written for the occasion by Mrs. Sigourney, of Hartford, Conn.

What do these April breezes bring
Where sands of lite run low?
Sweet memories from our tree of life,
That with warm radiance glow.

A bridal scene, a joyous train
of friends who circle round,
With hand to hand and heart to heart,
Our chains anew are bound.

And though the tear might sometimes flow,
Or cares our pathway shroud.
They in this Golden Wedding throw
No dark, enduring cloud.

Again life's pleasant evening brings,
In its unearring flight,
Praise for the mercies of our God,
Trust in his arm of might.

A stronger faith that links our love,
So firmly twined below,
May be cemented where the smiles
Of saints and angels glow.

This social interview should close
With blessings on each heart;
We bid our guests a short adieu,
As soon on earth we part.

Then the following beautiful and appropriate poetry, from the same lady, though not written for this occasion, was read:

A lamp that fifty years hath burned
With undiminished light,
Through blasts might sweep, or tempests blow,
Or rains descend and tear-drops flow,
Mid gloom of sorrow's night.

A flower that half a century bloomed
With ever brightning ray,
And pour fresh fragrance on the breeze,
Who knoweth of such things as these?
Where all things fleet away.

They know, who standing side by side,
This day their vows renew,
The undying lamp 'twas theirs to light,
And rear the flower that fears no blight,
Still led by heavenly dew.

Oh, lamp of Faith! Oh flower of Love,
Whose blended beams so long
Have light around their pathway shed,
Still cheer them till their steps are let
Up to the white-robed throng.

At this point of the proceedings the bride arose, and invited the two ministers and their wives, with as many others as could find standing-place, to follow her to the adjoining room. In one corner stood a loft bed, made in the olden style, on which was spread a new and beautiful patch-work quilt, the skillful work of her own trembling hands. This she presented to her pastor's wife. To her pastor, she presented a book entitled "Past Meridian," when, turning to the company, she said, "I trust, friends, you will be very lenient to our pastor, for, if he finds the book as interesting as I have, he will find no period until he turns the last leaf; therefore, I hope you will excuse him, though he should find it convenient to exchange." A sealed package was presented to Mrs. Smith. All of the gifts were welcomed, and suitable thanks returned. The aged couple received several books, among which was "The Churches of New Hampshire," given by their pastor; "Past Meridian," by its author, whose contributions had given so much pleasure to all present, and "Noble's Appeal," sent by two little grand-daughters, who, with their parents, where not present on the occasion.

While the tables were being laid in the spacious old kitchen, the time was passed in pleasant conversation. A gentleman present, a son of the minister who half a century since united the happy couple, was playfully asked to tie the knot over. "No," replied he, "If my father could not tie a knot that will hold more than fifty years, it ill becomes me to try my hand at it." Only three of the five children, now living, and four of the fifteen grand-children, were present.

The bride was neatly dressed, wearing but a single ornament; a beautiful little pin, sent by an aged sister, two hundred miles, as a bridal present. There are only two persons now living who witnessed the first marriage ceremony. At five o'clock the whole party gathered around the festive board, which was arranged in a tasteful manner. Near the center stood, side by side, two mammoth loaves of cake, nicely frosted. One was a genuine wedding cake, made by the trembling hands of the aged matron, and, strange to tell, the first wedding cake ever made by her. The other was the gift of two generous sisters, school-mates of the bride when a child. Near each end of the table stood two pyramids, snowy white, sent by two young friends who were most gratefully remembered. Other loaves of cake, less conspicuous but not less palatable, occupied their respective places. Snowy bread, golden butter, maple honey, with fragrant tea, made up the complement of refreshments. The old clock, which had ticked in its cozy corner so many years, never looked down from its lofty heights on a happier group, or a more bountiful repast. As the company left the table the matron repeated this most apt verse, "We shall eat in plenty, and be satisfied, and praise the name of the Lord your God."

The exercises were closed by singing. The guests, both old and young, united in pronouncing this to be one of the happiest days ever experienced, and took their leave with a hearty "God bless you," to the newly married pair. 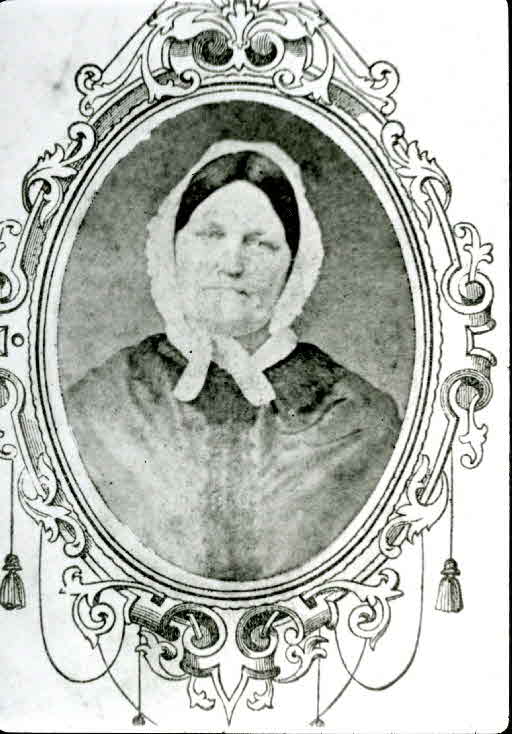 A news story of the 25th wedding anniversary of H.W. Babbitt and M. T. Converse mentioned that the Rev. W. A. C. Converse spoke at the party.

Dr. Coult was a Revolutionary War Patriot; enlisted 1777 and 1778, served as surgeon's mate. His diary now in the possession of the family gives his service. He says, 1779, "received orders from Governor Trumbull to raise a small guard and take command of post at the mouth of Connecticut river. I resigned my commission to my brother John, and returned to my study."

Amherst was enumerated in the 1800 Lyme, Grafton Co., NH, federal census. There appears to be 3 sons and 5 daughters in the household.

The Killingly, Conn., town records give the date of his birth as 12 September 1750. Mr. William G. Hill gives the date as 2 September 1750, a difference explainable by the change in reckoning from old to new style, but an old family bible in the possession of Herbert Bradley Converse of Claremont, N.H. gives 22 September 1750 as the date of Joel's birth.

Joel was one of the first settlers of Lyme, NY, where, in 1788, he selected a piece of wild land on a high hill now indicated on maps of the town as "Davidson's Hill," made a clearing, and erected a frame house. At that time but fifteen families had settled there, "under great hardships and discouragements." His wife's brother, Samuel Bixby, and William Davidson had made a settlement there in 1786. In March 1789, he moved his wife and five children to the farm at Lyme, where the remainder of this live was spent. The location of his farm on Davidson's Hill was three miles east of the main road which leads from Lyme to Orford and on the hill road which leaves the main road near lyme Pond. Its outlook toward the southwest and towards the west was a grand one from twelve to forty miles in extent. The intervening hills were lower than that on which the farm was situated, and shut out the view of the Connecticut Valley only, leaving the distant outlook unobstructed. The farm was good wheat land, and it is recalled by one of the descendants of Joel Converse that in those days wheat in that locality "was food, and money too." Joel Converse was said by his son, Amasa, to have served in the American army during the Revolutionary War for a few months only, as he had to provide for a widowed mother. 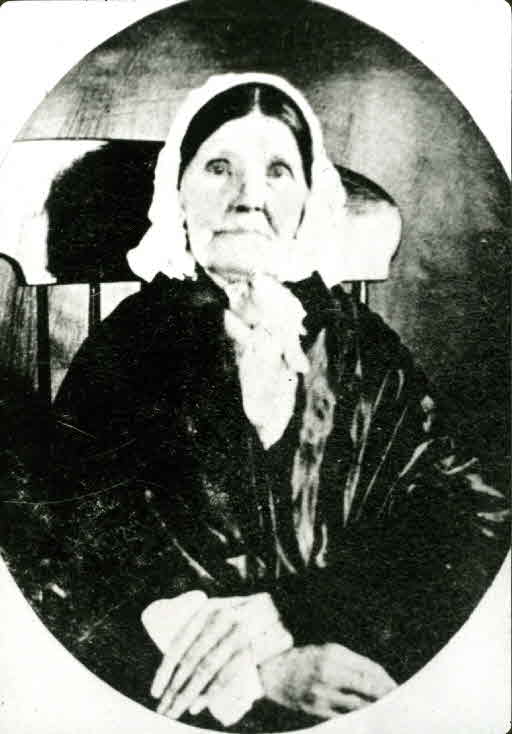 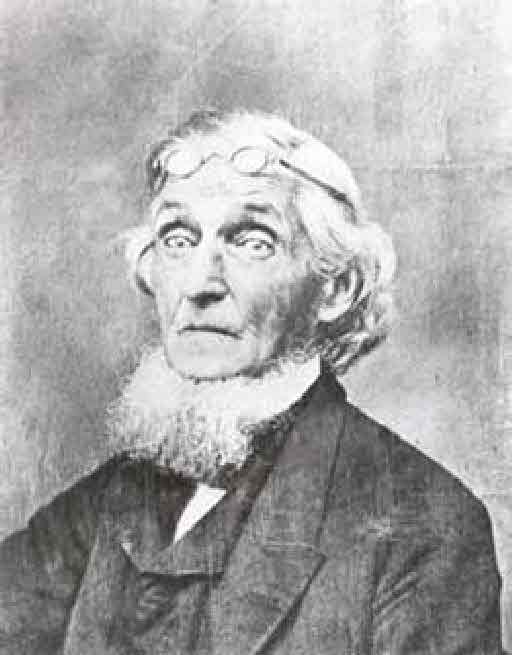 Children of Samuel Convers and Dorcas (?)