b. circa 1831
Earl Holcombe was born circa 1831 at NY.1 He was the son of Virgil Holcombe and Sophronia Hubbard.1

E.W. is only assumed to be a son of Virgil because he is enumerated near Virgil in the 1850 census.

b. circa 1819
Lorenzo Holcombe was born circa 1819.1 He was the son of Virgil Holcombe and Sophronia Hubbard.1

Justin is only assumed to be a son of Virgil because he is enumerated on the same page in the 1850 census.


Virgil and Henrietta were enumerated in the 1850 Milan, Monroe Co., MI, federal census. He was a farmer, age 25 born in NY; she was 18, also born in NY. There were no children listed.

Seymour is only assumed to be a son of Virgil because he is enumerated on the same page in the 1850 census.

Child of Seymour Holcombe and Ann (?)

b. circa 1828
Ansel Holcombe was born circa 1828.1 He was the son of Virgil Holcombe and Sophronia Hubbard.1

b. circa 1831
Samuel Holcombe was born circa 1831.1 He was the son of Virgil Holcombe and Sophronia Hubbard.1

Child of Ann (?) and Seymour Holcombe 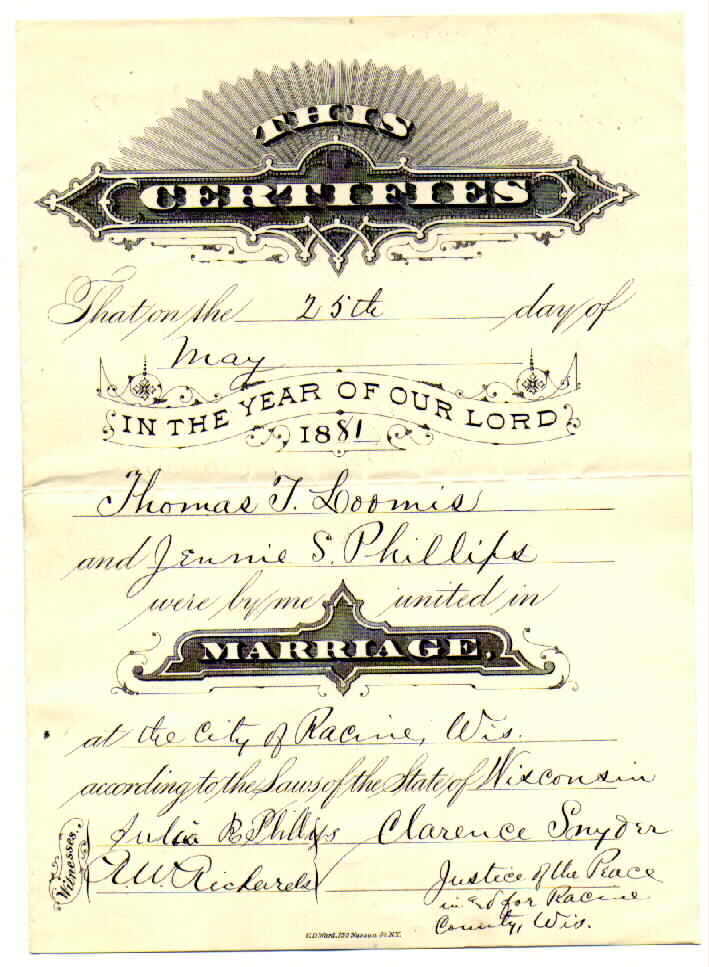 
Mr. Fitch was born in Cleveland, Ohio, Dec. 29, 1912 to Clarence and Florence Fitch. He graduated from Michigan State College and received his master's degree in special education from the University of Michigan. He was a teacher of the deaf and hard of hearing at Rochester, Minn. and Winona, Minn., where he met Mary Anne Griffith, who was a fellow teacher. They married June 21, 1941.


Waring worked with war-deafened persons during World War II in Checkasha, Okla. After the war he became a teacher in the English Dept. at the University of Michigan. The couple moved to Seattle in 1949 to head the state training program. In 1960 he became the first director of Special Education for Highline School District. From there, he was appointed the Seattle School District's supervisor for special education for hearing impaired.


Owning a summer home in Brinnon introduced Waring and Mary to Jefferson County. In 1968 Waring was hired as the Port Townsend School District's special education instructor specifically to work with the deaf and hard of hearing. He retired from teaching here in 1974, although he worked one year to establish an Easter Seal hearing program in the island of Maui, Hawaii. He also co-authored a book, "Hearing Therapy for Children."


Friends remember Waring Fitch as a "gentle and kind man," his wife said. He was a life member of the Washington State Hearing and Speech Association and the first Presbyterian Church of Port Townsend. He liked to travel and garden.


Memorials may be made to First Presbyterian Church or to Hospice Port Townsend, in care of Jefferson General Hospital.