She was found dead by her son, Hyland Gillett. Mrs. Gillett had been in poor health a long time, but got around and did her housework. She was the widow of Joel Gillett, and leaves three children, Mrs. Ola Hatch, Cass Hatch and Hyland Gillett; also seven stepchildren, one brother, Roderick Holcomb, of South Bristol; and one sister, Miss Ida Holcomb, of Canandaigua, also survive.


Additonal information on the descendants of Linus is available from Robin T. Holcomb of Seattle, WA, anholc @ eathlink.net.

Otis and May were enumerated in the 1900 La Moille Twp. Bureau Co., IL, federal census. He was a farm laborer, age 28, she was 30. There were no children in the household, but their had been a birth of a child no longer living.


Otis was enumerated in the 1930 La Moille, Bureau Co., IL, federal census. He was 59 and living in the household of his son Earl.

Children of Otis Gilbert Holcombe and May Leseta Bonnell

Jacob and Georgiana were enumerated in the 1910 May, Lee Co., IL, federal census. He was a farmer age 50, she was 37. Of the 8 children born to her, 6 were still living. Children in the household were Charles 15, Melissa 12, Ethel 9, Mary 5, Benjamin 3, and Otis 11 months. Also in the household was adopted daughter Alma Springer 16. 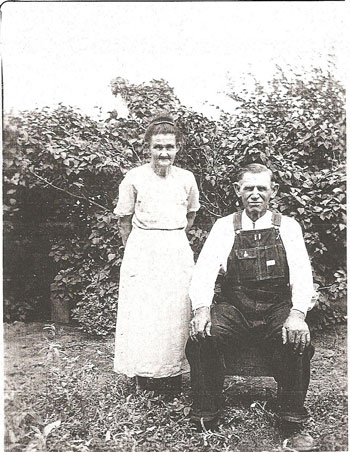 Arthur and Alice were enumerated in the 1900 East Grove Twp., Lee Co., IL, federal census. He was 25, she was 21. Children in the household were Arthur 3, Raleigh 2, and Andrew whose age was illegible, but less than 1.

Child of Rollin Washington Holcombe and Susan A. Vickery

Strangely, Charles is enumerated in the 1920 Sterling, Whiteside Co., IL, federal census, as a widower. He was a loborer age 47. Children in the household were Charles 14, Gilbert 20, and Alvy 18.

SD Holcombe was the son of US Holcombe.

Funeral services for John Duncan Holcomb Sr, FTMC, US Navy (Retired), 82, of Branson, were held Wednesday, November 21, 2001 at Snapp-Bearden Funeral Home in Branson. Burial with full military honors was in Mountain Grover Cemetery, Branson. Visitation was on Tuesday at the funeral home.

Mr. Holcomb was born at Geneva, Ohio, the son of Norton and Florence Holcomb and moved with his parents to Branson in 1920. He attended Mountain Grove School and Branson High School. He enlisted in the Navy in 1938 and transgerred to the Fleet Reserve in 1960 following 22 years of active duty. He served in many battles in the South Pacific and was awarded the Bronze Star aboard the USS Heermann after the Battle of Leyte Gulf. Following his retirement he worked installing water well pumps for 22 years, retiring in 1983 and following that he made fiddles. He was a Pearl Harbor Survivor, being stationed on the USS Cassin in dry dock that was hit by bombs and burned. He was a 50-year-plus member of the Fleet Reserve, a member of the Pearl Harbor Survivors Association, Inc., Chapter 6 of Hollister and American Legion Post #220 of Branson.

Survivors include his wife, Valmore, of the home, two children, Sandra Kay Beets and husband John of Kansas City and John Holcomb Jr and wife Erin of Branson; one brother, Larry Holcomb, of Mildred; one sister, Shirley Blansit of Newark, Ohio and two grandsons; Brock Holcomb, of Oskaloosa, Iowa and Ryan McCall of Branson. He was preceded in death by his parents; five brothers, Walter, Roy, Robert, Ralph and Bill and one sister, Frances Underwood.

Rollin and wife were enumerated in the 1860 Ashtabula Township, Ashtabula Co., OH, federal census. He was a laborer age 26; she was 23. There were no children in the household.

Norton enlisted June 19, 1861 as a resident of Madison, Lake Co., OH for 1 year as a private in Co. O; later re-enlisted for three years as resident of Geneva in Co. D, 7th Regiment, Ohio Volunteer Infantry; discharged at Bellevue Hospital, New York City January 9, 1863; was a farmer 5 ft. 10 in tall, eighte 145 pounds light complexion and hiar and hazel eyes; woulded in the battle of Cedar Mt. Va., three inches above the joint in the left ankle by a fragment of a shell. 2


McPherson says "Lee Clare N. Holcombe, Geneva is a son or near relative" but is seems that Norton L. Holcombe is "Norton LeClair Holcombe" son of Norton B. Holcombe.


Norton and Amanda were enumerated in the 1900 Geneva Twp. Ashtabula Co., OH, federal census, page 11A. There were no others in the household.

Children of Norton B. Holcombe and Amanda C. Coats

b. circa 1841
Mary Ann Holcombe was born circa 1841 at Sheffield, Lorain Co., OH.1 She was the daughter of Peleg S. Holcombe and Elvira Woodberry.1

b. circa 1847
Ellen Holcombe was born circa 1847 at Sheffield, Lorain Co., OH.1 She was the daughter of Peleg S. Holcombe and Elvira Woodberry.1

Children of Amanda C. Coats and Norton B. Holcombe

Oliver H. and Eunice wee enumerated in the 1870 Manchester, Ontario Co., NY, federal census, page 11. He was a farmer, age 38, she was 25. Children in the household were Willis 2, and Stanley 5 months.