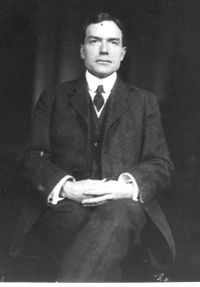 Rockefeller . . . was perhaps best known for his environmental work: He served under five presidents in several capacities related to conservation and the outdoors.

He founded the American Conservation Association in 1958 and was head of Jackson Hole Preserve Inc., a conservation organization that played a major role in protecting parts of the Grand Tetons in Wyoming and redwood trees in California.

Rockefeller also was a pivotal developer of the economics field that became known as venture capital.

Investor from Eastern Airlines to Apple

In 1938 he helped finance World War I pilot Eddie Rickenbacker’s Eastern Airlines, and he later invested in McDonnell Aircraft Corp., Intel Corp. and Apple Computer Inc. He sought to fund ventures that would strengthen national security, welfare or the economy.

“As his younger brother, I always admired Laurance for his extraordinary business skills and often followed his lead by joining him in the field of venture capital, where he was a true pioneer,” said David Rockefeller, the last remaining child of John D. Rockefeller Jr.

Laurance Spelman Rockefeller was born May 26, 1910, in New York, and was the fourth of six children of Rockefeller Jr. and Abby Aldrich Rockefeller. He graduated from Princeton University in 1932 and studied law at Harvard for two years. In 1934, he married Mary French.

He served in the Navy during World War II and became a lieutenant commander.

Rockefeller served on the board of Memorial Sloan-Kettering Cancer Center and became the first recipient of the American Cancer Society’s Alfred P. Sloan Memorial Award for his contributions to cancer research.

Rockefeller is survived by four children, eight grandchildren and 12 great-grandchildren. His wife died in 1997. 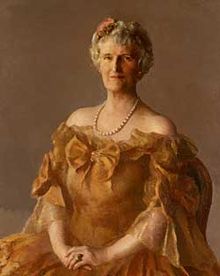 He enlisted into the U.S. 77th Infantry Division in early 1941 and fought in World War II, advancing from Private to Colonel and earning a Bronze Star with clusters and Purple Heart for his actions aboard the troopship USS Henrico after a kamikaze attack during the Battle of Okinawa. He appears in the Infantry Officer Hall of Fame at Fort Benning, Georgia.

Rockefeller married Barbara "Bobo" Sears in 1948 and established a self-admitted reputation as a playboy: unlike the rest of the Rockefeller clan, who were noted for their abstemiousness, Winthrop was a hard drinker. He was divorced from Barbara in 1951.

Rockefeller moved to central Arkansas in 1953 and established Winrock Enterprises and Winrock Farms atop Petit Jean Mountain near Morrilton, Arkansas.

In 1955 Governor Orval Faubus appointed him as chairman of the Arkansas Industrial Development Commission (AIDC). In 1956 he married Jeanette Idris.

Rockefeller fell in love with Arkansas and commenced an assortment of philanthropies and projects for the benefit of the people of the state. He financed the building of a model school at Morrilton, Arkansas, led efforts to establish a Fine Arts Center in Little Rock, Arkansas, financed the construction of medical clinics in some of the state's poorest counties, in addition to making annual gifts to the state's colleges and universities. These philanthropic activities continue to this day through the Winthrop Rockefeller Foundation.

Rockefeller resigned his position with the AIDC and conducted his first campaign for governor in 1964. His campaign was ultimately unsuccessful against the powerful Faubus, but Rockefeller had energized and reformed the tiny Republican Party and had set the stage for the future.

When Rockefeller made his second run in 1966 only 11% of Arkansans considered themselves Republicans. But the people of Arkansas had grown tired of Orval Faubus after six terms as Governor and as head of the Democratic "machine." Democrats themselves seemed to be more interested in the reforms that Rockefeller offered in his campaign than "winning another one for the party." An odd coalition of Republicans and Democratic reform voters catapulted Rockefeller into the Governor's office.

The Rockefeller administration enthusiastically embarked on a series of reforms but faced a hostile Democratic legislature. Rockefeller endured a number of personal attacks and a concerted whispering campaign regarding his personal life.

Rockefeller also focused on the State's lackluster educational system, providing funding for new buildings and increases in teacher salaries when the legislature allowed.

At the 1968 Republican National Convention, Winthrop Rockefeller received backing from members of the Arkansas delegation as a "favorite son" presidential candidate. As his brother Nelson was the concluding a major presidential bid, they became the first, and to date the only, brothers ever to receive votes for President at the same major-party convention.

Rockefeller won re-election in November 1968 and proposed tax increases to pay for additional reforms. Rockefeller and the legislature dueled with competing public-relations campaigns and Rockefeller's plan ultimately collapsed in the face of public indifference. Much of Rockefeller's second term was spent fighting with the recalcitrant legislature.

During this term Rockefeller quietly and successfully completed the integration of Arkansas schools that had been such a political bombshell only a few years before. He established the Council on Human Relations despite opposition from the legislature. Draft boards in the state boasted the highest level of racial integration of any state in the Union by the time Rockefeller left office. When he entered office not one African-American had served on a Draft Board in the state.

In the campaign of 1970 Rockefeller expected to face Orval Faubus, who led the old-guard Democrats, but a young Turk named Dale Bumpers rose to the top of the Democratic heap by promising reform from the Democratic side of the aisle. The youth of Bumpers and the excitement of a new type of Democrat was too much for an incumbent Republican to overcome. Rockefeller had lost the 1970 election but had forced the Democrats to reform their own party.

As a shocking last act, Governor Rockefeller commuted the sentences of every prisoner on Arkansas' Death Row and urged the Governors of other states to do likewise.

In September 1972 Rockefeller was diagnosed with inoperable cancer of the pancreas and he endured a devastating round of chemotherapy. When he returned to Arkansas the populace was shocked at the gaunt and haggard appearance of what had been a giant of a man.

Winthrop Rockefeller died February 22, 1973 in Palm Springs, California, at the age of 60.

The legacy of Winthrop Rockefeller lives on in the form of numerous charities, scholarships, and the activities of the Winthrop Rockefeller Foundation. The foundation provides funding for projects across Arkansas to encourage economic development, education, and racial and social justice.

Rockefeller's political legacy lives on in both the Republican and Democratic parties of Arkansas, both of which were forced to reform due to his presence in Arkansas politics.

Rockefeller was the subject of the 2 December 1966 cover of Time magazine. He's also the "Rockefeller" mentioned in Billy Joel's history themed song "We Didn't Start the Fire".

Winthrop Rockefeller's son Winthrop Paul "Win" Rockefeller served as the Lieutenant Governor of Arkansas. Like his father, Win Rockefeller's political career has been cut short by a devastating cancer.

Complete genealogical and biographical information on the Rockefeller family is at http://archive.rockefeller.edu.

He served from 1981 to 1995 on the Arkansas State Police Commission. In 1991, he was appointed by President George H. W. Bush to serve on the President’s Council on Rural America and was elected chairman. Rockefeller serves as chief executive of Winrock Farms, Inc. and has interests in various small businesses around the state in the areas of retailing, automobiles, farming and the resort industry. He is an active member of the National Federation of Independent Business.

Rockefeller is the immediate past president of the Quapaw Area Council of the Boy Scouts of America and currently serves on the Boy Scouts National Board of Directors.

Rockefeller is well known for representing the more liberal wing of the Republican Party in Arkansas. In the past, he has drawn a great deal of criticism from conservatives for his support of Planned Parenthood and legal abortion. Religious political activists have criticized a fundraiser he held in his home in support of the organization.

He was elected Lt. Governor in a 1996 special election triggered by the resignation of Governor Jim Guy Tucker and the promotion of then-Lt. Governor Mike Huckabee. Rockefeller was subsequently re-elected in 1998 to a full four-year term, receiving 67 percent of the vote. In 1997, he created Books in the Attic, a program using existing resources and volunteers to ensure access to reading opportunities for all children. He was elected once again in 2002 with 60 percent of the vote.

Rockefeller had announced his candidacy for governor and was expected to face the more conservative Asa Hutchinson in the Republican primary election in May 2006. On July 20, 2005, however, he bowed out of the race, citing a blood disorder that could develop into leukemia if untreated. Rockefeller underwent unsuccessful bone marrow transplants in October 2005 and March 2006. He succumed to the disease on July 16, 2006 in Little Rock.

b. circa 1861
Russell Holcombe was born circa 1861 at IL. He was the son of James Harvey Holcombe III and Amanda M.

b. circa 1872
Clinton Holcombe was born circa 1872 at IL.1 He was the son of James Harvey Holcombe III and Amanda M.1

b. 1858
Harriet Holcombe was born in 1858 at IL.1 She was the daughter of James Harvey Holcombe III and Amanda M.1

James and son Wilbur were enumerated in the 1880 Holland, Dickinson Co. KS, federal census. James is divorced. Wilbur is also enumerated in Holland in the household of Chas. H. Wellman as nephew.

Child of James A. Noble and Frances A. Snodgrass

Children of James A. Noble and Luella (?)

Children of Wilbur A. Noble and Minnie Arina Schoff

Minnie Arina Schoff married Wilbur A. Noble, son of James A. Noble and Frances A. Snodgrass, on 20 August 1895 at Bureau Co., IL.1

Children of Minnie Arina Schoff and Wilbur A. Noble

Children of Luella (?) and James A. Noble

Stanley and Della were enumerated in the 1920 Stratton, Texas Co., OK, federal census. He was a farmer age 30, she was 25. Children in the household were Gerald 6, Ethel 5, and Helen 3 yeas 6 months.

Child of Stanley Noble and Della (?)

Child of Della (?) and Stanley Noble