b. circa 1866
Frank Holcombe was born circa 1866 at IL.1 He was the son of William Henry Holcombe and Lizzie Daily.1

Louis and Rose were enumerated in the 1920 Kansas City, Wyandotte Co., KS, federal census. He was a clerk in the county water and light, age 49, she was 43. The only child in the household was Mary R. 3 years 5 months.

Louis and Rose were enumerated in the 1930 Kansas City, Wyandotte Co., KS, federal census. He was collection manager and the water and light, age 59, she was 53. The only child in the household was Mary R., 13.

b. circa 1874
Roy Holcombe was born circa 1874 at KS.1 He was the son of William Henry Holcombe and Lizzie Daily.1

There was a Rose Spaeth enumerated in the 1910 Quindaro Twp., Wyandotte Co., KS federal census in the household of parents John and Carrie. Rose's age was 30 something. Rose Spaeth died in 1972.

George and Verna were enumerated in the 1930 Houston, Houston Co., TX, federal census. He was a farmer age 30, she was 30. Children in the household were Doris 4 years 2 months, Colleen 3 years 2 months, and Verna F. 5 months.

MAXWELL CASE, JR, eighteen-year-old seaman,formerly of Erie and Edinboro, met death "somewhere in the Pacific in defense of his country" the U.S. Navy department announced today. The youth left Edinboro High in his sophmore school year to enlist in the Navy Aug 14, 1941 and was last heard from by Erie and Edinboro relatives in June when he wrote that he was leaving for a post " in the Pacific "

No details of the events surrounding the young second class seaman's death have been revealed by the Navy department and the ship he was aboard has not been revealed. The youth was a native of Erie and following the separation of his parents and death of his father, made his home with his grandparents until their death four years ago. He resided with an uncle, Donald D Case, of Edinboro ...since that time until his entry into the Navy. He is survived by several uncles and aunts...it was reported by relatives..

Although details of the youth's death were lacking, it was believed that he may have been killed in action during one of the naval engagements between U.S. and Jap fleets in the Solomons area.

Note....Maxwell CASE Jr. served on the U.S Destroyer Duncan ....ship was sunk as a result of enemy fire at the Battle of Savo Island., Solomon Islands. ...Maxwell Case Jr was buried at sea....a monument to his death is located at Manila American Cemetery, Manila, Luzon, Philippine Islands....Awards : Purple Heart.

Children of Charlotte A, (?) and Sherman Holcombe 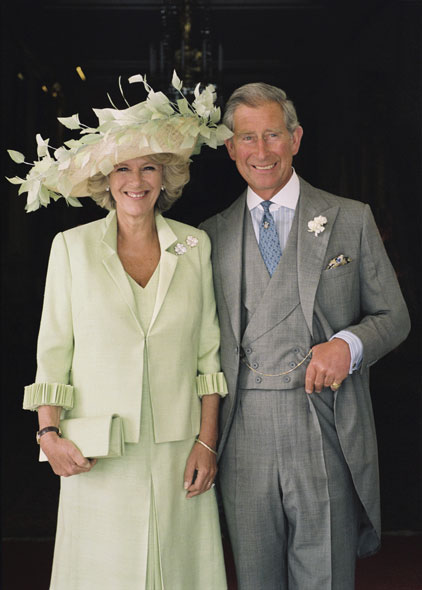 As compiled by William Addams Reitwiesner, Camilla has many notable relatives.

Ironically, she is related to Diana Frances Spencer. Their common ancestor is William Anne Keppel, the 2nd Earl of Albemarle.

She is related to Henry David Thoreau, the essayist through common ancestor Elisha Jones.

She is related to her husband Prince Charles, through their common ancestor Henry Cavendish.

She is related to Jenny Westphalen, wife of Karl Marx, through common ancestor Sir Robert Campbell.

She is related to singer Madonna, Louise Veronica Ciconne, through their common ancestor Zacharie Cloutier.

"Alfred W. Excell, 74--a resident of Palmyra for a number of years died at his home on Main Street Saturday, March 28, at 11:00 p.m., after an illness of several months.

"Mr. Excell was born January 22, 1862 in Kent, England, the son of Alfred and Sara Sharp Excell, and came to America in his early boyhood, locating in Huron, South Dakota where he took up a claim. In 1889, he moved to Whitewater and was employed by the Esterly Harvester Co. After which he purchased a farm near Palmyra where he lived until he moved to the village.

"He married Cora Meister February 26, 1916, who survives, besides he two sons Percy of Highmore, S.D. and Charles of Kenosha. Mr. Excell was a man of good principles, and possessed many good qualities of character and was well liked by his associates and all who knew him.

"Funeral services will be held at 2:00 o'clock this (Thursday) afternoon in the Masonic Temple, the Rev. A. L. Tucker of Footeville and the Rev. M. B. Leisman of Palmyra officiating. Masonic services will be conducted at grave in Hillside Cemetary."

Charles graduated from Palmyra High School in 1915. He was in a class of 14 students. He presented the class history during the commencement ceremony. 1

Charles and Martha were enumerated in the 1930 Kenosha, Kenosha Co., WI, federal census. He worked in an Iron Foundry and was 34, she was 35. The only child in the household was Charles, 7.

The railroad across America terminated in the part of the Dakota Territory where three English Excell brothers (Alfred William Excell, James G. Excell, and Charles M. Excell) settled. It partially explains why they ended up on the edge of the frontier in Indian country -- it was as far as one could go via railroad. Alfred's son, Percy John Excell, more commonly known as J.P. Excell, was born there in 1885. During his boyhood, J.P. Excell's family moved to back to civilization, to Palmyra, Jefferson County, Wisconsin USA. As a young man, J.P. Excell decided to return to the Dakotas because the railroad was hiring workers to expand westward. His soon-wife-to-be, Emma Caroline Stark, left Menominee Falls, Wisconsin (now over-grown by the City of Milwaukee) for the Dakotas (along with a cousin, Julia Stark) to go to teacher's college, teach school and eventually open a café at the terminus of the railroad to serve the growing population of rail workers. Her new venture was called the Princess Café. It was there, that J.P. Excell and Emma Stark Excell met. They were married in 1917. World War I had been raging in Europe since August 1914, but it was not until April 06, 1917, that the U.S. declared war on Germany - an event which may have spurred J.P. Excell and Emma Stark to get married on May 06, 1917. As the war in Europe still raged on in 1919, J.P. Excell filed for a homestead in South Dakota, since the U.S. Government asked for all able-bodied men to enlist as soldiers or to take up farming to support the war effort. Farming was considered a patriotic pursuit since America had to feed itself, its troops, and its European Allies. The war ended on June 1919, and J.P. Excell was awarded a, 160-acre homestead near Highmore, South Dakota, on January 13, 1920, and by 1927 had expanded his homestead to 513.89 acres. 1