Fred and Anna were enumerated in the 1920 Spartensburg Borough, Crawford Co., PA, federal census, ED 39, page 4A. He was a stock dealer, age 50, she was 49. Children in the household were Clarence C. age 29, and Maxwell, age 21. Living next door was Donald D. Case. 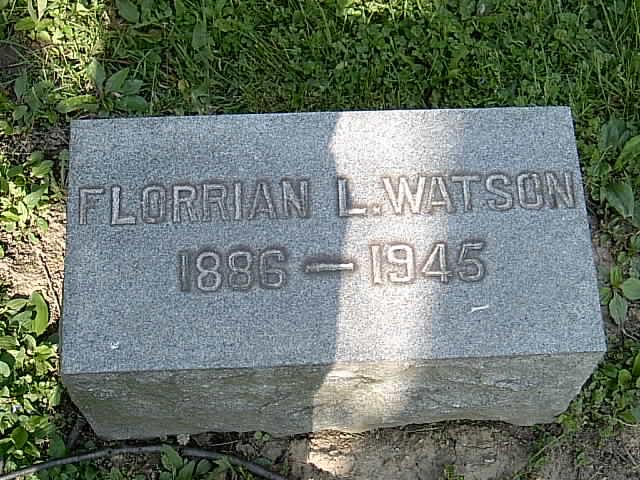 Friends may call at the Glunt Funeral Home, 210 Erie St, Edinboro on Monday from 7 to 9 p.m. and Tuesday 2 to 4 and 7 to 9 p.m. and invited to attend services on Wednesday at 2 pm with the Rev George W Das of the First United Presbyterian Church of Edinboro officiating....Burial will be in Townville Cemetery ( Kingsley Cemetery ), Townville, PA.

Walter came to Butler County, Kansas, in 1873 and taught in the common schools for a number of years. He also served two terms as Supt. of Public Instruction in Morton County, Kansas.

In 1890 he became the editor of a Populist paper in Butler county, and has been engaged in newspaper work continuously since that time except for the period he has held his present position, which was during the Lewelling state administration and the present administration. He is a student of economic questins and earns a fair state reputation as a writer and worker along the lines of prison reform. 1 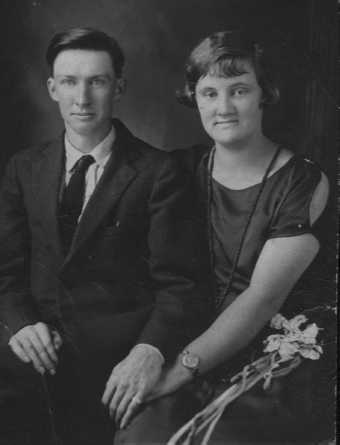 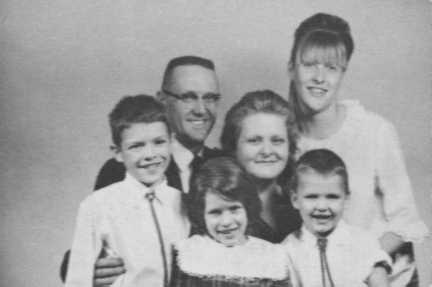 It is probably this Hannibal who was enumerated in the 1900 Douglass Twp., Butler Co., KS, federal census, ED 8, page 7A. His wife Jennie, was born in Illinois in Mar 1869. Children in the household were Raymond 7, and a daughter Anita (?) age 6.

This Hannibal and Jessie were again enumerated in the 1920 Douglass Twp., Butler Co., KS federal census, ED 17, page 2A. He was a merchant age 58; she was 50. His married daughter was in the household with her husband, Charles Anderson, and their daughter Myriam, age 1 8/12. Raymond, apparently their son, was enumerated on page 3A, age 27, a merchant; wife Nellie was 24, and son Raymond Jr. was also in the household.

b. 4 April 1859
Mary Florence Holcombe was born on 4 April 1859 at IN.1,2 She was the daughter of Turner Gloyd Holcombe and Sarah Lucinda Walker.1

b. May 1867
Blanche Holcombe was born in May 1867 at IN.1,2 She was the daughter of Turner Gloyd Holcombe and Sarah Lucinda Walker.1

Obituary of Horatio N Case, The Springfield Republican, May 25, 1889
DEATH OF COL HORATIO N CASE
The death yesterday morning of Col Horatio N Case, for over 30 years president of the Pynchon national bank, came almost without warning. He had spent Thursday at his desk in the bank, and never seemed in better spirits. His wife was awakened by a groan yesterday morning, and found her husband dying. Dr. Chapin was summoned, but Col Case died almost instantly from a stroke of apoplexy. Col Case was born at Granby, Ct, July 24, 1806 and was the son of Abner Case, a prosperous country merchant. Col Case inherited his father' shrewd business methods, as well as his fortune. He was associated with his father in business in young manhood and became active in public and business affairs in Connecticut. He was an active democrat and participated in the gatherings of that party. he was elected to the Legislature and served on Gov Cleveland's staff from 1840 to '42, there gaining his title of colonel. He was offered other public positions, but declined them, refusing once to accept a nomination as state controller.

Col Case's interest in banks began with his business career in Connecticut, which naturally centered at Hartford, and he was a director in the Exchange bank of that city. He moved to this city in 1850, attracted by the enterprise of the town which had been quickened by the growth of the railways. For a time he did not enter into active business life, but was employed in the care of the family estate and made successful investments. He became identified with the old Western bank and was a director, but withdrew his interest before its failure in 1857. When the Pynchon bank was organized in 1853, he was one of its most earnest promoters, and was elected its first president, an office he held with but four years of interruption until his death. Henry Alexander was the first cashier and Willis Phelps and Roger S Moore were directors. Col Case was also for many years a director in the National bank of Redemption at Boston. He resigned the presidency of the Pynchon bank in 1858, and was succeeded by James Kirkham, but resumed the position again in 1662.

Col Case's home life has been a happy one. He married Amoret P Root, daughter of Joel Root of East Granville, October 9, 1850, another daughter of Mr Root being married to Calvin Spencer of Hartford at the same time. The double wedding took place in the Court-street house of Roger S Moore, who had married another daughter of Mr Root. In 1860, Col Case bought a house and lot of Edmund Freeman on Maple street,and had since occupied it. They had one child, a girl, who died in infancy about thirty years ago. The house was made attractive, and in later years Col Case furnished it with valuable paintings. Among them is Wordsworth Thompson's famous painting " The Grand Review at Philadelphia in 1777 " ..He was a lover of flowers, and prided himself on his beds of tulips. He often sent flowers to his neighbors, and was especially thoughtful of the poor in the distribution of such gifts.

Col Case came but little in active contact with public affairs. He served on the board of alderman in 1861-2 and did much officially and privately in raising troops for the front. During a term in the Legislature with Willis Phelps he took an active stand against the Hoosac tunnel scheme. Although a life-long democrat, he often acted independently in later life. Personally Col Case was of pleasing address, and his old associates remember him as one of the handsome colonels on Gov Cleveland's staff. He was rigidly punctual and methodical in business and in private life. He was temperate and even abstenious in his habits and carried his regular methods into his rules for sleeping and eating. Although brought up in the strict orthodox faith, he joined the liberal dissenters in early manhood, and identified himself with the church of the Unity. There he was one of the strong men, and of recent years he became attached to Rev John Cuckson, the pastor. Like most men of natural reserve, his chosen friends were few and enjoyed his intimate companionship. Col Case gave for charitable purposes in a unostentatious way. Of the members of his fathers family, a daughter, Mrs Eveline Case, is living near Boston.The funeral will be held from the house, 92 Maple street, Monday afternoon at 3 o'clock, Rev John Cuckson officiating.