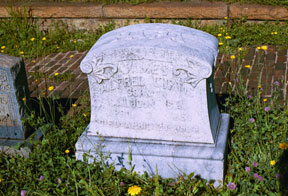 There is a James A. Curtis in the 1920 Atlanta, Fulton Co., GA, federal census (ED 127, page 1B) on East Eleventh Street. He was 68, widowed, and not working. He was in the household of son-in-law Nathan V. Boswell and wife Alma C.

James A. Curtis is enumerated again in 1930 in the Atlanta, Fulton Co., GA federal censusl in the household of son-in-law, Nathan V. Boswell and wife Alma C. He is 68. 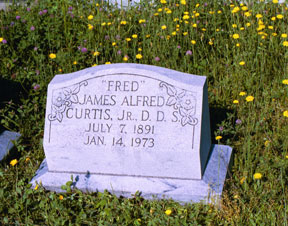 Services for Dr Fred Curtis of 2777 Shady Valley Drive NE will be at 2 p.m. Tuesday in Oakland Cemetery.

Dr. Curtis, a dentist for more than 60 years, died Sunday of cancer.

He was a graduate of Emory University School of Dentistry and had done graduate work at the University of Pennsylvania.

Surviving is his widow.

Children of Phoebe C. Mott and Sevellon B. Morse

b. 17 July 1859
Rancy was a general merchant, planing and grist mills - water powered-, an undertaker and embalmer for 40 years, Postmaster for 8 years, - appointed by John Wanamaker, Postmaster-General, Justice of the Peace, Leroy, Bradford Co., Pa., local arbiter, financial Sec'y I.O.O.F. 20 years; had a winter home in Fla. after 1919.

Child of Lucy A. Morse and Edmund J. Kelley

Child of Edmund J. Kelley and Lucy A. Morse

Children of Nina B. Morse and Ernest M. Colton

Child of Perley B. Morse and Hazel Donavan

b. 10 November 1884
Eva May Berry was born on 10 November 1884 at Medoc, Jasper Co., MO. She was the daughter of William Monroe Berry and Barbara Ellen Root. Eva May Berry married James H. Holcombe, son of Orlando Holcombe and Jida Stultz, on 13 September 1909 at Enid, Garfield Co., OK.

Children of Eva May Berry and James H. Holcombe