John Worthington Holcomb, 81, of Windsor Locks, formerly of Simsbury, passed away peacefully at home surrounded by family, on December 9, 2005.

John grew up in Simsbury and attended Simsbury High School. He married Janet Fayne Brown on March 25, 1950. Mr. Holcomb was a carpenter for many years and built two of his own homes. He was later employed by, and retired from, the Town of Simsbury Parks and Recreation Department. He had many varied interests. John was an accomplished cabinetmaker, and one of his joys was to build furniture from difficult to find old chestnut boards. His family members are blessed with many of his fine pieces. He was an avid camper all of his life, from tents to motor homes. He loved travel and the camaraderie of his friends among the National United Methodist Campers.

Besides his wife, Janet; he is survived by his son and three daughters, Tyler W. Holcomb and his wife, Marilyn, of Barkhamsted, Hillary F. Hutton and her husband, Mark, of Vienna, Maine, Jo-Ann H. Carl and her husband, John, of Tolland, Mass., and Carolyn A. Poitras and her husband, Jim, of West Simsbury; and his seven grandchildren, Lucinda and Schuyler Holcomb, Hillary and Casey Carl and Jessica, Joshua and Joseph Poitras

Burial will be private. A memorial service will be celebrated at Wesley United Methodist Church, 55 North Main Street, East Windsor at a later date and time to be announced by the family.

b. 6 November 1877, d. 16 August 1904
Millie is listed as "Milly Russell" in Seth's book and as "Millie Cowles" in Carol's book. Since they are best of friends, you would not expect them to disagree, so Seth offered this explanation in his book:

"The Birth Certificate for Ralph Ernest Holcomb states that his mother was Milly Cowles, who was born in West Granville, Massachusetts. The Death Certificate for Milly says her parents were John E. Russell and Anna E. Holcomb. John E. Russell married Anna Howard; they had two children: Hubert Lyle Russell and Milly Russell. John and Anna (Howard) Russell were divorced. Anna then married Harvey Cowles. Ana and Harvey had three children: George, Walter and Grace. Grace later married a Willoughby. The two russell children went by the name of Cowles, beginning when all five chilldren went to school together. Hubert Lyle Russell, going by the name of Cowles, had the Cowles Store in Granby; he died in 1930."

Seth notes that "He was a compulsive gambler; they were divorced after a few years. Winifred lived on Hatchet Hill Road, East Granby; she was a nurse for many years, employed at Holly Hill Convalescent Hospital, Simsbury. In 1939 she purchased a dwelling on the south side of Hartford Avenue, Granby in the name of Winifred M. Revitch."

Ralph and Annie were enumerated in the 1930 East Granby, Hartford Co., CT, Federal census, district 112. He was a manager of a tobacco farm, age 27, she was 35. There were no children in the household.


Ralph served two terms on the Simsbury Board of Finance in the late 1940s and 1950s. He was General Manager and tobacco consultant for Culbro Tobacco for many years prior to his retirement in 1989.4 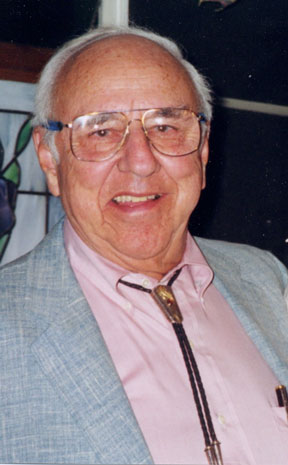 Ada-Chase Holcombe Caswell, formerly of Darien and Sea Island, Ga., an active volunteer who served as a nurse during World War II, died in her sleep on Sunday, Sept. 27. Mrs. Caswell, 85, was the wife of the late Cameron Caswell.

Mrs. Caswell was born June 9, 1924, at home in Farmington to the late Marguerite Chase and John Marshall Holcombe Jr. She attended Miss Porters School and served as a member of the Red Cross Volunteer Nurses Aide Corps for 6,500 hours at the Hartford Hospital during the war.

Her volunteer work later included more than 30 years with the Childrens Aid Society as well as lifelong membership in the Junior League and Garden Club of Darien. She later served as a member of the board of the Blue Ridge School in Virginia and for years was chairman of and helped organize the annual New York Auxiliary Ball.

Mrs. Caswell will be remembered for the gardens she created as well as her love and skill on the tennis court and golf course. Some of the happiest stories revolved around her marriage to her late husband and, recently, the years she considered herself "so lucky" to spend with Jay Logan and his family, her family said.

"In her two months at Connecticut Hospice, she never lost her cheerful spirit, positive outlook or her remarkable ability to laugh with her family and friends," said those who knew her. "Everyone who ever met her remembered their time together fondly and often heard her say, I love people!

She was admired and adored by an enormous clan of people she befriended over the years and so many to whom she offered help and reassurance during difficult times in their lives."

She is survived by her sons, grandchildren, nieces, nephews and brothers, John Marshall Holcombe III and Allan C. Boas.

She was predeceased by her sister, Gloria H. Barlow, who died a few months ago, and her brothers, Robert W. Boas and Herbert A. Boas Jr.

A celebration of Mrs. Caswells life will be held at Evergreen Woods in North Branford at 2, on Saturday, Oct. 24.

Mr. Holcomb is a native of Connecticut, where he spent 76 years of his life. A memorial service will be held on April 2, 2017, at the O'Brien Funeral Home from 2 to 4 p.m.