b. December 1889
Lillie D. Payne was born in December 1889 at KS.1 She was the daughter of Charles T. Payne and Della Wolfley.1

b. circa 1857
Mary McCurry was born circa 1857 at MO.1 She was the daughter of Harbin Wilburn McCurry and Elizabeth Edna Creekmore.1

Francis Conway was born on 15 September 1696 at Richmond Co., VA.1 He was the son of Edwin Conway Jr. and Elizabeth Thornton.1 Francis Conway married Rebecca Catlett on 21 October 1717.1

b. circa 1862
Sophronia McCurry was born circa 1862 at MO.1 She was the daughter of Harbin Wilburn McCurry and Elizabeth Edna Creekmore.1

Spencer Seals was born circa 1780 at probably VA.1 He married Elizabeth Burnley, daughter of Henry Burnley and Lucy Barksdale, on 25 November 1805 at Warren Co., GA.1 Spencer Seals died circa 1847 at Talladega Co., AL.1

b. circa 1789
Harry Pettibone was born circa 1789.1 He was the son of Capt. Jacob Pettibone and Rosetta Amanda Barber.1

Child of Etta Coleman Williams and Emory A. Hillhouse 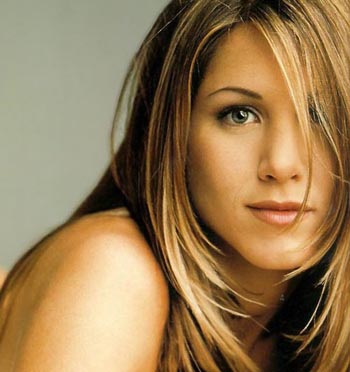 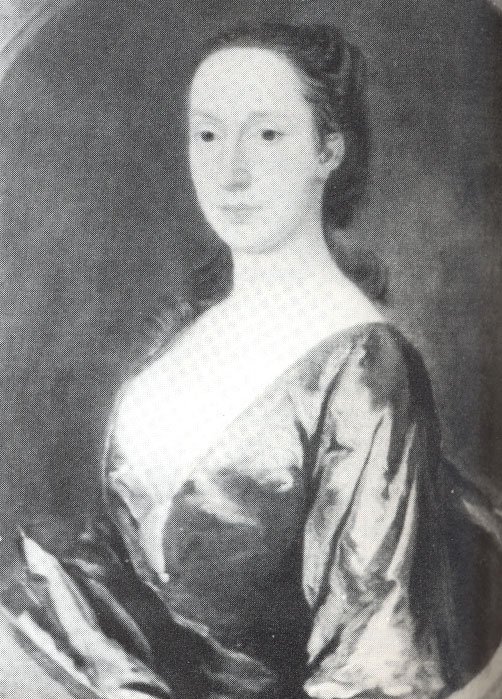 Thomas C. and Margaret B. were enumerated in the 1930 Peru, Chautauqua Co., KS, federal census. He was 80, she was 60. The only child in the household was Ruth 30, a school teacher.
He was buried at Peru Cemetery, Peru, KS. 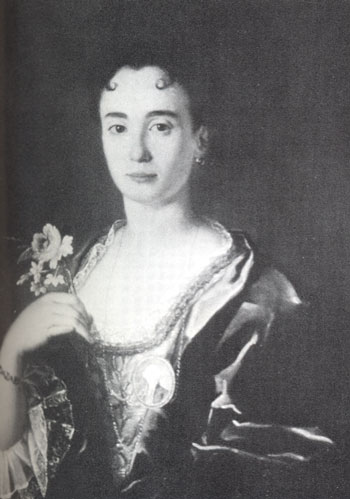 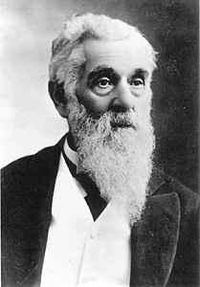 Snow was the fifth child and first son of Oliver Snow and Rosetta Pettibone, residents of Mantua, Ohio, who had left New England to settle on a new and fertile farm in the Connecticut Western Reserve. Despite the labor required on the farm, the Snow family valued learning and saw that each child had educational opportunities. Lorenzo received his final year of education at Oberlin College, which was originally founded by two Presbyterian ministers. Snow later made his living as a school teacher when not engaged in church service.

In 1831, Joseph Smith, Jr., the Latter Day Saint prophet, took up residence in Hiram, Ohio, four miles from the Snow farm. The Snow family were Baptists, but soon took a strong interest in the new religious movement. Snow recorded that he heard the Book of Mormon being read in his home in Mantua and met Smith at Hiram in 1831. By 1835, Lorenzo's mother and his older sister Eliza Roxcy Snow, had joined the Latter Day Saint church. Eliza soon moved to the church headquarters in Kirtland, Ohio, and worked as a school teacher. She, in her biography of Lorenzo, claims to have fostered his interest in Mormonism while he was at Oberlin. She invited Lorenzo to visit her and attend a school of Hebrew newly established by the church. During his visit there, in June 1836, Lorenzo was baptized by John F. Boynton, a member of the Quorum of the Twelve Apostles.

While living in Kirtland in 1837, Snow was called to serve a short mission in Ohio, traveling "without purse or scrip." He recorded that relying on the kindness of others for his meals and lodging was difficult for him, as he had always had sufficient means to care for himself. When he returned to Kirtland in 1838, Snow found Smith's followers in turmoil over the failure of the Kirtland Safety Society. Snow and the members of his extended family chose to move to Missouri in the summer of 1838 and join the Latter Day Saints settling near Far West. Snow became seriously ill with a fever, and was nursed for several weeks by his sister Eliza.

On his recovery, Snow left for a second mission to Illinois and Kentucky in the fall of 1838. He served there through February 1839, when he learned that the Latter Day Saints had been expelled from their settlements in Missouri. He traveled home by way of his former mission area in Ohio. He was again taken ill and was cared for by members of the church. He remained in Ohio, preaching and working with church members until the fall of 1839. During the school year of 1839–40, Snow taught in Shalerville, Ohio. He sent money to his family, which had by then settled in Nauvoo, Illinois. He joined them in May 1840.

Shortly after he arrived in Nauvoo, Snow was again called to serve an active mission, this time to England. After an unpleasant sea voyage from New York City, Snow met with some of the members of the Twelve Apostles who had opened the British Mission in 1839, including Brigham Young, Heber C. Kimball, and Parley P. Pratt. He worked briefly in the Manchester area, and had success in Birmingham, where he baptized people in Greet's Green and organized a branch in Wolverhampton. Snow was then assigned to preside over church members in London. During his administration, church membership in the city increased from 100 to approximately 400 members. He was released from his mission by Pratt, who by then was president of an expanding European Mission. Snow arrived home on April 12, 1843, bringing with him a shipload of 250 British converts.

After visiting with his family, Snow again secured a teaching position for the winter, teaching at Lima, Illinois, thirty miles from Nauvoo. In late spring 1844, he returned to Ohio, preaching and baptizing new converts and distributing recent church publications to members. He was working in Cincinnati, Ohio when he learned of the assassination of Joseph Smith. Snow closed his Ohio mission and promptly returned to Nauvoo.

Snow and his family, with wagons and livestock, joined a group of emigrants and moved across the Mississippi River into Iowa in February 1846. On the way west, Snow again became ill and the family stopped at Mt. Pisgah, Iowa. Three Snow children were born at the Mormon refugee settlement, but one child did not survive. Snow was called to preside over the church organization in Mt. Pisgah and actively raised money to assist the bands of emigrants in their move west. The Snow family moved on to the Salt Lake Valley in 1848.
In 1849 Snow was called to the Quorum of the Twelve Apostles. He was called the same day as Franklin D. Richards, Erastus Snow (a distant cousin), and Charles C. Rich. They were called to fill vacancies caused by the re-establishment of the First Presidency and Lyman Wight's apostasy.

Shortly after his call to the Twelve, Snow left on a mission to Italy and French-speaking Switzerland. He later sent missionaries under his direction to India (1849–1852). Snow was directly involved in missionary work in Italy and Switzerland, and also visited Malta. He had planned to visit India, but various circumstances prevented this journey.

In 1851, Snow published a pamphlet entitled "The Italian Mission"[2] about his and his companions efforts in Italy. It was published in London.

Snow wrote a pamphlet entitled "The Voice of Joseph" in 1850 to advance missionary work in the Italian mission. He was unable to find anyone in Italy to translate it so sent it to Orson Pratt, then the president of the British Mission, who eventually found someone in Paris to translate it.

In January 1851, Snow went to England and found a person there whom he hired to translate the Book of Mormon into Italian.

The efforts of missionaries under Snow, especially the ones he sent to Turin, inspired an article attacking the Mormon missionaries for undermining the Roman Catholic Church in the Turinese paper, L'Armonia. Snow and his successors were unsuccessful in the cities also due to opposition to their activities by the government of Camillo Cavour.

On his return to Utah, Snow founded a society called the polysophical society to conduct study into the various aspects of human knowledge. He encouraged church members of all ages to join and some view this organization as a predecessor of the Young Men's Mutual Improvement Association.

In 1853, under the direction of church president Brigham Young, Snow founded Brigham City, Utah. Settlement had began on a limited scale at this site under the name "Box Elder". Snow changed the name and moved the community towards living up to its name. He was also a key backer of the Brigham City Cooperative, which was the inspiration for ZCMI and other cooperatives.

In 1864, Snow was sent on a mission to the Sandwich Islands. He went on this mission with Ezra T. Benson and Joseph F. Smith. They were responding to messages from Jonatana Napela and other Hawaiian church members about the irregular administration of the church by Walter Gibson. While here, Snow was seriously injured but was healed through the ministration of holders of the priesthood.


As the church expanded into the surrounding states, members of the Quorum of the Twelve would be sent to other states of assignment.

In 1888, Snow went to Rexburg, Idaho. While here he told the leaders of the stake that Karl G. Maeser had been appointed Commissioner of Church Education and recommended that they form a stake academy. The local leaders followed Snow's instructions and the institution they formed eventually evolved into Brigham Young University–Idaho.

Snow was the subject of a United States Supreme Court case regarding polygamy prosecutions under the Edmunds Act. In late 1885, Snow was indicted by a federal grand jury for three counts of unlawful cohabitation. According to his indictments, Snow had lived with more than one woman for three years. The jury delivered one indictment for each of these years, and Snow was convicted on each count. After conviction he filed a petition for writ of habeas corpus in the federal district court which convicted him. The petition was denied, but federal law guaranteed him an appeal to the United States Supreme Court. In Ex Parte Snow[6] the Supreme Court invalidated Snow's second and third convictions for unlawful cohabitation. It found that unlawful cohabitation was a "continuing offense," and thus that Snow was at most guilty of one such offense for cohabiting continuously with more than one woman for three years.

The first notable action of Lorenzo Snow as president of the church was that he organized the First Presidency almost immediately after Wilford Woodruff's death, instead of waiting years as his predecessors had.

As he began his tenure as president, Snow had to deal with the aftermath of legal battles with the United States over the practice of plural marriage. Men engaging in plural marriage were still being arrested and confined in Utah Territory. Some members of the LDS Church did not accept the 1890 Manifesto put forth by Wilford Woodruff, and there was a strong division of opinion on plural marriage even in the priesthood hierarchy of the church.

The LDS Church was also in severe financial difficulties, some of which were related to the legal problems over plural marriage. Snow approached this problem first by issuing short term bonds with a total value of one million dollars. This was followed by emphatic teaching on tithing. It was during this time that the LDS Church officially adopted the principle of tithing, the payment of 10% of one's income, as a hallmark of membership. Snow gave an address at the St. George Tabernacle in St. George, Utah, imploring the Latter-day Saints to pay tithes of corn, money or whatever they had in order to have sufficient rain. After much patience and faith, it rained in southern Utah.[citation needed] In a short period of time, the members' practice of paying a tithe reduced the church's debt and financial difficulties to a manageable level.

Snow died of pneumonia in Salt Lake City, Utah and was succeeded in the church presidency by Joseph F. Smith.