In early years Billy taught several terms of rural school, then became a rural mail carrier, first delivering the mail by motorcycle, later by car. Later occupations included farmin, owning a confectionary and tobacco store, served as county clerk six years, was bookkeeper for Youngblood Motor Co., and was district clerk for the state highway commission. For over 30 years he was an official weather observer for the US.3

b. 1 September 1815, d. 20 May 1885
William married four times and had (at least) eight children. According to Seth's book the last five are recorded in the Wake County Superior Court, and Anna and Edmund are mentioned in Nannie Burwell's will, thus identifying the last three as her children. The mother(s) of the first five is unknown.

W. H. Crow, Esq., one of the most highly esteemed citizens of Raleigh, had for some days been suffering from derangement of mind. Tuesday evening he was missed. A vigorous search was at once initiated, with the result that the dead body of the unfortunate gentleman was found yesterday morning at 9:30 o'clock in a ravine back of Capt. R. H. Brooks' residence, and southwest of Oakwood Cemetery, the case evidently being on eof suicide with a newly purchased pistol. Mr. Crow left home at 4:30. Mr. C. C. Crow, his son, went after him, thinking he had gone to his office. This was not the case. He went into Brewster's and purchased a new 32 calibre revolver and three cartridges. When found he was lying between two small ditches and near a clump of willows. He had apparently kneeled, and placing the revolver near his right temple and fired. the ball penetrated the head at about the level of the eye, and apparently caused instant death as there was no evidence of a struggle. Mr. Crow had fallen backward with his knees bent under this body. His hands had fallen by his side and the revolver lay upon his breast. He was dressed in a suit of black and wore a gray beaver. His clothing was wet with the heavy rain which had fallen in the early morning. The body was found by a little colored boy. The remains were taken in charge by the chief of police, the county physician and an undertaker and at 11 a.m. taken to his residence, corner of Halifax and East Jones streets.

It is not known at what hour the suicide was committed. There were many searching parties out, and all parts of the city and its suburbs were examined. At 10 o'clock persons living near the scene heard a pistol shot, but paid no particular attention to it. At about 12:30 o'clock yesterday morning the chief of police and some searchers heard another shot, while in that vicinity.

It is very difficult to trace Mr. Crow's movements after purchasing the revolver. When buying the weapon he asked the clerk in the hardware store if it would kill a rat. The clerk laughingly replied that it would kill two if it hit them. Mr. Crow had three long cartridges put i the pistol, and then said he would try the weapon and if he liked it he would pay for it the next day. The clerk, like the general public, knew nothing of Mr. Crow's insanity. It appears that after leaving the store, Mr. Crow went on West Hargett street and afterwards went to Blount street. He was seen on that street, near East Edenton, about 6:30, and at 7 o'clock Rev. C. t. Bailey saw him near the Second Presbyterian church. The next time he was seen alive was just after 7 o'clock, when he was observed looking over the fence at Bishop Lyman's lawn. He must have gone along North street to the place where his body was found. Just before 8 o'clock a negro woman saw him near the spot where his body was afterwards found. Neither of these facts nor the purchase of the pistol was known until yesterday morning. The spot is about 100 feet from North East street. Near by is a stone wall,which is at the east of what was once Lovejoy's grove. There is a high fence there. The spot where the body was found is in a clover field. A line of willows marks the source of the branch which has its source near Lovejoy's grove and empties near the main gate of the cemetery. The spot is due est from the place where Lt. Walsh was executed by Kilpatrick's order.

It is thought that the suicide was committed about tea time, say 8 o'clock, though some persons think it was done after midnight. the searchers went to the fence, but it was so high that they thought Mr. Crow, feeble as he was, could not have climbed over it. It appears evident that he must have climbed this fence before dark. His shoes were not dusty as would have been the case, if he had wandered a great distance around the suburbs. His movements when seen on the streets in the evening were very erratic, he appearing undecided as to where he sould go, turning back after going a short way on one street and going in another direction. The place, chosen for the suicide was quite out of the way, yet public in a sense. He had hung his umbrella by its curved handle to a bough of one of the overhanging willow trees. He must have kneeled and fired, as he had toppled over quietly backwards. His clothing was not deranged. His watch was in his pocket. His hat had tipped backwards, and was caught by the back of the brim between his head and the earth. The wound in the temple was as large as a man's thumb. From it the blood had fallen on the ground, and partially coagulated. The loss of blood was not all that great.

It came to be known yesterday by the public that the attempt at suicide was the second one made. One was previously made with a razor, which was frustrated and the weapon was taken from him. His mind was entirely unhinged. He had a fancy that his business affairs were involved, and his answers to questions were such as to show that he was deranged. He had been closely watched for some time.

Dr. McKee yesterday, as county physician, made a post mortem examination of the body. He found that the bullet from the pistol (which had been held so near the temple that the side of the head was badly powder-burned) had penetrated the brain and that death must have been nearly if not quite instantaneous.

Mr. Crow was general agent of the AEtna Live Insurance Company. His business affairs are not thought to be in any wise embarrassed. He was a man of means.

Mr. Crow was 70 years of age. He was born in the city of New Haven, connecticut and when he was an infant his parents moved to Louisburg, in this state. Fifty-five years ago he came to Raleigh and was employed as a clerk by the late B. B. Smith. For a number of years he lived in Petersburg, Va. He had resided here for about twenty-five years. He was a prominent member and an elder of the First Presbyterian church. A year ago he had an attack of paralysis and since then his health had failed. some weeks ago he had an attack of sickenss. Under these strains his mind had given way, weakening greatly in the past few days.

The suicide of Mr. Crow was the topic of conversation yesterday. It caused general sadness among all classes of people, who felt the loss of a good citizen, whose position here for year had been prominent and who had been earnest in doing good. Mr. Crow had always devoted himself to his business and as the manager of the oldest agency in the state had amassed large means. He never took an active part in political life, nor was he what might be called prominent in public life, but he was so excellent in judgment and so competent an adviser that he was directly or indirectly interested in many matters looking to the advancement of Raleigh and the State. He presided over the first meeting called to organize the exposition. He was thoroughly earnest in all his business work,m and in his church affairs was equally devoted. He filled the measure of good citizenship. such a man as he is at once missed and regretted.

It is said that Mr. Crow had only $20,000 insurance on his life. A note was found in his pocket dated May 12, in which he bequeathed all his property to his wife.

Mr. Crow was four times married, his last marriage being to Miss Nannie Burwell, eldest daughter of Rev. Robert Burwel, D.D., of this city. He leaves eight children. The funeral services will be held form the First Presbyterian church at 4 this afternoon.

Clinton Crow was the son of Shubel Crow and Harriet Holcombe.

Harriet Crow was the daughter of Shubel Crow and Harriet Holcombe. 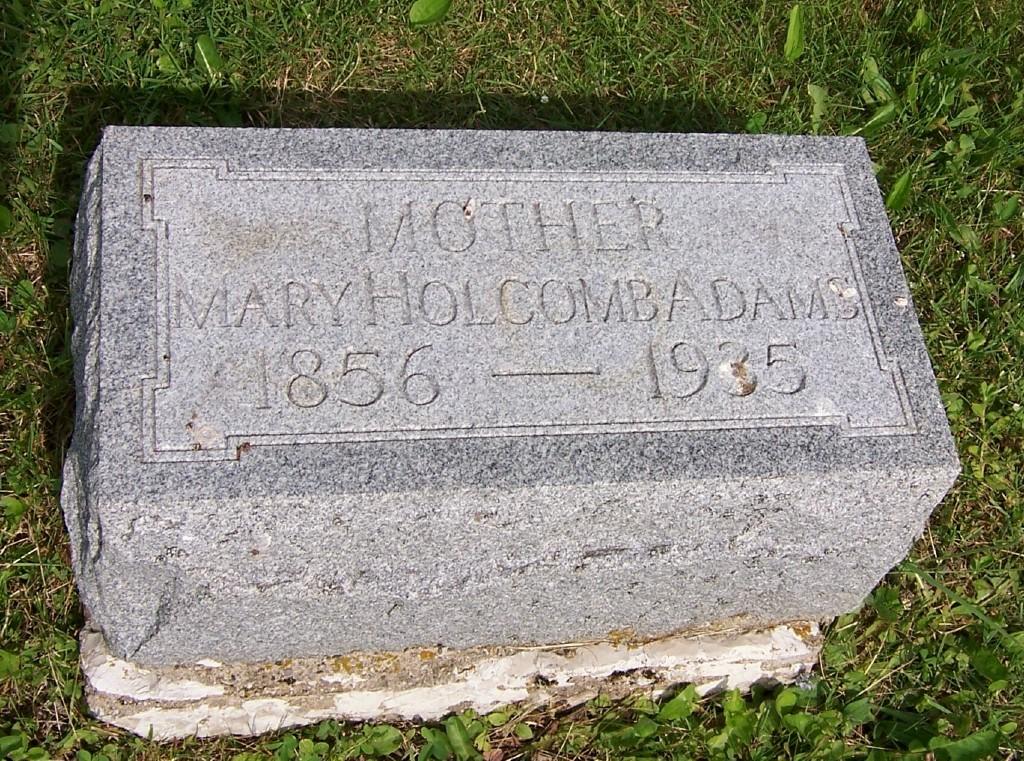 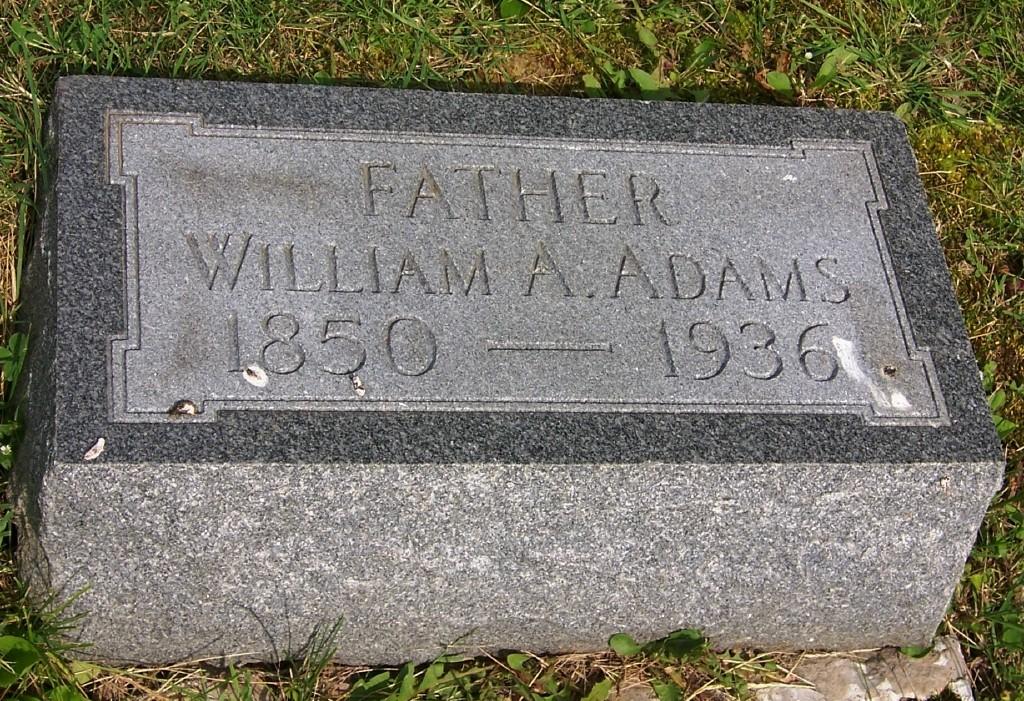 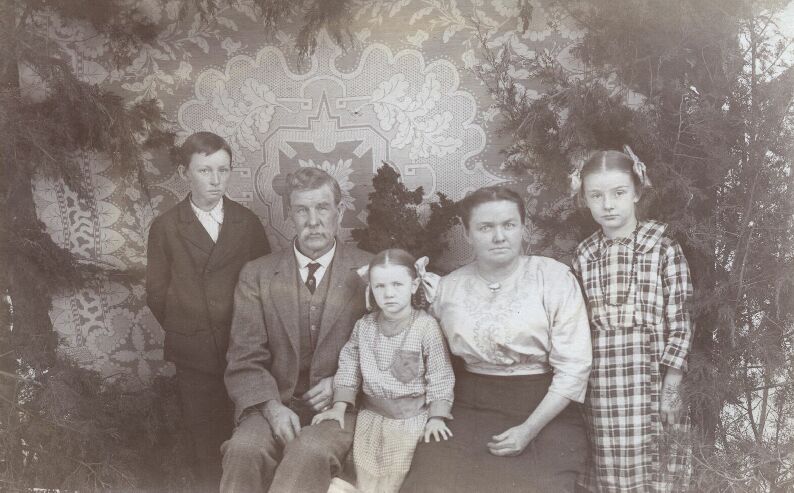 Daniel and Ruhama were enumerated in the 1910 Lone Rock, Caddo Co., OK, federal census, ED 70, page 4B. He was a farmer, age 57; she was 38; it was the second marriage for both. Children in the household were Daniel 8 born in KS, Mildred 4 born in OK, and Beulah born in OK.

The record of their marriage is in the Jackson Co., IN, Marriage Record Index, Book G, page 269.

Nancy and her husband had four children.

Sarah signed a will on 30 April 1921 in Marion Co., IN, leaving parts of her estate to Laura Ellison, her niece, John E. Barth, her nephew, John M. Wilson, her nephew, and Mary Adams, her sister. William G. White was named executor.

The "Application for Letters Testamentary" filed on 30 April 1929 by William G. White listed her date of death as 26 August 1928. It indicated that she had been a resident of Ripley Co. IN, at or immediately previous to her death.

It is perhaps this Sarah enumerated in the 1920 Indianapolis, Marion Co., IN, federal census, ED 175, page 3B. She was 68. Also in the household was W. Lynn Adams, her nephew, son of Mary Jane Eleanor (Holcomb) Adams.

George and Helen moved to their own farm when their sons Lowell and Jim were young boys, prior to starting school. This farm was less than a mile from theJohn H.Kelly family farm,(George's father with whom they lived after marriage) a farm which straddled the county line between Ripley and Dearborn Counties.George and Helen'smail route came out of Dillsboro, hence the official Dillsboro address. Dillsboro is in Dearborn County. Their farm was in Ripley County.


George and Helen both died in Ripley County.