McCracken notes that Stiles listed the birth as 1678 which would conflict with brother David's birth.

McCracken notes that Stiles listed her as having died young and also alleged to have married Nathaniel Porter, which is possibly an error for her sister Deborah's marriage to a man of that name.

b. circa 1670
Joanna Barber was born circa 1670 at Windsor, Hartford Co., CT. She was the daughter of Lt. Thomas Barber and Mary Phelps.

Govenor Seymour was the son of Moses Seymour and Mary Marsh.

Judge Seymour was the son of Moses Seymour and Mary Marsh.

Barbara was from Ireland. They had children on the Walter/Harry Chart. Roger, Gilbert, Nicholas and Jane have also been listed under Josias.

Bowman states: "The birth of Elizabeth to Christopher is recorded in Branscombe in 1590. No other births are recorded for him in Brandscombe. this indicates to me that he moved between 1590 and 1600. There was a John son of Christopher christened in Aug. 1609, at St. James Church in Clerkhenwell, London. vivian stated that Christopher is the ancestor of the Holcombs in Pembrookshire Wales." 3

Bowman states: "... will proved in 1662, in Wales naming his wife Edith and mentioning but not naming children. He left 10 pounds each to his children and to his wife Edith the lease of Brownslade, Jeffreston and Sumerton in the parish of Moncton. His son-in-law, Lewis Loueles, Mr. Richard Browne, and Mr. Henry Bishop to be overseers. The value of his estate was 95 pounds plus."

Child of William Holcombe and (?) Mears

However, after years of research, Deanna Holcomb Bowman believes that the dates and marriage assigned to this Thomas are actually those of Thomas, the actor of London, and that this is the Thomas who immigrated to the colonies and founded the "Northern Branch" of the Holcomb(e) family in the United States. Thomas Holcombe was born in 1601. He was the son of Christopher Holcombe and Barbara Jege. Thomas Holcombe married Joan Prideaux in 1622. Thomas Holcombe died in 1625.

Nicholas Holcombe was the son of Christopher Holcombe and Barbara Jege.

Jane Holcombe was the daughter of Christopher Holcombe and Barbara Jege.

b. 1609
Bowman lists this child as "possible." John Holcombe was baptized at St James, Clerkenwell, England. He was born in 1609. He was the son of Christopher Holcombe and Barbara Jege. 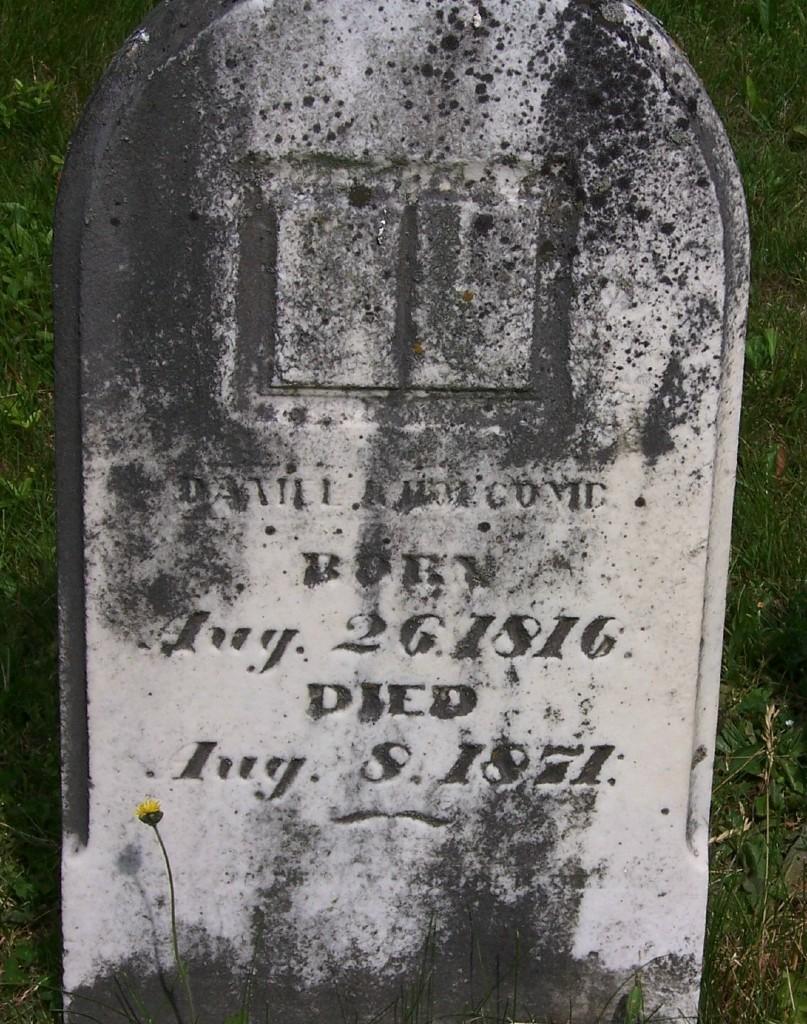 Information on Daniel's descendants was found at http://www.seidata.com/~mmpi/gene/index.htm by Bob Kelly, mailto:mmpi@seidata.com

Daniel and Julia were enumerated in the 1850 Sparta Twp., Dearborn Co., IN, federal census living next to his father. Children in his household were Nancy E. age 4, Sarah D. age 8/12, and Luther H. age 3. In addition a child, Ezra Knapp age 2, was listed after Nancy. 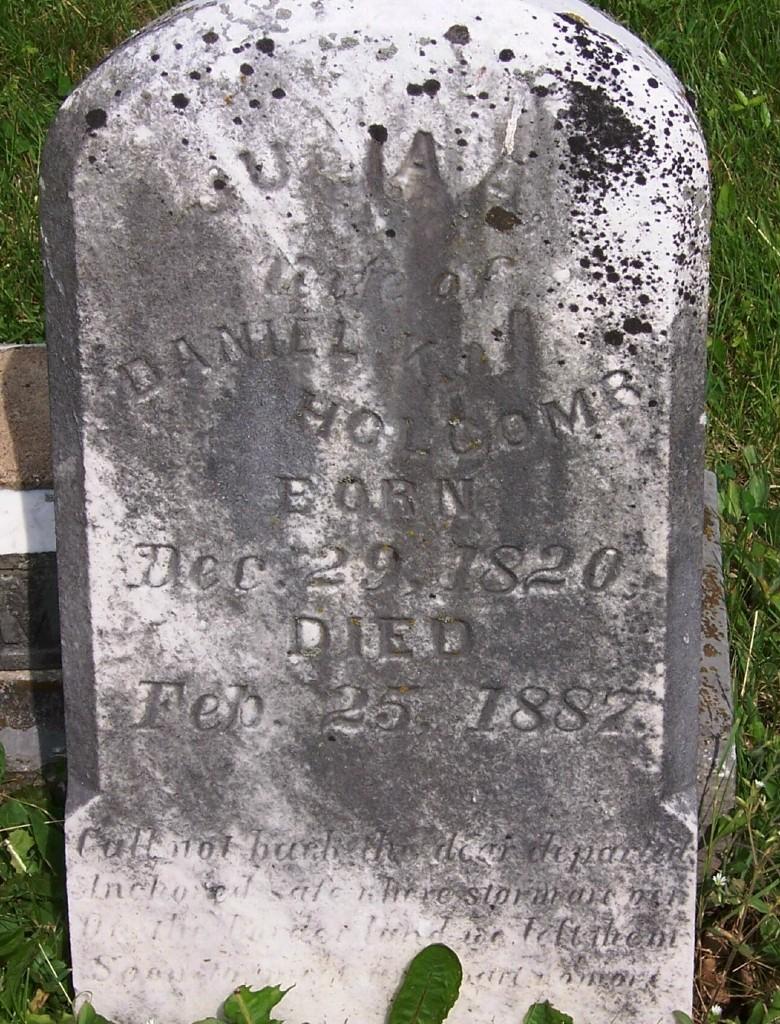 
George Holcombe is boarding nearby, he was born circa 1858 in IN, and his father was born NY, mother IN.


Son Elijah appears to be in Lodi, Columbia Co. with wife Lydia and son William. He is 35 born in IN.