b. 7 November 1839
William moved to MO in 1852; "crossed the plains" to thurston Co., Washington Territory, removing thence to Elma, Chehalis Co., Washington; a farmer and soldier in the Indian War, 1855-56. William Henry Ruddell was born on 7 November 1839 at IL. He married Helen Zephyrine Himes, daughter of Tyrus Himes and Emeline Holcombe, on 22 February 1864.

b. 15 March 1886
Hope Narcissus Ruddell was born on 15 March 1886. She was the daughter of William Henry Ruddell and Helen Zephyrine Himes.

b. 23 July 1884
Laura Ethel Himes was born on 23 July 1884. She was the daughter of Judson Wyckliffe Himes and Juniata Chipman.

b. 1824, d. 9 March 1883
Nathan "crossed the plains" to Oregon in 1843 with the company of J. W. Nesmith, who later was U.S. Senator of Oregon; settled near Lafayette, Yamhill Co., OR; volunteered in Cayuse Indian War in 1847; went to California in 1849 to dig for gold; returned in 1850; took up claim of land 12 miles from Olympia, Washington Territory where he settled and converted the land to the best of farms, which he sold in 1882 and bought larger acreage at Elma, Chehalia Co., Washington Territory, whre he also engaged in general merchandising; served in Indian War, 1855-56. Nathan Eaton was born in 1824 at near Erie, PA. He married Lestina Zulpha Himes, daughter of Tyrus Himes and Emeline Holcombe, on 15 December 1872. Nathan Eaton died on 9 March 1883.

b. 25 July 1850
John was a carpenter and builder in California and East Washington, a farmer and mechant, Elma, Washington Territory. He went to the Pacific Coast in 1875 and to Chahalia Co. Washington Co., in 1883. John C. Carney was born on 25 July 1850 at Philadelphia, Philadelphia Co., PA. He married Lestina Zulpha Himes, daughter of Tyrus Himes and Emeline Holcombe, on 1 December 1883.

This Truman can be confused with Truman, son of Jedediah Holcombe and Liddia Holsington.

Albern, a gunsmith, invented a sight for rifles, the globe sight, which was generally adopted. He walked from Cedarville, NY, to Washington DC to have the patent work done.

Sarah Holcombe was born at Granby, Hartford Co., CT. She was the daughter of Selah Holcombe and Sarah Wilcox.

Jos and Ambrose were enumerated in the 1860 Sheffield, Lorain Co., OH, federal census. The were both 23. The only child in the household was Forest W., 2 months.

Arvilla Holcombe was born at OH.1 She was the daughter of Truman Holcombe and Phebe Pike.

Phelps was recorded in the 1850 census of Simsbury as a carrige maker. 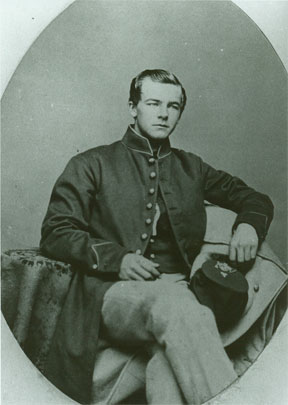 William and Parmelia were enumerated in the 1860 Buena Vista, Richland Co., WI, federal census. He was an attorney age 35, she was 36. Children in the household were Charles 4, and George 2. Also enumerated was Elenor Johnson, 19 a domestic.

Irving and Sarah were enumerated in the 1860 Cedarville, Litchfield. Herkimer Co., NY, federal census. He was a farmer, age 27, she was 25. Children in the household were Charles F. 3, Jennie M. 2, and Hamilton R. 1.


Irving, of Troutbrook, Delaware Co., NY, enlisted August 1862 in the 121st NY Regt. of the Union Army, organized at Herkimer, Herkimer Co., NY; served as Capt. until he resigned January 20, 1863; engaged extensively in timbering, rafting logs on the Delaware River; represented Herkimer Co., in the NY Legislature about 1875; attended the Holcombe reunion at Mt. Airy (Lambertvile), NJ in 1886, described in its minutes as "a man of fine physique and an eloquent speaker."

Albert loved SArah Hull, but when she chose his yournger brother Irving, he solaced himself with her cousin Cornelia, "Aunt Nellie." They lived and farmed in Bear Valley, WI, until her death sometime afterwhich he sold the farm there, came east, tried out his variouis nieces and nephews to see whom he'd rather live with, and finally settled down with his brother Irving and niece Mary at No. 10 Carlton St. Binghampton, whre he lived contentedly until he died. He was a pious man and in his later years wrote poetry and did some religious comments and research. 1

William's marker in the Cedarville cemetery indicates he died in 1851 so the children born after that are questionable, in fact, Charles and Jennie do no appear in the census records.

Hannah E. was enumerated in the 1860 Cedarville, Litchfield, Herkimer Co., NY, federal census without William; she was 32.. Children in the household were Edward B. 12, and William S. 10.


Hannah was enumerated in the 1870 Cedarville, Litchfield, Herkimer Co., NY, federal census. Willie age 19 was listed as head of household and brother Brannan age 21 was also in the household.