Edward W. Holcomb, 69, of Gary Road, Enfield, died Sunday (Feb. 21, 1999) in Johnson Memorial Hospital. Born in Hartford, he lived in Enfield for many years. Edward was employed for the Highway Department for the City of West Hartford for 25 years and retired in 1983 as a supervisor. He was a member of the Bloomfield Game Club and an avid hunter and fisherman. His wife, Brigitte (Hoffman) Holcomb died in 1996. He leaves three daughters, Holly and her husband, Gary Pazda, Wendy French all ofNorth Granby, Shelly and her husband Joey Lombardo of West Granby; two step-sons, Timothy and his wife Teri Allevo of Feeding Hills, Martin Buckman of Enfield; three step-daughters, JoAnn and her husband Kevin Malloy of Enfield, Judith and her husband Edward Glende of Wilbraham, Susan and her husband Michael Homiski of Preston, CT; two brothers, David Holcomb of Manchester, Roger Holcomb of Granby; two sisters, Eleanor Powell and Darlene Walther both of Florida; nine grandchildren, and sevenstep-grandchildren. The funeral and burial will he private and Leete-Stevens Enfield Chapels are in charge. Donations may he made to the American Heart Association, 5 Brookside Drive, Wallingford, 06492-1822.

Eleanor Holcomb Powell, 74, of Sebastian, FL, died Saturday (March 18, 2000). Born in Hartford, she was the daughter of the late Henry E. and Ruth W. Holcomb of Valley View Farm in Bloomfield. A graduate of Colby Junior College, she was employed as a medical secretary. Eleanor was an elder of First Presbyterian Church in Florida. She is survived by her husband, William Powell; a son, William "Hap" Powell; two daughters, Jane Powell Smith and Amie Powell Wallace; two brothers, David H. Holcomb ofManchester; and Roger Holcomb of Windsor; a sister, Darleen Walther; and seven grandchildren. A memorial service was held in Florida. Donations may be made to the Choral Chimes Memorial Fund, First Presbyterian Church, PO Box 781689, Sebastian, FL 32978.

David Henry Holcomb, 86, of Manchester, loving husband of Elaine (Duncan) Holcomb for over 59 years, passed away peacefully Tuesday, February 13, 2018 with family by his side at Manchester Memorial Hospital. David was born in Hartford on January 13, 1932, son of the late Henry Edward Holcomb and Ruth E. (Weiant) Holcomb. He was raised in Bloomfield and attended local schools. While growing up, David and his brothers helped on the family's Valley View Farm in Bloomfield. When his parents retired and moved to New Hampshire, David helped them in purchasing a farm on Pleasant Lake in Elkins, where he and his whole family were active in developing what is now Rocky Point Cottages. This location has always been close to David's heart and has become the vacation and gathering place for generations of family and friends. David was a United States Army Veteran, proudly serving his country during the Korean War. He worked as a Senior Lab Technician for UTC Research Center in East Hartford for many years. He was a member of the former Hiram Masonic Lodge in Bloomfield, and the Army & Navy Club in Manchester. Known as a very talented repairman, David could fix almost anything. Often, he was asked by his neighbors to repair something or to lend a tool, and he was always happy to help. In addition to his wife, he leaves behind two daughters, Heidi Lyman of Manchester and Linda Mitchell of Andover, NH; his son Bruce Holcomb of Coventry; his granddaughter Shannon Soler and her husband Jason of Patchogue, NY; his sister Darleen Walther and her husband Thomas of Palm Coast, FL; his brother Roger Holcomb of Windsor Locks; two cousins and several nieces, nephews, and their families. In addition to his parents, he was predeceased by his brother, Ted Holcomb, and his sister, Eleanor Powell. Calling hours will be held on Saturday, February 17, 2018, from 10-11am at South United Methodist Church, 1226 Main St. in Manchester with a memorial service at 11am. A private burial will be held at East Cemetery at a later date. In lieu of flowers, memorial donations can be made to Shriner's Hospital for Children, 516 Carew St., Springfield, MA 01104 or to the American Lung Association, 1200 Hosford St., Suite 101, Hudson, WI 54016. To leave an online message of condolence, please visit www.holmeswatkins.com. 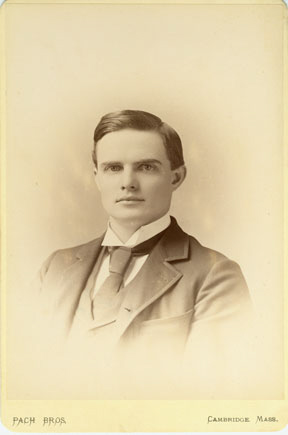 
HOMER LEROY HOLCOMB, A.B. spent the first eight years of his school life near Ripley, N.Y., attending the district school. He afterwards attended the village school at that place where he prepared for entering the Fredonia Normal School. He graduated from the latter in 1887. He taught school at Ft. Lee, N.J., and Silver Creek, N.Y; entering Harvard College in 1890, graduating in 1894 with the degree of A. B. Has since taught in the Fredonia Normal School, first as critic in the Intermediate department, but later as instructor or Ancient Languages.


The Harvard 50th Anniversary report in 1944 notes that:

In the summer of 1899, Holcomb took a trip abroad, which covered the British Isles. With two friends he travelled over 200 miles on top of taly-ho coaches through the English Lake Region, the Trossachs, and Lakes of Killarney. They also took a three week's trip up the Rhine and through Holland, Belgiium, Paris, and Switzerland.

In 1903 he studied Greek at the Harvard Summer School, and in 1912 took a course at Columbia in the teaching of Latin, under Dr. Rouse of Cambridge, England.


The photo here is inscribed on the back: "H. L. Holcomb, Harvard University '94, Ripley New York"


Homer and Grace were enumerated in the 1910 Pomfret, Chautauqua Co., NY, federal census. He was a teacher at the State Normal School, age 43; she was 37. Children in the household were Lorraine 7, Robert S. 5, Homer J. 4, Ethelyn 2, and Ronald 7 months.

Children of Carrie Holcombe and (?) Stephens

Children of Harriet Holcombe and (?) Burrows

Information on Bertha and her descendants is from Robert Bloom, rbloom1@twcny.rr.com

Bertha, upon graduation from Fredonia Normal School, took a position as English Teacher in Sherburne, NY, where she met and married Walter. He was an undertaker.

Edith was a semi-invalid and never married. 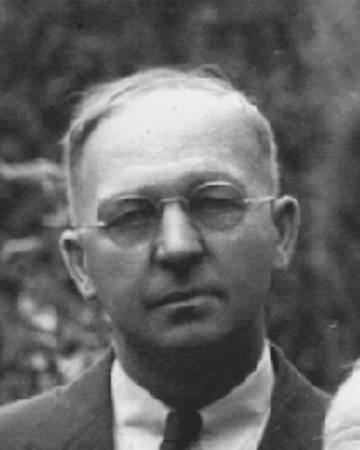 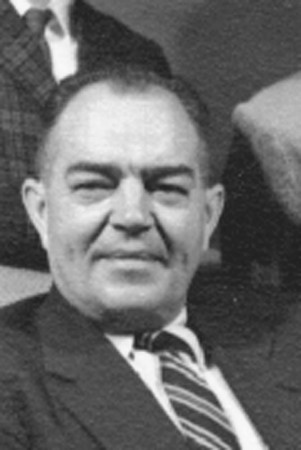 Information on Nelson and his descendants is from Robert Bloom, rbloom1@twcny.rr.com

Nelson was a Cadillac dealer in Nowwich, NY. He served in World War II as a Captain in the Army. Boots now has residences in Fort Lauderdale, FL, and Norwich, NY.

b. circa 1902
Gladys Lane was also known as Gladys Holcombe. She was born circa 1902 at Bridgeport, Fairfield Co., CT.1,2 She was the daughter of Richard Lane and Grace King Jennings. Gladys Lane married Raymond C. Messenger, son of Edward Messenger and Anna Shaw, on 20 May 1922.1