Hannah Holcombe was the daughter of Rufus E. Holcombe and Nancy Gloyd.

Elizabeth and Samuel were enumerated in the 1870 Moores Hill, Sparta Twp., Dearborn Co., IN, federal census, page 32, living next door to Nancy Holcombe. Samuel was a farmer age 46; she was 42. Children in the household, all born in Indiana, were Piercy 16, Wilson 13, Lydia 12, and George 5.

Turner was a builder, probably well respected. They had the good fortune of settling on land that held some of the richest oil reserves in the U.S. Four of TGH's children became school superintendents. They built a home called "The Rest" that would seat several hundred for dinner, and had large formal gardens.

b. 1855
Emmeline Celestina Holcombe died at Wichita, Sedgwick Co., KS. She was born in 1855 at IN. She was the daughter of Eli Asa Holcombe and Emmeline Hall.

Ran away from home and became a farmer in Imperial Valley, CA.

John and Caroline were cousins.

Benjamin Holcombe was the son of Eli Asa Holcombe and Emmeline Hall.

Child of Emmeline Celestia Holcombe and Joseph B. Timm

Child of Joseph B. Timm and Emmeline Celestia Holcombe 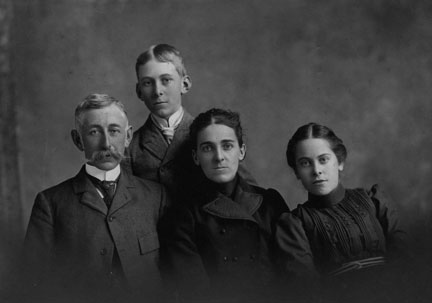 McPherson lists Samuel as a son of Sabra, Nahum's first wife, while Carol Laun of the Salmon Brook Historical Society lists him as a child of Nahum's second wife, Orpha. Carol provides the death date of Sabra as 1849.


Samuel was listed in Greer's Hartford City Directory as a State Representative from Granby.

Samuel was enumerated in the 1930 West Granby Village, Granby Town, Hartford Co., CT, federal census, page 13B. He was a dairy farmer, age 74; Lizzie was 69. Tudor 43 and Laura 42 were also in the household. 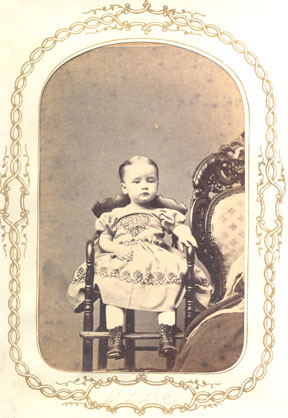 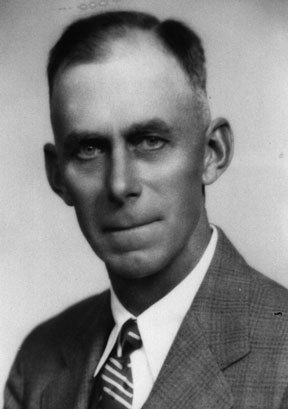 In 1940 named Connecticut's Farmer of the Year for his long history of experimentation and innovation in both tobacco and dairy farming. he had served in the state legislature, and on the first town zoning and finance commissions, and had regularly opened his huge barn loft to church suppers, dances and political fund-raisers. He and Laura had financed a new town hall, firehouse, and cemetery upkeep, and they had given large sums to the University of Hartford and the Hartford Foundation for Public Giving.

Today, their farm is known as the Holcomb Farm and is the property of the Town of Granby. In 1990, the farm was placed on the state register of historic places, and in 1992, it was the centerpiece of the West Granby Historic District which was placed then on the National Register of Historic Districts.

Tudor was enumerated in the 1940 Granby, Hartford Co., CT, federal census. He was a farmer, age 53. Also in the household ws his mother Lizzie 80, and sister Laura E. 51.

After their marriage, Flora and N. Worthington intended to live in West Granby. He died as a consequence of being run over by a cart; no children.

"The New Hartford Branch of the Holcombe family commenced when Phinehas Holcomb moved from his home, which was adjacent to his father's in West Granby, going to the top of West Hill in New Hartford.

"We can find Phinehas there by virtue of the deed filed on the New Hartford Land Records in Volume 7 at page 86, dated December 22, 1797, which transfers from Simeon Merrill to Phinehas Holcomb the property. . . . . The consideration was $1,833.33.

"It is interesting to note that though this piece is the first land possession in New Hartford by Phinehas, he caused himself to be described then as "of New Hartford." Perhaps he boarded with someone in the town or even was a tenant on the premises before he made the purchase.

"No matter from what direction, to get to Phinehas's house, a steep hill presents itself. In those days with transportation only by horse or oxen, one wonders why he chose a home at the top of the hill. I asked Cousin Howell D. Holcomb, 'Why located at the top of the hill instead of farming in the rich river valley of the Farmington River which contained less stones with which to contend?' He replied that the late spring and early fall frosts will only touch the valleys; moreover the stones hold the heat making the soil warm for promoting growth of the crops so necessary for both humans and animals. Mark C. Williams of West Granby, who lives near the original Holcomb property, confirms this thought, as his own orchard blossoms have been frost-bitten when most other places have escaped.

"Let us look at Phinehas in 1797, when he acquired these beautiful New Hartford premises. He was 38 years old; he had been married for 16 years; he and his wife shared parenthood of six children; three more would arrive. He had been living in West Granby where his father, Reuben, had given him 35 acres; in addition, on his own he had acquired 20 acres from Lemuel Kilborn.

"To locate today the exact premises (now in West Granby) on which Phinehas and his father, Reuben, lived presents more of a problem than just reading the boundaries in Volume 13, page 257 of the Simsbury Land Records."

Seth had some title studies done for him by Mark C. Williams who wrote in "Reuben Holcomb's Lands, March 9, 1987:

"This lot, although altered in shape somewhat over the years, is essentially the core of Broad Hill Farm, which remained in the hands of the same family until Reuben’s great-great-grandson Tudor Holcomb gave the farm to the University of Connecticut a few years ago. In fact, many of the old stone fences that marked the old lots laid out perpendicular to the town's western border (at WNW angle) are still in place and aided in this research."


Seth included the complete text of Phinehas' will, noting that the will and signature were in the same handwriting. In the will Phinehas mentions "son Harmon", "son Phinehas", and "son Schuyler", noting that Phinehas and Schuyler were then deceased. 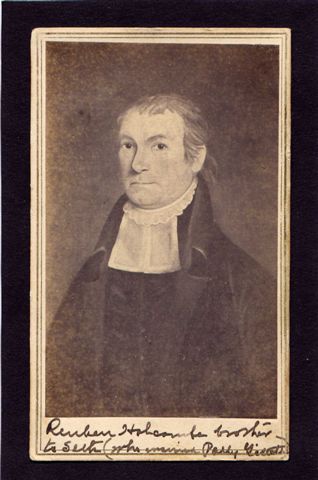 from Biographies of Notable Americans, 1904

He was graduated at Yale, A.B., 1774; A.M., 1778, and studied divinity under the Rev. Dr. Joseph Strong, of Simsbury, Conn., whose daughter Jane he married. He was ordained, June 15, 1779, and was pastor of the First Congregational church in the West Parish of Lancaster (now Sterling) Mass., 1779-1814. With the Rev. Dr. Aaron Bancroft and six others, he founded the "Worcester Association," which compiled the Worcester catechism. He owned the best farm in Worcester county, raised hemp, cultivated the silk-worm, and his wife wove silk from the cocoons. He received from the Massachusetts Society for the Promotion of Agriculture a silver tankard valued at £13 sterling, for an essay on "the Best Method of Raising Wheat" (1790). He opposed war with Great Britain in 1812, and published two sermons on the subject. He educated over a score of young men for the ministry, prepared many for college, and advocated the higher education of women. He adopted Capt. Augustine Holcombe, son of his brother Nahum, and working together they were pioneers in improved methods of agriculture and horticulture in Massachusetts.

McPherson indicates he was born in Granby, but the birth was recorded in the Simsbury Records. 5

There are conflicts with Seth's birth date. The Simsbury vital records lists 31 December 1756; the Annis Holcombe Tracy album lists 3 January 1755; the Woolhouse/Hunn Cemetery in town of Canandaigua, Ontario County, NY, lists 3 January 1755, but says he was born in Granby, MA.

The gravestone should say Granby, CT and Seth was born 31 Dec 1756 (SVR). When his widow applied for a Rev. War pension, she said he died 29 July 1810. Polly did not receive a pension, even though Seth did serve in the Revolutionary War. She was 20 years younger than Seth, married him after the war and knew nothing about his war service. If they had been living in Granby, Seth’s brothers or fellow soldiers could have testified about his service, but Polly had no proof and her claim was denied.6

Some of the information on Increase and his descendants is from a bible given to Mary Reed at the time of her marriage to Increase. She willed it to her eldest daughter to be given to the eldest in each succeeding generatioin. Melissa Holcombe Ensign had it from Feb. 11848 to July 1853. Eunice Melissa Ensign had it from July 1853 to April 1893. Sarah Jane Enisgn had it from April 1893 to November 1908. Etta Baker Ensign Weddle had it from Nov. 1908 to 26 April 1963. Gertrude Ward had it from April 1963 to April 1991. Barbara J. Carney recieved it in 1991. It is assumed that one of her daughters, Kathy or Susan, now has the bible.

Increase served as a private in the American Revolution for which a US pension for him is recorded in Hartford Co., CT. He is listed as the Patriot for DAR member 7043.

Carol Laun has him born 10 Jan 1761, but acknowledges using Seaver instead of SVR.