"I recall 'Uncle Sam' as a tall, slim, muscular, rather handsome man, broned complexion, high cheekbones, black hair and mustache, bearing a startling resemblance to Marty Robbins, a television singer in the 1960s. Uncle Sam had a pleasant personality, got along very well with my father and my grandfather, and I liked him. On one of his visits, he brought his .22 calibre rifle, taught me how to use it, and gave it to me. I still have it." 2


Samuel was in Walpole on business connected with the agricultural industry when he met Annie Deveney. Sam and Annie met at a dance, and on Sam's third visit to Walpole, some months later, he proposed marriage and Annie accepted. They removed immediately to Brasher Falls, NY.


Annie came to Walpole with her parents and brother and sister around 1915. She was a hairdresser and manicurist, and had a shop in the Misses Russell Millinery store on Main Street in Walpole. It was Annie's first and only marriage.


Samuel and Annie Buell resided on his farm in Brasher Falls, NY. They owned property in Brasher, NY, which was deeded to St. Lawrence County on 4 December 1941. Sam and Annie as Grantors gave their residence as Moira, Franklin County, NY.

Children of Wallace Holcombe and Jeannette (?)

Children of Jeannette (?) and Wallace Holcombe

Child of David L Holcombe and Ida A. (?)

Child of Ida A. (?) and David L Holcombe

Information on Elizabeth is from Julia Hayden at www.julen.net.

b. circa 1878
Myra Dunsmore was born circa 1878.1 She was the daughter of George H. Dunsmore.1 Myra Dunsmore married Ralph Morgan Sanders, son of Henry C. Sanders and E. Frances Morgan, on 11 October 1899.1

b. March 1899
Inez Holcombe was born in March 1899. She was the daughter of Albert Sylvanus Holcombe and Elinor Rumiser.

b. 1900
Violette Flora Holcombe was born in 1900. She was the daughter of Albert Sylvanus Holcombe and Elinor Rumiser. 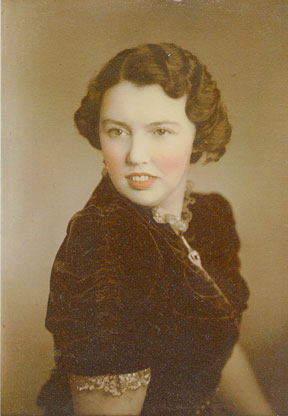 from an unnamed newspaper:


Alberta Ann Erbland 79, of Boise, devoted wife and mother, passed away Monday, Aug. 2, 1993, in a Boise hospital of natural causes.


Funeral services will be held at 10 a.m. Friday Aug. 6, in the Alden-Waggoner Chapel, with the Rev. Jon Brown, of First United Methodist Church, officiating. Eagle Auxiliary Lodge rites will be conducted by the Eagle's Auxiliary, #115. Burial will follow in Dry Creek Cemetery, Boise.


Alberta was born April 5, 1914, at Santa Rosa, Calif., a daughter of Albert S. and Nellie Ervin Holcombe. She moved to Boise in 1926. She graduated from Boise High School and attended Links Business School. On Oct. 16, 1938, she married George William Erbland.


She was a 50 year member of the First United Methodist Church and a long time member of the Eagle's Auxiliary #115. She served as president of the Joint Americanization Council. She was also a foster mother and volunteer for Booth Memorial Home.