b. 27 March 1848
Lavene Candace Avery was born on 27 March 1848 at West Stafford, CT. She was the daughter of Lyman Wolcott Avery and Wealthy Elizabeth Bumsted.

b. 22 October 1852
Otis Jewett Avery was born on 22 October 1852 at West Stafford, CT. He was the son of Lyman Wolcott Avery and Wealthy Elizabeth Bumsted.

b. 25 July 1854
Polly Verona Avery was born on 25 July 1854 at West Stafford, CT. She was the daughter of Lyman Wolcott Avery and Wealthy Elizabeth Bumsted.

The information on Samuel Benton (Samuel, Samuel, Andrew,John) and his descendants, including Henry Avery, was provided via email from Karen Costantini (karenc@mail2.nai.net).


She cites as a source for Henry Avery The Groton Avery Clan Vol. II, by Elroy McKendree Avery and Catharine Hitchcock (Tilden) Avery, Cleveland, 1912, page 839; and an unpublished manuscript The Avery Family, by doug Schenk, 1994.


Henry was for some time prior to 1905 a dealer in antique furniture and bric-a-brac at Springfield, MA; he is a farmer.

Bessie was the daughter of James Green and Nancy Rosina (Upham) Adams, an dlegally adopted daughter of Sewell S. Lemon.

b. 8 November 1890
Gladys Beatrice Avery was born on 8 November 1890 at North Attleboro, MA. She was the daughter of Henry Benton Avery and Bessie Sarah Lemon.

b. 21 August 1892
Winthrop Douglass Avery was born on 21 August 1892 at North Attleboro, MA. He was the son of Henry Benton Avery and Bessie Sarah Lemon.

b. 10 May 1900
Winslow Brewster Standish Avery was born on 10 May 1900 at Springfield, Hampden Co., MA. He was the son of Henry Benton Avery and Bessie Sarah Lemon.

b. 28 June 1903
Ruth Evangeline Avery was born on 28 June 1903 at Springfield, Hampden Co., MA. She was the daughter of Henry Benton Avery and Bessie Sarah Lemon.

b. 2 September 1915, d. 10 October 1973
Dr. Francis Ellsworth Vinal was born on 2 September 1915 at Washington, DC. He was the son of George Wood Merwin Vinal and Grace Gertrude Fiegenbaum. Dr. Francis Ellsworth Vinal was graduated in 1936 at AB; Wesleyan University, Middletown, Middlesex Co., CT. He was graduated at PhD; MIT. He died on 10 October 1973 at Hepatitis, Boston, Suffolk Co., MA, at age 58.

b. 1796
Orange Gaylord was born in 1796. He was the son of Lemuel Gaylord and Sylvia Murray. Orange Gaylord married Hannah Althea Holcombe, daughter of Dr. Jonathan Holcombe and Hannah Everest, on 27 December 1820 at Deerfield Twp., Warren Co., OH. 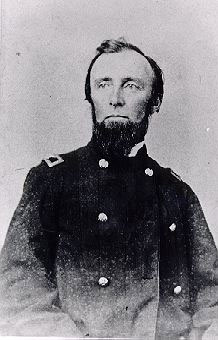 From Appletons' Cyclopaedia of American Biography:

Ferdinand was educated at Farmer's college, Ohio, enlisted as a private i an Ohio regiment during the Mexican war, rose to the rank of captain, and headed one of the assaulting columns at the capture of Monterey. He subsequently practiced law, and became sheriff of Butler County, Ohio. At the beginning of the civil was he became colonel of the 34th Ohio volunteers, succeded to the command of Gen. Robert L. McCook's brigade, and led it till the autumn of 1864, when he was made brigadier-general of volunteers, and assigned to the 4th corps. Gen. Van Derveer saw much active service, and among many other engagements, participated in teh battles of Mill Springs, Chickamauga, and Mission ridge. Since 1870 he has been judge of the court of common pleas of Butler county, Ohio.

b. 1855
Mary Van Derveer was born in 1855 at OH. She was the daughter of Gen. Ferdinand Van Derveer and Emily Minerva Gaylord.

James Phelps Thompson was the son of Henry Thompson and Candace Narcissa Phelps.

Clara L. Thompson was a member at DAR; 14471, Washington, DC. She was born at WI. She was the daughter of James Phelps Thompson and Eleanor Anne Work.

Phineas served as private in Capt. David Barber's company on duty in New York and was deailed to guard Burgoyne's prisoners.


Widow Julia and four children were enumerated in the 1870 East Granby, Hartford Co., CT federal census in the household of her father.

b. 1841
William Ennis was born in 1841. He married Julia Griswold Merwin, daughter of Henry Platt Merwin and Julia Matilda Holcombe, in 1874. 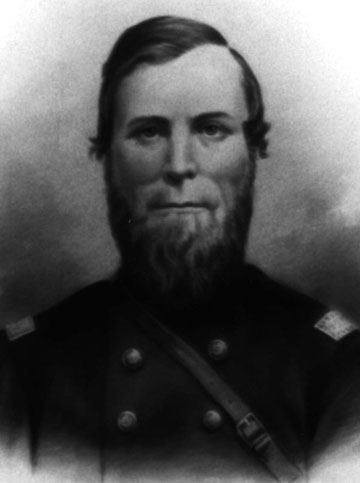 From Carol Laun: As a child Richard lived in the Turkey Hills (East Granby) section of Granby, in the big family home on Hartford Avenue. He was educated in local schools, including a private Academy. His life was adventurous and he traveled extensively in his work. For nearly ten years (1845-1855) he worked on the Isthmus of Panama, drawing maps, planning grades, and building bridges for the Panama Railroad. With his brothers, Franklin Porteous and Henry Lyman, he build the bridge across the Savannah River at Savannah, Georgia, using slave labor.

Richard and Harriet were enumerated in the 1860 East Granby, Hartford Co., CT federal census, page 4. He was a farmer, age 35, Harriet was 32, Clara was 6 and Mary was 1. Thomas Holcombe, age 79 was also in the household.

The Confederate Flag that was sent home with his personal effects is now housed at the Salmon Brook Historical Society in Granby, donated by his daughter.