He will swallow up death in victory; and the Lord God will wipe away tears from off all faces. 4 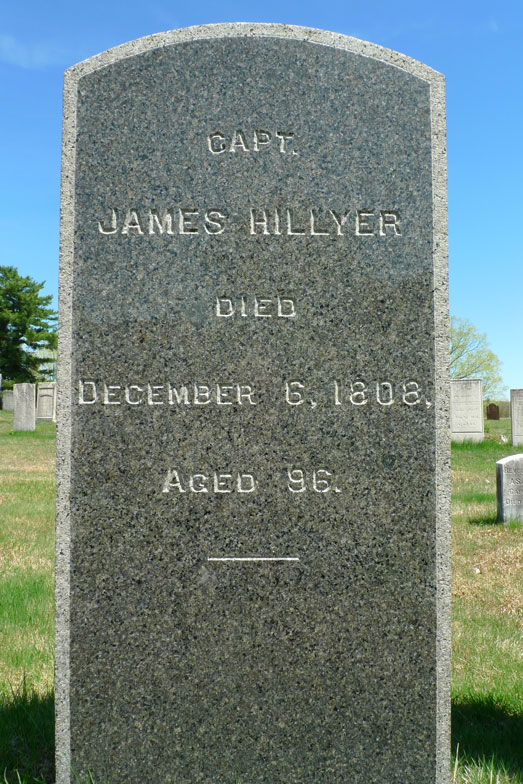 from Tempest Young Hezekiah Goodrich had grown up in Portland in a family committed to the Revolutionary cause. His uncle, David Goodrich, who had been a biptist preacher in Granby before the war, had died with his entire militia company in a winter storm, and his wodow Penelope Holcombe Goodrich, and their tow sons, had lived with Hezekiah's family during the war.

Hezekiah, born in 1771, was a child of the revolution. Conceived out of wedlock to begin with, he had been brought up on devotion to the "life, liberty and pursuit of happiness" for which those close to him had paid so dearly. But in the late 1790's when his father, now a well-respected community leader, had expected Hezekiah to take up the family tanning business in Portland, Hezekiah turned away from the man who had trained him and moved with his new wife, Penelope's niece, to Granby to enjoy the frreedom and independence he had learned to cherish as a child.

When Hezekiah Goodrich moved from Portland, Connecticut to Granby in 1800, he set up his tanning shop on what is now North Granby Road, just north of today's First Congregational Church meetinghouse (the meetinghouse was then on Creamery Hill Road). At that time the surrounding area was much like West Granby had been before 1790 - scattered farms, mostly owned by one or two extended families. Hezekiah, in fact, had married into one of these families in 1798, and it was probably his new father-in-law, town clerk Judah Holcomb, who set him up with land for his house in a shop in which to practicehis trade of tanning.

Goodrich was possibly Granby's first tanner, and, with considerable energy, skill and business acumen, turnedc a good profit in his early years. He and his wife Millicent also took in hired hands and kept a few paupers, and in 1805, he managed to win himself appointment as Granby's first postmaster.

Hezekiah was enumerated in the 1850 Granby, Hartford Co., CT, census, as a 79-year-old shoemaker, widowed, with Amelia and Sophronia in the household.

Beneath These Stones and Catherine Anna Bue-Hepner disagree on the exact day of 1771 that Hezekiah was born. 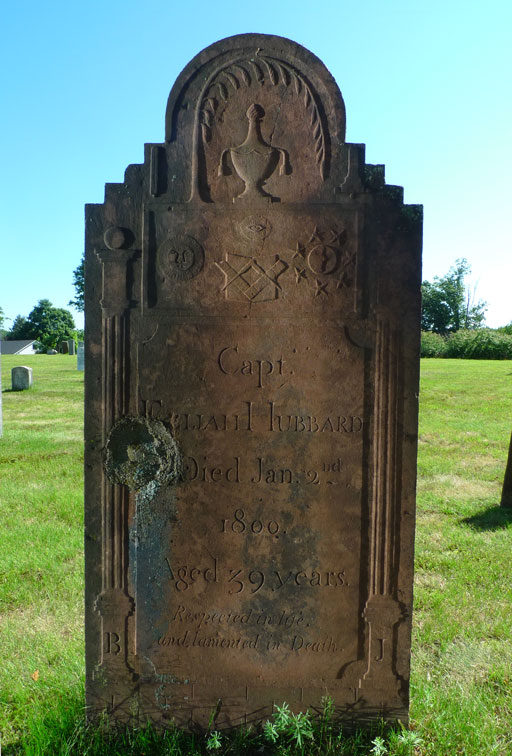 Hezekiah was enumerated in the 1850 Granby, Hartford Co., CT, census, living next door to his father. The only child in the household was Marion 2 months. He was a shoemaker, one of three in town; he made 1,000 pairs of shoes in 1850 with just two men and a woman working for him.

Revolutionary soldier from Simsbury CT, and served in the 4th Regiment, Albany Co. Militia. Josiah arrived at Stephentown inthe 1780's, probably with his father, brothers and sisters. He would appear to the the Josiah Holcombe who bought 59 1/2 acres on Dec 5, 1786, and 260 acres on Dec 23, 1791, located northwest of Stephentown. Uncle Josiah is mentioned in the diary of his nephew George Holcomb (son of Beriah) as living at Nassau on Mar. 20, 1820. He is found in both the 1800 cnesus and the 1820 census of Renasselaer Co., NY.

From Stephen M. Lawson: His name also appears as Jeremiah.

Beriah served in 1776, as a corporal and orderly sergeant in Capt. George White's company.

DAR Record 61965 shows Beriah's wife as Lucretia WARREN, so perhaps she had an earlier marriage.

His son, George Holcomb maintained a diary from age 13 in 1805 until 3 months before his death in 1865. The diary, now in the possession of the Stephentown Historical Society, provides a wealth of historical data.

William and Lucretia had 7 children. The dates are from brother George's diary.

b. 1786
Miriam Holcombe was born in 1786. She was the daughter of Beriah Holcombe and Lucretia Pease.


George kept a diary until just before he died. The Stephentown Historical Society has it and transcripts from it occassionally appear in the Eastwick Press in Eastern Rensselaer County.

b. circa 1774
Jesse Eggleston was born circa 1774 at NY.1 He was the son of Elisha Eggleston and Abigail Holcombe.

b. circa 1776
Nancy Eggleston was born circa 1776 at NY.1 She was the daughter of Elisha Eggleston and Abigail Holcombe.

b. circa 1778
Deborah Eggleston was born circa 1778 at NY.1 She was the daughter of Elisha Eggleston and Abigail Holcombe.

b. circa 1775
Josiah Eggleston was born circa 1775 at Stephentown, Rensselaer Co., NY.1 He was the son of Elisha Eggleston and Abigail Holcombe.

b. circa 1783
Louvicia Eggleston was born circa 1783 at NY.1 She was the daughter of Elisha Eggleston and Abigail Holcombe.

b. circa 1785
Abigail Eggleston was born circa 1785 at NY.1 She was the daughter of Elisha Eggleston and Abigail Holcombe.

b. circa 1788
Sarah Eggleston was born circa 1788 at NY.1 She was the daughter of Elisha Eggleston and Abigail Holcombe.

Revolutionary War Records at Washington, D.C. give – “Joseph L. Lobdell a Soldier in the Revolutionary War, private in Capt. Keyers Co., Col. Klocks Reg’t. enlisted at Little Falls, NY (Herkimer Co.)” “Says he was taken prisoner in March or April 1777 by Tories and Indians at a place called Yankee Bush, seven miles North of Little Falls; was taken to Canada and kept until the war closed.” He probably returned to Westchester and Albany Counties where many of his relatives lived and I think re-entered the Army. 1

Cynthia Crumb was the daughter of Waitstill Crumb and Cynthia Holcombe.