Apparently the Emerson Hayes enumerated in the 1910 McNeills, Moore Co., NC, federal census. He was 68, wife Otheila was 63. They had never had any children.

Child of Howard A. Evarts and Della A. Hayes

Child of Della A. Hayes and Howard A. Evarts

Child of Joseph Ledgard and Avena I. Hayes

Child of Avena I. Hayes and Joseph Ledgard 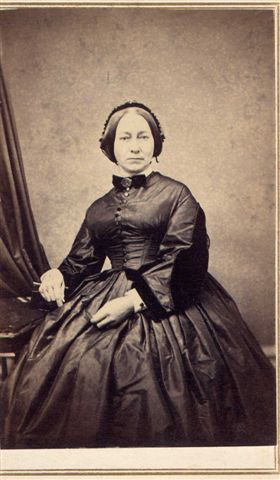 Lucinda Holcombe was the daughter of Nahum Holcombe Jr. and Orpha L. Holcombe.

Munson and Fanny were enumerated in the 1880 Granby, Hartford Co., CT, census with daughter Mattie. Boarder Henry Flagg and servant Marie Clark were also in the household.

Munson and Fanny were enumerated in the 1900 census of Granby, page 7B, line 90, with daughter Mattie and her husband Charles. 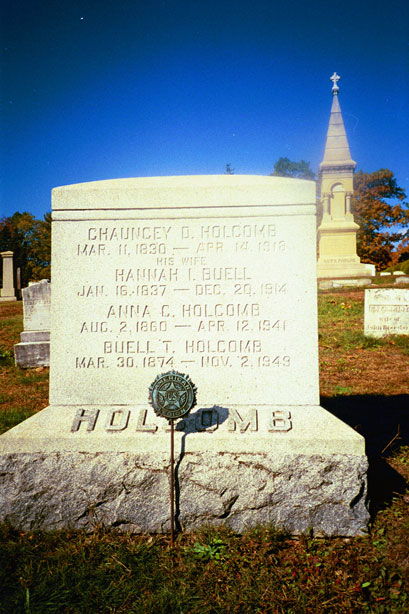 
Chauncey is recorded in the 1900 Simsbury census with Hannah, Annie, Buell, Dexter, and ward Caroline Ross.

Chauncey D. Holcomb, for many years one of the most prominent farmers in the western part of the town, died at his home this afternoon of old age. He was born in Granby, a son of Orator and Serena (Weed) Holcomb, and was the last member of a family of nine children. He was born March 11, 1830 and was probably the oldest person in town. He was married to Hannah A. Buell of Simsbury in 1859 and had lived in Simsbury since then. He leaves four children. Mrs. Frank Alford of New York city; Buell T. Holcomb, Dexter Holcomb and Miss Anna Holcomb, all of Simsbury. The funeral will be held in the family home at 2 o’clock Tuesday afternoon. The burial will be in the Simsbury Cemetery.

Mrs. Hannah Buell Holcomb, wife of Godfrey D. Holcomb of West Simsbury, died at her home this afternoon, after a brief illness, of pleuro-pneumonia. She was born January 16, 1837, in the house where she died and where she lived all her life. She was the daughter of Irene Dexter and Peter O. Buell, her ancestors coming from Windsor with the first settlers and building a log cabin opposite the present Holcomb house, which is the old Buell homestead built in 1781. Mrs. Holcomb was a member of the First Church of Christ, Simsbury, for more than sixty years, and attended services there the week before her death. Besides her husband, she leaves four children, Mrs Frank Alford of Middletown and Anna, Buell, and Dexter Holcomb of Simsbury. Another daughter, Irene Holcomb Wilcox, died several years ago. She also leaves three grandchildren, Stuart Alford of Middletown, Helen and Howard Wilcox of Winsted.

The funeral will be held Wednesday afternoon at 1 o'clock at the family home in West Simsbury. The burial will be in the Simsbury Center Cemetery.

b. 1764
Dr. Custine, whose relationship has not been learned, except that he was uncle of Pliny's orphans, brought Pliny's widow and four minor orphans to Carlisle, Cumberland Co., Pa. Pliny Holcombe was born in 1764 at Granby, Hartford Co., CT. He was the son of David Holcombe II and Elizabeth Griffin. Pliny Holcombe died at Louisville, KY.

There were three men named Levi Holcomb born around the same time and the genealogies have them confused. The First Congregational Church records refer to Levi Holcomb 1st, Levi Holcomb 2nd and sometimes just Levi Holcomb. The same is true in Granby Town Records. Unfortunately, there is no consistency. 3

The other two are Levi, son of Ezra and Phoebe Gillet Holcomb, and Levi, son of Joseph and Elizabeth Wilcox Holcomb.

Abijah Copers was the child of Purchase Copers and Theodocia Holcombe.

Sylvester Copers was the son of Purchase Copers and Theodocia Holcombe.

Theodore Halladay was the son of Azariah Halladay and Lucretia Holcombe.

Selah Halladay was the child of Azariah Halladay and Lucretia Holcombe.

Philo Halladay was the son of Azariah Halladay and Lucretia Holcombe.

d. young
Seymour Holcombe died young. He was the son of Joel Holcombe and Sarah Warner.

Nancy Holcombe was the daughter of Joel Holcombe and Sarah Warner.

Fannie was a lover of flowers, growing them continuously. Lived first near Grand River, Lake Co., OH, and later in Leroy, OH. She endured many crises of pioneer life there. Frances Holcombe was the daughter of Joel Holcombe and Sarah Warner.

Marcus is recorded in the 1850 census of Leroy, Lake Co., OH, as farmer, owning real estate.


Marcus and Louisa were enumerated in the 1880 Perry, Lake Co. OH, federal census. He was a retired farmer, age 78, she was 73. Children in the household were Delorna M. 34, daughter-in-law Emily J. 27, and granddaughter Frances B. 10 months.


Marcus Holcomb was eighteen years old when he landed with his father's family in Lake County, Ohio. He was married here to Lovisa Brooks, a native of Bennington, Vermont, born May 1807. In 1815, when she was seven years old, she came to his country what her father, David Brooks, who settled on the South Ridge. After her marriage to Mr. Holcomb they settled in Leroy Township and lived there until 1853, when they moved to the south part of Perry Township. About the time the War broke out Marcus Holcomb located on the farm, on which his son, Derearth R., now lives, and here spent the remaining years of his life. He worked on the Concord conference and also on the railroad furnace. When a young man he was an exceptionally good of woodchopper, receiving extra pay for
his work.

Delorna and Jane were enumerated in the 1900 Madison, Lake Co., OH, federal census. He was 66, she was 57. There were no children in the household.

When he was twenty he began working the home place on the shores and conducted the farm successfully. He now owns 100 acres, all improved land, and is engaged in general farming. Mr. Holcomb affiliates with the Democratic Party. He has served as a member of the School Board for a number of years.


Dereath and Emily were enumerated in the 1880 Perry, Lake Co., OH, federal census, ED 88, in the household of his father, Marcus. Frances B. was 10 months old.

Children of Dellow A. Holcombe and Maude Bostovich