Ralph is placed as a son of Robert and Elizabeth only because he shares the burial plot. Further proof is needed. The SSDI has a record for a Ralph that died in CT in 1984 and the death and birth records are from that source.

Marius is placed here only because he is buried in the same cemetery plot.

b. circa 1855
James Baker was born circa 1855. He married Eva A. Holcombe, daughter of Aaron L. Holcombe and Helen May Cadwell, at Simsbury, Hartford Co., CT.

Bethia J. Holcombe was the daughter of Newell Holcombe and Nancy Crisse.

b. 1857
Henrietta D. Holcombe was born in 1857 at Jo Daviess Co., IL. She was the daughter of Newell Holcombe and Nancy Crisse.

James M. Rankin is a fine type of the native-born citizens of Jo Daviess County, who since attaining his manhood has stepped to the front to assist in carrying on the work so well begun by their pioneer sires, and are now among the leading farmers and stock-raisers and dealers of the county. Our subject occupies a position prominent among the men of his called in Woodbine Township, where he is successfully managing his expense agricultural interests on the homestead on section 34, which was his birthplace April 29, 1851.

His father, James Rankin, an early settler of Illinois and a pioneer of this section of the state, was born near Harper's Ferry, VA. He grew to a stalwart manhood, was endowed with a fine physique and great power of endurance and until within two or three years of his death, at an advanced age, enjoyed robust health. In 1832 he left his home in the Old Dominion and took up his residence in Dayton, Ohio. Three or four years later he made his way to this State, and settled on the American bottoms opposite St. Louis. In the great flood of 1844 when the Mississippi was on a boom, he lost all his crops and in 1846, leaving that part of the State, he came to Jo Daviess County and in Elizabeth turned his attention to mining. In the spring of 847 he again resumed farming, and entering 160 acres of land from the Government in Woodbine Township, that tract now forming a part of the homestead of our subject, he located on it, and was a resident here until a short time before his death, which took place in Elizabeth, Sept. 18, 1888, at the venerable age of eighty-six years. In his residence in this township of over forty years he won and retained the good will and regard of all with whom he had dealings, as he was a man of strict probity, of excellent business capacity, far-seeing and shrewd and had a kindly helpful disposition and his neighbors found him a stanch friend. In politics, he was originally a Democrat, but after 1840 joined the Whigs, remaining with them until the birth of the Republican party, when he became identified with, and from that time voted with that party. He was present at Troy, Ohio, when Gen. W. H. Harrison visited that town, and witnessed a scene showing the simple, democratic character of that gentleman. A carpet was spread from the boat-landing at the canal to the speaker's stand for the General to walk upon, and Mr. Rankin heard Harrison tell some one to take the carpet up, as "the ground was good enough for him to walk on." The mother of our subject, a very estimable woman, whose maiden name was Catherine Custer, is a native of Virginia, born March 5, 1812. She was reared near Harrisburg, Pa; she now makes her home in Elizabeth. To her and her husband were born 10 children, six of whom are living; Mary A., now Mrs. Middagh; John W;Sarah F, now Mrs. Goldthorp; George W; Susan E., now Mrs. Overstreet; and James M. The subject of this sketch was reared on the old homestead, where he has always made his home and he received the advantages of a good education in the public schools. he chose the calling to which he was bred, and has devoted himself to agricultural pursuits ever since attaining manhood, and has met with more than ordinary success. He owns 345 acres of as fertile and productive farming land as is to be found throughout the length and breadth of Jo Daviess County, and he has it under admirable cultivation; including a handsome, conveniently arranged dwelling, and a commodious frame barn, and he has all the necessary machinery for facilitating the farm labors.

Feb. 16, 1876, Mr. Rankin was united in marriage to Miss Ettie Holcomb, an intelligent, well educated young lady, who had been his playmate at school. She is a daughter of Newell Holcomb, a well-known resident of this township. Mrs. Rankin received a good education, pursuing an excellent course of study in the Nora High School,and for over two years prior to her marriage was successfully engaged in teaching in this county. The record of the five children that complete the home circle of herself and husband is as follows: Minnie L., born Nov. 15, 1876; Effie I., born Aug. 25, 1878; William M., born Nov. 22, 1879, Clara E., born July 14, 1882; and Delbert L. , born May 20, 1887.

Mr. Rankin has manifested more than ordinary push and interprise in the prosecution of his calling, and although not yet forty years of age, is numbered among the substantial and well-to-do citizens of his native township. He possesses those frank social qualities and the stability of character that attaches to him warm and steadfast friends, to whom he often extends the hospitalities of his attractive home, over which his amiable wife presides so charmingly. James Monroe Rankin married MaryEtta Holcombe, daughter of Newell Holcombe and Nancy Crisse, on 16 February 1876 at Woodbine Twp., Jo Daviess Co., IL.

b. 25 August 1878
Effie Irene Rankin was born on 25 August 1878 at IL. She was the daughter of James Monroe Rankin and MaryEtta Holcombe.

b. 14 July 1882
Clara Luella Rankin died at Clear Lake, IA. She was born on 14 July 1882 at IL. She was the daughter of James Monroe Rankin and MaryEtta Holcombe. 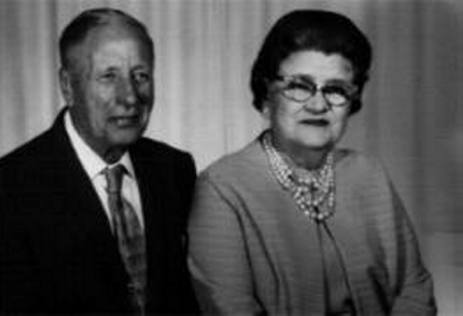