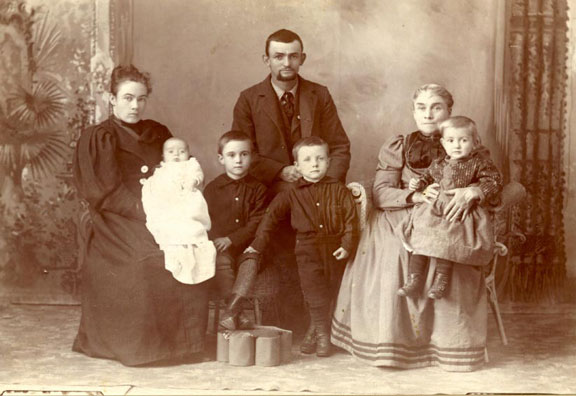 Information on Chester and his descendants from Wade G. Holcomb, New Haven, CT.


Wade had an amateur FCC license and when he entered the Navy at age 17 years, 2 months, he skipped early ratings.

He was attached to Yale from 1966 to 1988 doing support electronics work in Surgery and magnetic Imaging Resonance. He is co-author or author of 50 papers in these technical fields. He is the senior inventor of the "breathing pacemaker", assigned to Yale in 1973.

He was an amateur radio operator since 1938, a computer hobbyest and a genealogist.

In 1975 he rode a 10 speed bike from Internatinal Falls MN to Waterloo, Iowa, checking graveyards and visiting relatives.


Molly was descended from original New Haven settler Thomas Munson. She was a graduate of Pomona College, class of 1941, and received her Master's Degree in Art History from UCLA. She worked in the Art and Architecture Library at Yale for eighteen years and belonged to Trinity Church on the Green. A member of the League of Women Voters for over 60 years, she was a long-term officer on the Board of Directors of the local league. She joined the Girl Scouts in 1931 and was a lifetime member, serving as a leader and program consultant. She met Wade in 1944 while volunteering in the USO in Carmel, California.

Artemisa Holcombe was the daughter of Jonathan Holcombe and Abigail Hillyer.

Jonathan enlisted from Sheffield, Berrkshire Co., MA, as a fifer at the age of fifteen. He was a pensioner when he died n Warren county, Ohio.

b. circa 1797
Ruth Ann Francisco was born circa 1797 at NY.1 She married Pentheus James Holcombe, son of Dr. Jonathan Holcombe and Hannah Everest, in September 1816.

b. 1 March 1797
Jonathan Albinus Holcombe was born on 1 March 1797 at Athens, Bradford Co., PA. He was the son of Dr. Jonathan Holcombe and Hannah Everest.

b. 17 June 1799
Althea Hannah Holcombe was born on 17 June 1799. She was the daughter of Dr. Jonathan Holcombe and Hannah Everest.

from and unidentified newspaper:

Mrs. Hannah Leitch, mother of Mrs. Emily VanDerveer, died at 6:30 o'clock last night at Mrs. VanDerveer's residence on South D Street at the advanced age of 95 years 8 months and 25 days. About two years ago Mrs. Leitch had a severe attack of grippe and at that time it was thought she would die but she rallied with wonderful vitality although the illness weakened her greatly. Las Saturday she contracted a severe cold but was thought to be getting along nicely and yesterday evening she appeared unusually bright and active. About 6 o'clock she laid down on her bed and asked her granddaughter, Mrs. Charles Hilker to hand her a handkerchief from a dresser nearby. While Mrs. Hilker turned to get the handkerchief Mrs. Leitch died.

At the time of her death Mrs. Leitch was the oldest woman in Butler County. She was a daughter of Dr. Jonathan Holcomb who was born in Weffield County[sic], Mass., in 1762, graduated at Yale college, practiced medicine in Pannsylvania and afterwards removed to Warren County, Ohio, where he died in 1847. His daughter Hannah Holcomb was born near Chichican on the Susquehana river in Pennsylvania, February 3, 1801. When she was 9 years old the family removed to St. Albans, Vermont, and 1814 came to Ohio where they settled in Deerfield township, Warren County and where on December 27, 1820 she was married to George[sic] Gaylord. After her marriage she and her husband lived at theold homestead for some time and then removed to Montgomery and then to St. Louis and afterwards to Jacksonville where they lived for several years. Tehn then planned to remove to a farm in northern Illinois. It was necessary to come to Cincinnati for supplies and they began this trip on a flat boat, but at St. Louis Mr. Gaylord became ill and died. His wife, with her four children, returned to Mason, Warren county, where some of her relatives resided. These children were Noah Murray, Lafayette, Laura Adeline and Emily Minerva, the latter of whom Mrs. VanDerver alone survives.

Mrs. Gaylord lived four years as a widdow and was then married to Wm. Leitch, of Lockland. During their residence at Lockland they had two children, Wm. Penthens adn Julia Pierce, the latter of whom is living. From Lockland Mr. Leitch moved his family to Mason where he was engaged in business for eighteen years. Three children were born to them at Mason, George Washington, Rosa Angeline and Elvira Josephine. George is now living at Dell. Wis. Several years after Mr. Leitch's death Mrs. Leitch came to this city and made her home with Mrs. VanDerveer.

She lived a long and eventful life characterized by gentleness, devotion and all the finer virtues. With her dies another of the pioners of the region. The funeral will take place at 2 o'clock Friday afternoon from Mrs. VanDerveer's residence. Rev. E. W. Abbey will conduct the services. The pall bearers will be Thomas Millikin, Dr. Mallory, Isaac Robertson, and Charles Fox. The burial will be private.

After their marriage James and Irena lived at Oak Hill, near Durham, Greene Co., NY, for several years but he failed to provide for her and she went home to her father. As can be seen from letter she wrote, Irena moved around NY a good deal, living with her son Franklin and sometimes with her brother David. In 1844 she was in Hamburg, Sussex Co., NJ. Eventually she moved to IL to live with her son Alonzo.4 James Holcombe was born in 1763 at Sheffield, Berkshire Co., MA. He was the son of Jonathan Holcombe and Abigail Hillyer. James Holcombe married Irene Williams, daughter of John Williams and Sara Chamberlain, on 1 January 1794 at Richmond, Berkshire Co., MA.4 James Holcombe died in October 1837 at Richland, Sangamon Co., IL.4

Pliny only appears in Weir. Pliny Holcombe was the son of Jonathan Holcombe and Abigail Hillyer.

b. 20 October 1798, d. 27 September 1891
While living in Sangamon Co., Ill, Alonzo was well acquainted with Abraham Lincoln as a young man. He was a man of more than ordinary intelligence and exceptional education for his time; farmer; merchant and business man; held several public offices; his acumen and advice were greatly respected by his associates. Rep; Anti-Slaver; school teacher.

Alonzo and Lucy were enumerated in the 1870 Topeka, Shawnee Co., KS federal census, 2nd Ward, page 4. They were in the household of their daughter and son-iin-law, William Curry. Son Henry C., a bookkeeper age 29 was living with them.

The Topeka Cemetery Association records indicate that Alonzo died 28 Sept 1891. He was buried next to Lucy. At the time of his death he was living with his youngest daughter, the home of W. S. Curry. Alonzo Holcombe was born on 20 October 1798 at Richmond, Berkshire Co., MA. He was the son of James Holcombe and Irene Williams. Alonzo Holcombe married Lucy Morgan, daughter of Evan Morgan and Nancy Popenoe, on 20 April 1824. Alonzo Holcombe lived in 1830 at Sangamon Co., IL. He died on 27 September 1891 at Topeka, Shawnee Co., KS, at age 92. He was buried on 29 September 1891 at Topeka Cemetery, Topeka, Shawnee Co., KS.3 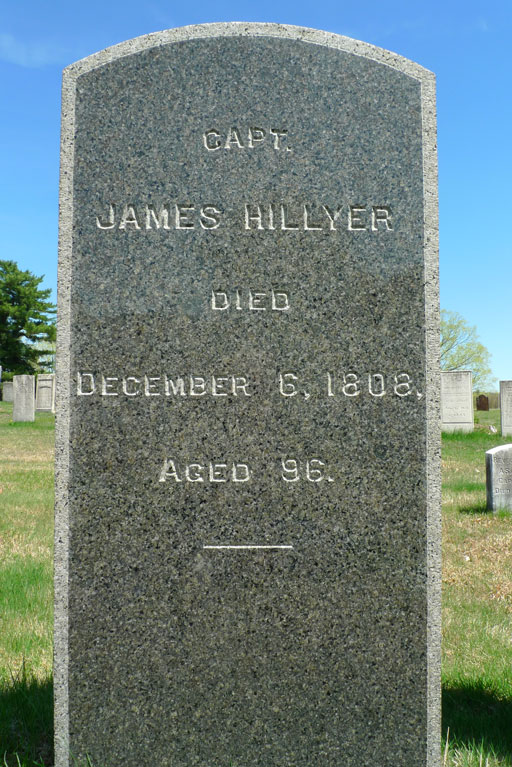