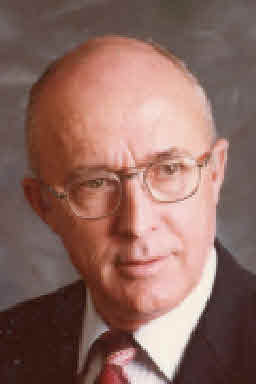 Jack was born October 18, 1927 in Floresville, Texas, the son of John Porter Holcombe and Lessie Phillips Holcombe. After graduation from Floresville High School, Jack served in the United States Army 1946 to 1949. Jack later retired from Dupont where he worked as a Lab Analyst. Jack married Jackie Ory on September 18, 1955 in Corpus Christi, Texas. Jack was a member of Floresville United Methodist Church, the American Legion, and the Masonic Lodge in Floresville.

Eli and Sarah were enumerated in the 1910 Justice Precinct 3, Wilson Co., TX, federal census. He was a farmer age 64, she was 64. She had 8 children, 6 still living. Children in the household were Claud C. 32, and granddaughter Alma Crane 7.8

Eli Barger Holcombe was born the son of Darius John Holcombe (1802 – 1877) and Rebecca C Barger Holcombe (1810 – 1885). He married Sara Jane Mathis on 15 Nov 1869 and they had at least 6 children, Lemuel E Holcombe (1870 – ), Reuben H Holcombe (1872 – ) John Parten Porter Holcombe (1874 – ), Claudius Clelland Holcombe (1876 – ), George W Holcombe (1878 – 1971), and Alana Holcombe (1882 – 1902).Eli served in the Confederate Army in the Civil War. From his pension records: Discharged in April of 1865 and returned home on a detail. While at home General Lee surrendered. He lived at that time in Oxford, Mississippi. The application forms for the pension were completed on January 22, 1914 and filed March 11, 1914 in Wilson County, Texas. He was 68 years old. Born in Lafayette County, Mississippi and lived in Texas since December of 1886. His PO Address was Floresville RFD #2. He was a farmer and in fair condition health wise. He enrolled in the army in Mississippi in 1863 and remained until the close in Company C 1st Mississippi Regiment in the Calvary. He was a private. The assessed value of his home was $600.00. He had 5 horses valued at $20.00 each, 1 cow valued at $10.00, 1 hog valued at $5.00, and 2 vehicles at $25.00. His personal dollars was $140.00 HJ Price and SD Seale were witnesses with affidavits to who EB Holcombe was. Deposition of BF Sparks of Caldwell, Texas for EB Holcombe claim April 7, 1913. He has known EB Holcombe since November of 1861 when they mustered into the Confederate army together at Grenada, Mississippi in November of 1861. He served in Company C First Mississippi Calvary until May 1865. He served in the same command as EB and knew him personally and had personal knowledge of his service in the army. He did not know any other soldiers by the same name. Deposition of JC Fowler of Harris, Texas who has known EB Holcombe since 1861 but has heard of him and his folks all his life. He enlisted in Company C 1st Mississippi Calvary about 1862-63 and served until the close. He was a private and volunteered for service. He served in the same company and there were other members with the same initials but he was known as Eli Holcombe. He may have been captured.9 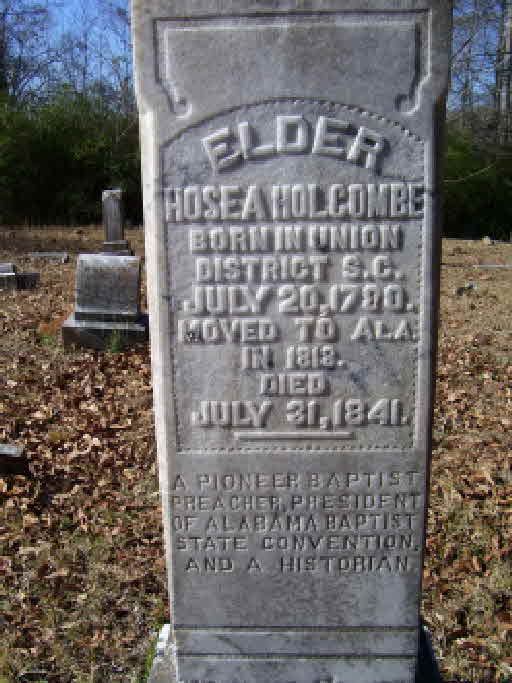 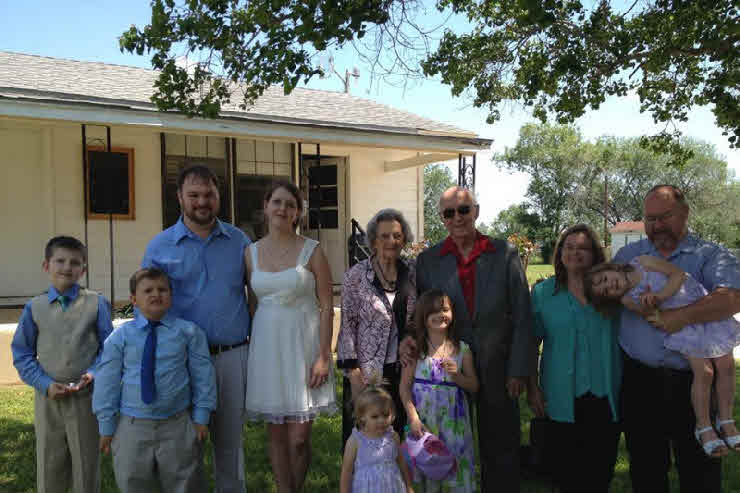 Joe and Claryce's family before the November 5, 2017 shooting at the First Baptist Church
Joe Mathis Holcombe was born on 12 September 1931 at Floresville, Wilson Co., TX.1 He was the son of John Porter Holcombe and Lasta Maud Phillips.1 Joe Mathis Holcombe married Claryce Mae Scott on 14 June 1953 at Hidalgo Co., TX.

While this web site is dedicated to documenting descendants of the immigrant Thomas Holcombe, it is almost certain that Joe and his family are part of a Holcombe family whose common ancestor with our line is probably two or three generations beyond Thomas.

Nonetheeless, we are ALL part of the same family and extend our deepest sympathies to Joe and his family and to all of the families in our country that have suffered from gun violence. Unfortunately, shortly following this terrible event, despite this terrible event, the Govenor of Texas, Greg Abott signed new laws that eased restrictions on firearms, including allowing them in churches like this. 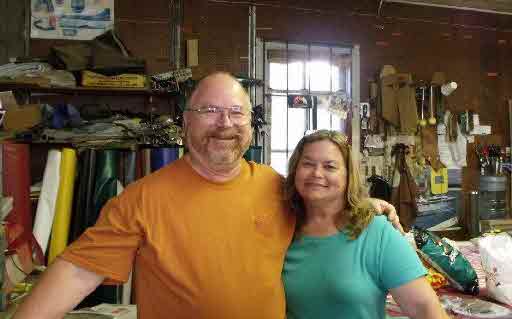 Houses of worship are among the few places left where families regularly gather, sometimes extended and sometimes across many generations. The First Baptist Church in Sutherland Springs, Tex., is no different. And within those walls on Sunday morning, together as always, were three generations of the Holcombe family.

Bryan Holcombe was walking up to the pulpit, preparing to lead the congregation in worship, when a gunman identified by officials as Devin Kelley began to spray bullets at the worshipers.

Holcombe, an associate pastor for the church, was killed in the gunfire, his parents, Joe and Claryce Holcombe, said in an interview with The Washington Post.

Marc Daniel had an infant daughter, Noah Holcombe, who, was a year old, Joe Holcombe said. She is dead, too.

Another son of Bryan and Karla, John Holcombe, survived, but his wife, Crystal Holcombe, who was pregnant, did not.

Crystal had five children. Three of them, Emily, Megan and Greg, died. The two others survived.

That’s eight members of the extended Holcombe family dead, in addition to the unborn baby.

The act of violence that claimed lives from generations of their loved ones took place in the space that mattered to them most: their church.

The Holcombes were among the 26 people authorities say were killed in Sunday’s mass shooting, described by Gov. Greg Abbott as the worst in Texas history.

As the morning stretched to afternoon and evening, friends and family members in South Texas posted on Facebook, asking whether anyone had heard from their loved ones.

Joe and Claryce Holcombe first heard about the shooting an hour after it happened, from a phone call from a member of the church they attend, a different Baptist church in nearby Floresville, Tex.

“He said there was a big shooting and he didn’t say much more than that,” said Joe Holcombe, 86.

Then, in a conversation with the church’s head pastor, they started to hear the wrenching news.

“They’re both in heaven,” the pastor responded. As the day went on, they would learn of the others.

John Holcombe, who teaches Sunday school and runs the audio for Sunday services at First Baptist Church, was struck with shrapnel in his leg, he told his parents by phone later that day. His daughter remained hospitalized Sunday night, mostly for observation, Joe Holcombe said. She was injured when someone fell on her, Claryce Holcombe said.

Their grandparents described the couple as “fantastic” parents, and a “happy family.”

Crystal Holcombe home-schooled her five children and was heavily involved in the church, like the rest of the family. On Facebook, she reported proudly of the children’s successes in competitions for their local 4-H club, and wrote about a recent bake sale in which the girls participated, benefiting families affected by Hurricane Harvey.

John Holcombe posts frequently about his lesson plans for Sunday school. For this week, he planned to focus on Exodus 16, he wrote in a Facebook post. It describes how God provided the Israelites with food as they traveled for 40 years in the desert, “Manna from Heaven.”

Bryan Holcombe was filling in Sunday for the church’s lead pastor, who was out of town.

And according to his parents, the associate pastor has been involved in church work since he was young.

“We knew when he was born, that he was going to be a preacher,” Joe Holcombe told The Post. “His first word was ‘God.’ ”

His first sentence? “See the light.”

On his Facebook page, Bryan Holcombe is shown hoisting his grandchildren on his shoulders, dressing up in costumes for church events and playing his ukulele. He would often play the instrument and sing for prison inmates, a relative told the Associated Press.

“Grandkids, it doesn’t get any better!” Bryan Holcombe wrote on Facebook on one photo of his many grandchildren. “I’ll wake up at night and, in prayer, thank God for each of them . . . it takes a while:-)”

He and Karla lived near his parents, between Floresville and Sutherland Springs. He ran a business on his parents’ farm, making tarps for cattle trailers, Joe Holcombe said.

Bryan and Karla Holcombe were high school sweethearts. One day, their high school was selling roses, offering to deliver them to the classrooms. So Bryan Holcombe delivered a rose to each of Karla’s classes that day.

“He thought she was cute, and she was,” Joe Holcombe said.

Karla Holcombe had the “gift of hospitality,” her mother-in-law said. She had planned to host the family’s Thanksgiving gathering.

Joe and Claryce Holcombe, who are retired teachers, hosted a group of nearby pastors and churchgoers at their home on Sunday as they waited for details about the deceased. They prayed together.

“It’s of course going to be difficult,” Joe Holcombe said.

But, he said, “we are Christians, we have read the book. We know the ending, and it’s good.”

“They’re in heaven,” he added. “And they’re a lot better off than we are.”

The shooting at First Baptist Church shattered scores of other families in this rural, tight-knit community.

Frank Pomeroy, the pastor of First Baptist Church, told ABC News that he did not attend the church service but that his teenage daughter, Annabelle Pomeroy, 14, was killed.

“She was very quiet, shy, always smiling, and helpful to all,” Cynthia Rangel, 50, a resident of Stockdale, said of Annabelle Pomeroy. Rangel, a local emergency medical technician, said she knew three people who were hospitalized after the shooting and were undergoing surgery. “This just all seems like it’s not real.”

As Michael Ward pulled wounded congregants out of the church, he searched for his nephew, three nieces and his sister-in-law, the San Antonio Express-News reported.

“My nephew was outside with four bullets in him,” he said of Rylind Ward, 5.

“And Rhianna, the bullet broke her glasses, and broke ’em off, and she said she hid underneath the pew and didn’t get hit,” he said of his 9-year-old niece.

She waited at the hospital Sunday with her son.

Joe and Claryce Holcombe said they’re still coming to terms with what happened. The shooter, Joe Holcombe said, is “being rewarded right now for what he did, and for all of eternity.”

But, Claryce added, “we need to pray for his family, because they’re going through a terrible time, too.”

“God will see us through,” Joe Holcombe said. “We’ll all be together soon.”


Joe and Claryce have filed a claim aganst the Air Force for negligence for not having filed paperwork that could have stopped Devin Patrick Kelley from buying his weapons. 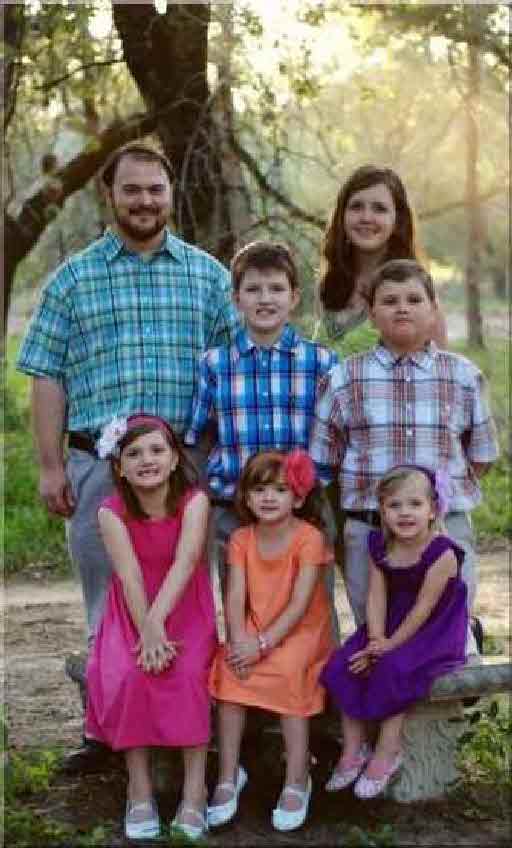 John was wounded in the shooting and Crystal and her unborn child were killed as were their children Emily (front left), Megan (front middle), and Greg (right). Son Phillip (middle) was not in church, and daughter Evelyn (front right) was wounded,
John Porter Holcombe III was the son of John Bryan Holcombe and Karla Kaye Plain. John Porter Holcombe III married Crystal Marie Champion. 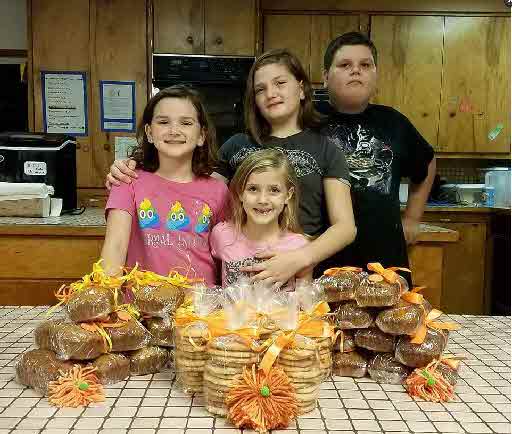 Gregory Lynn Hill, age 13 years 3 months 25 days, died at his church in Sutherland Springs, Texas on Sunday, November 5, 2017 while worshipping Jesus with his family. He was born in San Antonio on July 10, 2004 to Peter Christopher & Crystal Marie Champion Hill. He was a lifetime resident of Floresville. 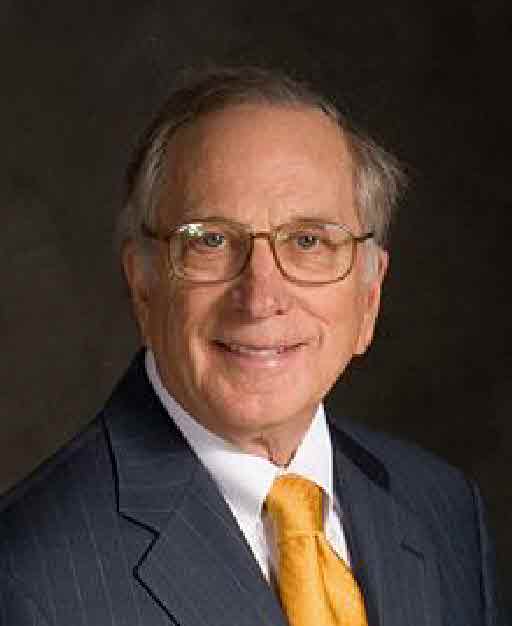