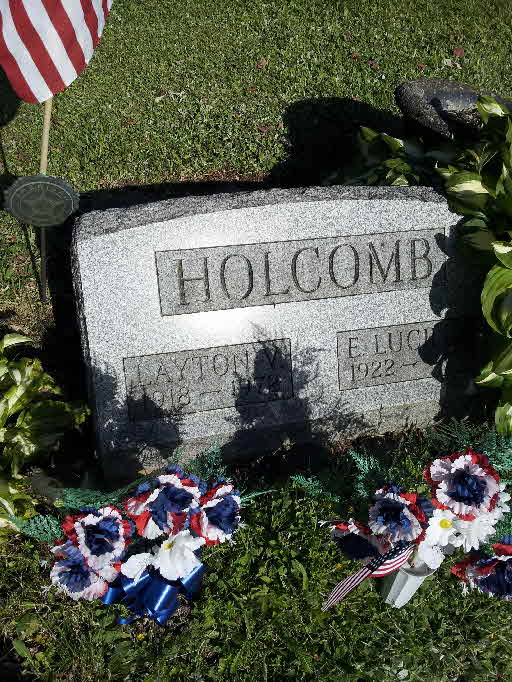 HOLCOMB, Alfred William "Bill" (Age 90) Born October 31, 1922 in Spokane, Washington, Bill passed away June 6th, 2013 at Sacred Heart Hospital. He was preceded in death by his parents Alfred Wilson and Mabel Hornbaker Holcomb, his brother John "Jack" Holcomb, and sister Arlene Carlson. He is survived by his beloved wife of 69 years Frances, his sons, William L. "Bill" (Mary Kathy) , James D. "Jimmy" (Alice) of Spokane and Robert J. "Bob" (Fleeta) of Colbert, Washington, eight grandchildren and five great-grandchildren. Bill was the founder and owner of the Red Barn Ski Shop, and a Rotary Paul Harris Award winner. He loved his wife Frances, his family and friends, the cabin at Priest Lake, and skiing all winter long. Memorial service will be conducted by Pastor Gary Moore at 10 AM on Sunday, June 16, 2013, at the RIVERVIEW TERRACE CHAPEL, 1801 East Upriver drive, Spokane. Private interment will be at Greenwood Terrace. In lieu of flowers, memorials are suggested to the Larry Bettesworth Pharmacy Scholarship Fund, c/o Providence Healthcare Foundation, 101 West 8th, Spokane, WA 99204, or a charity of your choice. 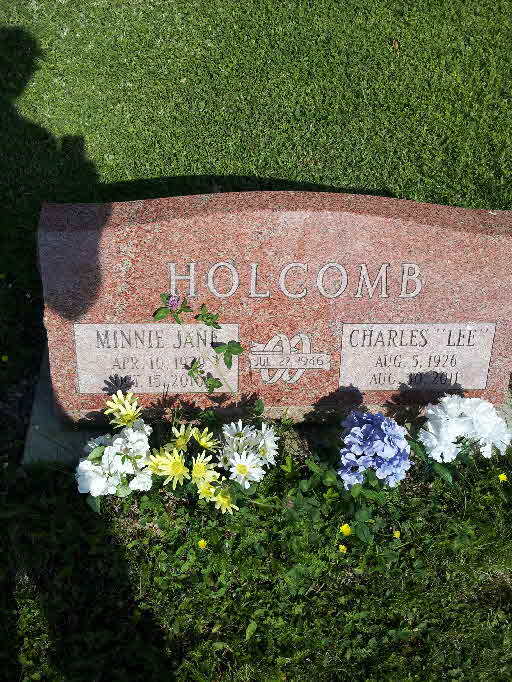 For every piece of agricultural hardware sold, every cow milked, every mile driven and every dollar earned, C. Lee Holcomb never stopped weighing cost against benefit.

The decisions helped him build and sell several businesses at the right time. Marriage and family also had an appraised value.

Mr. Holcomb, who changed careers five or six times and seemed to get the better of every tradeoff, died Aug. 30 of kidney failure. He was 85.

"There wasn't anything he didn't try to do," said Gene Holcomb, his son.

Hegrew up on a dairy farm in upstate New York, then operated one. After driving a school bus and selling farm equipment, he bought a semitrailer and hauled industrial materials at all hours.

The activity charged his batteries. "If there wasn't something progressing, he wasn't happy," said Gene Holcomb, 58. "He might say, 'Oh, man, this is no good. We've got to do something.'"

Over the last 40 years, here are some of things Mr. Holcomb did:

He owned and operated a mobile home sales business in New York, and another in Thonotosassa and Apollo Beach. He bought two semitrailers and drove them at least a million miles. He sold burgers and apple dumplings at fairs in the Northeast, and introduced local children to his cattle for their 4-H and FFA projects.

Two of his businesses, including a dairy farm in Riverview, went belly-up after new owners took over. "I think it was because as much as anything, people kind of get carried away and spend too much," his son said. "And probably because they don't work maybe 20 hours a day."

He was frugal and analytical. He bought used equipment. He might book a cruise, but consider$10 too much for dinner. He stayed abreast of technology, and bought a Global Position Systemfor his Toyota Prius.

In semiretirement, Mr. Holcomb and his wife delivered cattle across the country.

In recent years he operated a kiddie train at local malls.

Minnie Holcomb, his wife of 64 years, died in October. He stopped working the mall job in May, around the same time doctors told him that kidney failure would require dialysis three times a week.

With that, his son said, Mr. Holcomb began to appraise the costs and benefits of staying alive.

He decided against the dialysis.

"Everything he did was calculated," his son said. "Basically right to his death, when you think about it."

b. circa 1932
Mary H. Phillips was born circa 1932. She married Robert Levi Holcombe, son of Levi William Holcombe and Elizabeth Mae Pratt, on 9 April 1969 at Riverside Co., CA.

He married Sylvia Reich on June 26, 1946, and was retired from Waukesha Engine. He was a veteran of the U.S. Navy and a member of the Thomas-Holcomb Post #304. Ozzie enjoyed fishing on the Chippewa flowage, duck hunting with his sons, casino trips, and playing daily cribbage with his wife to see "who would be boss for the day."

Ozzie was preceded in death by his sister, Phyllis Gess, and brother, George Holcomb.

Visitation will be held from 10 a.m. until the noon funeral service Thursday, Nov. 1, at the Haase-Lockwood & Associates Funeral Home, 320 W. Main St., Palmyra, with the Rev. Steven Blyth officiating. Burial will follow at Hillside Cemetery. 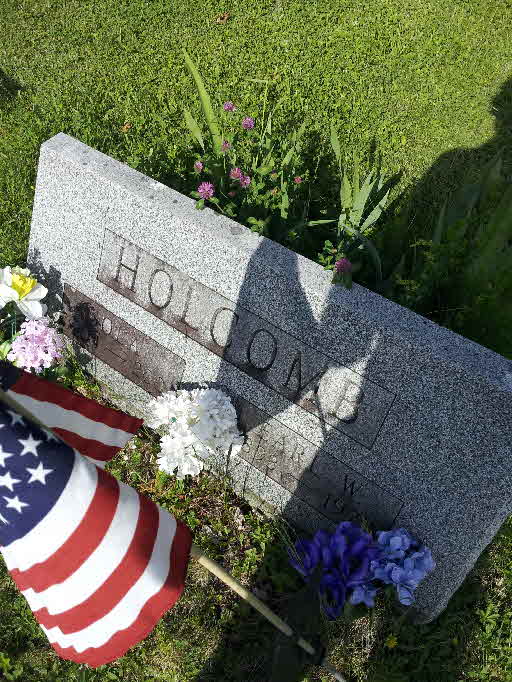 b. circa 1900
Earl W. Babcock was born circa 1900 at Tunnel, Broome Co., NY. He married Gladys W. Holcombe, daughter of Charles H. Holcombe and Adelaide Amelia Watrous, on 5 October 1920.

Frances Nunn was born circa 1782 at probably Chester Co., SC.1 She was the daughter of John Nunn and Eliza Pratt.1 Frances Nunn married John Nicholson. Frances Nunn died circa 1846 at Muscogee Co., GA.1

Child of (?) Atterway and William Nunn 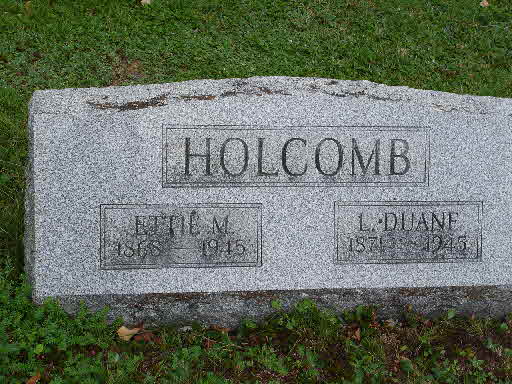 L. Duane Holcomb of 545 State Street, died at 10:30 p.m. Saturday at Binghamton City Hospital. He is survived by three daughters, Mrs. J. Allen Scott of Galveston, Tex., Mrs. John P. Ough of Landsdowne, Pa., and Mrs. Edward Ernst of Binghamton; two sisters, Mrs. LaVerne Stanton of Greene and Mrs. Fanny Standard of Binghamton; five grandchildren, and one great-grandchild. The body was removed to the George H. Scholderer Funeral Home, 269 Chenango Street, where friends may call Tuesday and Wednesday from 3 to 5 p.m. and 7 to 9 p.m. Funeral arrangements will be made later.

Lee Austin was the son of Charles William Austin and Alma O. Holcombe. 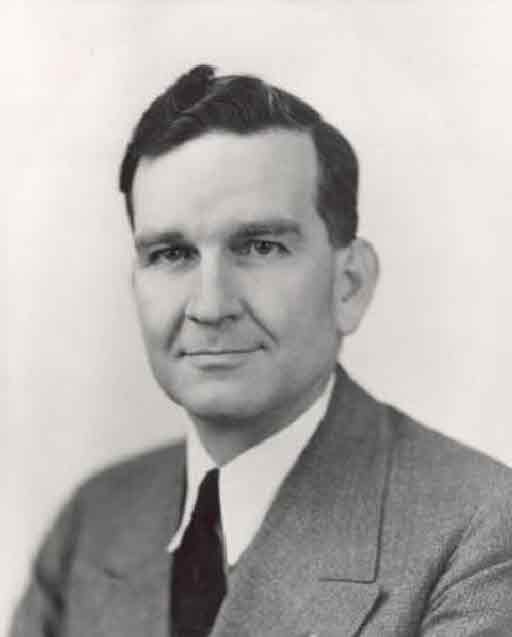 Grant Holcomb, born at Ninth and "G" Streets, was educated in city schools.

He attended Leland Stanford University, studying law. After graduation and admission to the bar, he began his practice in San Bernardino.
Two months prior to the election, the City Council selected him to become Mayor to succeed S. W. NcNabb, who retired to accept appointment as U.S. District Attorney of the southern district of California.

Grant Holcomb leaves for San Francisco Sunday and on next Wednesday he will be married to Miss Eleanor Frances Burkham in Trinity Episcopal church, San Francisco. Sam P. Coy will act as usher at the wedding, which will be an elaborate affair. The guests will be principally former classmates of the couple at Stanford. They will take a wedding trip north and will occupy their own new home in Twentieth street, this city, after the middle of July.

Children of Grant Holcombe Sr. and Eleanor B. Burkham