b. 21 March 1824, d. 23 April 1898
William became an experienced farmer under his father's instruction early in life and also received the advantage of a good academic education. In the spring of 1842 he set out on a voyage from Connecticut, by way of the Connecticut River to Long Island Sound to New York City; from there up the Hudson river to Albany, then by boat on the Erie Canal to Buffalo; from there they came by water to Detroit and from there by rail to Jackson, Michigan. He settled in East Leroy, Calhoun Co., MI. William P. Watrous was born on 21 March 1824 at Chester, Middlesex Co., CT. He was the son of Elijah Southworth Watrous and Clarissa Holcombe. William P. Watrous married Lucy Grodarent, daughter of John Grodarent and Rebecca Shultes, in 1847. William P. Watrous died on 23 April 1898 at age 74.

Children of Emory E. Watrous and Lydia A. Jones

b. 1833
Julia A. Watrous was born in 1833. She was the daughter of Elijah Southworth Watrous and Clarissa Holcombe.

b. 1843
George K. Watrous was born in 1843. He was the son of Elijah Southworth Watrous and Clarissa Holcombe.

b. 1845
In 1874 and 1875 Joseph was listed as a carpenter in the Grand Rapids City Directory. In Lowell, MI, he was reported to be a constable. Lucretia Kent appears to be the sister of Addie Kent who married Joseph's brother, Henry. It is not known what happened to Proxode. Joseph L. Karr was born in 1845 at Huntingdon Co., Québec, Canada. He was the son of William M. Karr and Statira Alvira Wagner. Joseph L. Karr married Poroxode Joslin on 9 May 1870 at Grand Rapids, Kent Co., MI. Joseph L. Karr married Lucretia Kent on 15 February 1876 at Lowell, MI.

It is possible, because of close birth dates that Nettie and Joseph may be twins. M. B. Armstrong may have been a pastor in Canada, and may be related to mary Ann Waggoner and David John Armstrong. 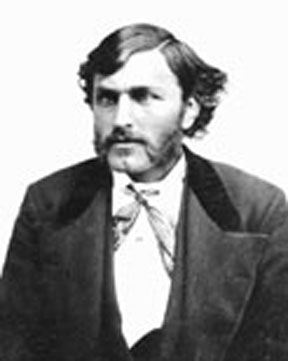 Henry was a carpenter at the time of his marriage. About 1883 he became a meat-cutter and remained a butcher the rest of his life. It appears, but is not confirmed that Henry's wife Addie and their two children moved to California around 1912/13. Whether they divorced or not is uncertain. Henry died in the Kent County Infirmary, where he is listed as an 'inmate'.


Henry and Addie were enumerated in the 1880 Grand Rapids, Kent Co., MI, federal census. He was 30, she was 22. There were no children in the household. They were enumerated nearby George and Kate Wynkoop.

Kathryn was an accomplished artist and oils painter. She and George, married shortly after he was released from the Union Army, lived on Turner St., just two blocks from her parents.

George enlisted in the Union Army in 1862. He served with Co. D, 19th Michigan voluntary Infantry, with Gen. Shafter as his Regimental Commander, through the Civil War.

His first combat action occurred in Tennessee. He and other members of Company d, of about 50 men went on a recon mission south of Nashville, TN, and were attacked by a large contingent of Rebel forces led by Gen. Joe Wheeler, in Franklin, TN. After fighting for some time and being overwhelmed, they were taken prisoner of war and sent to the POW camp at Richmond, VA. They were there only a short time before they were exchanged for southern prisoners held by the Yankees. This exchange program broke down and was discontinued in 1864.

Being released, he rejoined his old outfit and under the leadership of General Sherman,participated in the 'Battle of Atlanta'. From there they participated in the 'March to the Sea' and reached Savannah on December 21, 1864. They had engagements at Thompkin's Station, TN; Nashville & Chattanooga Railroad, Resaca, GA; Cassville, GA; New Hope Church, GA; Golgotha, GA; Culp's Farm, GA; Peach Tree Creek, GA; Seige of Atlanta; Savannah, GA; Averysboro, NC; and Bentonville, NC.

After the fall of Benton, NC, and the surrender of Gen. Johnston, the Regiment marched to Alexandria, VA, arriving on May 18, 1865, to participate in the Grand Review in Washington, DC, on may 24, 1865. They then returned to Jackson, MI, where they were paid off and disbanded.

Folklore indicates he turned down an inherritance of a plantation in SC from a relative because he was so embittered with the war. 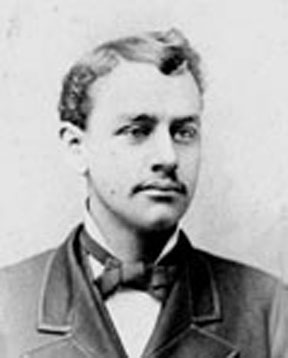 Thomas moved with his family to Grand Rapids, MI, and was married in teh 1880's to a 'Simmons'. This marriage did not last. How it ended is uncertain.

His daughter, Mabel Dolly Karr, bequeathed money to her 1/2 brother Eugene Miller of Detroit in 1912. this suggests that her mother had remarried to a 'Miller' and had a child, Eugene Miller, born August 6, 1892 in Detroit. eugene died in Detroit in 1970.

Thomas moved to California prior to 1906 and at that time was single and was active in Masonry. the 1907 Los Angeles city Directory lists him living at 235 E. 2nd St. and that he changed the spelling of his name to 'Kerr'. His occupation is listted as a miner. He owned about 40 acres of land east of Los Angeles which he named 'Rancho de Kerr'. today this ranch lies beneath the intersecting Interstate and 10 and 15 freeways.

Thomas was tragically killed in an automobile accident in Occidental Park, a sub district of Los Angeles. A large moving van had obscured Thomas' vision as he pulled his vehicle out onto York Blvd., two blocks from his home at 5153 Stratford Road. He was broadsided by a street car who did not see his car because of the van. 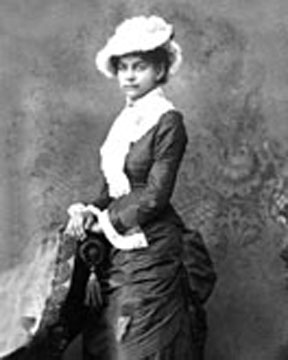 Harriet applied for membership to the DAR on October 17, 1922 and was approved (national Number 182842) with the Balliet Chapter, Mount Vernon, IA. In completing the documentation for membership, she used the spelling of surnames as: 'Carr' and 'Waggoner'.

She was always known as Hattie Karr. Joe Eness was a carpenter. Her marriage was witnessed by W. J. Eness of Grand Rapids, and Gracie Mitchell of Reed City, MI. B. C. robbins was the pastor. Hattie and Joe moved to Olivet, MI and Hattie eventually took care of her mother, Alvira Statira until her death. Some records indicate they may have moved to Oregon.

James Armstrong was the son of David John Armstrong and Mary Ann Wagner.

Elna Armstrong was the daughter of David John Armstrong and Mary Ann Wagner.

William Armstrong was the son of David John Armstrong and Mary Ann Wagner.

b. October 1883
David York is not sure that Maria exists; she may be confused with Maude born a year later. Maria Karr was born in October 1883 at Grand Rapids, Kent Co., MI. She was the daughter of Henry C. Karr and Addie M. Kent. 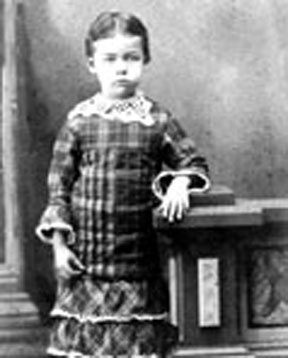 Folklore has it that Sadie had some type of medical condition that required immediate surgery and that this was done on the kitchen table in their home. She did not survive this surgery. A family picture taken in Grand Rapids in about 1895 shows her playing a guitar. Her sister Ella took over the job of raising Sarah's two children, Karthryne and Grace. Sarah Alvira Wynkoop was born on 21 September 1876. She was the daughter of George W. Wynkoop and Kathryn Karr. Sarah Alvira Wynkoop married Willard Warren Armstrong, son of Jacob M. Armstrong and Mary H. Deisch, on 8 August 1894 at Grand Rapids, Kent Co., MI. Sarah Alvira Wynkoop died on 27 December 1910 at Grand Rapids, Kent Co., MI, at age 34.

Both Dexter and Buell showed Anna as their closest relative on the WWI draft registration cards. He signed his middle name in ink 'Read' but someone wrote 'e' over the 'a' in pencil.

Bessie's obituary in the Courant indicates that she had two grandchildren and two great-grandchildren. She had lived in Windsor for 70 years so perhaps a look at the 1910-20 census will give the names of any children.

When Albert applied for a social security card on 16 December 1936 he was living on Main Street in Windsor and working for H. Duys & Co. on 225 State Street, Hartford.

b. March 1828
Thomas Clark was born in March 1828 at CT. He married Ellen M. Holcombe, daughter of Hermaz Holcombe II and Emily Latham, say 1874. Thomas was recorded in the 1900 Windsor census as a carpenter.

b. November 1875
Annie Clark was born in November 1875 at CT. She was the daughter of Thomas Clark and Ellen M. Holcombe.