Child of Elizabeth Ann (?) and Moses B. Gillett 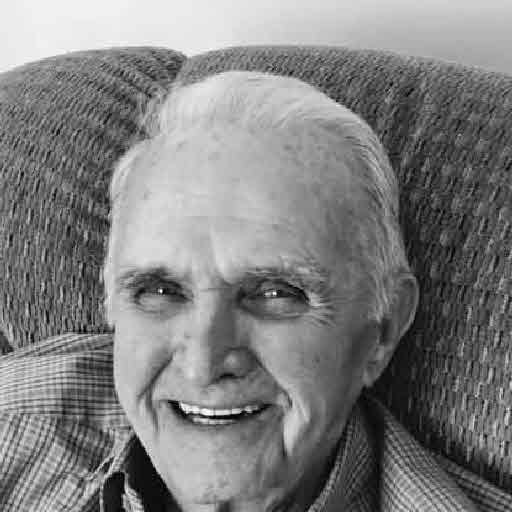 Arthur ("Art") Everett Pinney, 88, of Hebron passed away peacefully surrounded by his beloved family on May 15, 2019 at the home of his son and daughter-in-law, Barry and Patricia Pinney, who lovingly cared for him for the past eighteen months.

Art was born on the family farm in Andover, Connecticut to Hazel and Arthur Everett Pinney, Sr. on December 7, 1930. He spent his childhood on the farm and helped to run his grandmother's dairy farm next door, which eventually became what is now known as the Hurst Farm in Andover. In turn, his grandmother sold him a 15-acre parcel of land for $1 with the condition that he build a house on the property within a year. So, at the tender age of 18, he built by hand the house he and his family resided in for the next 70 years. He was a true Yankee and jack of all trades. Following a short stint in the National Guard, he was a chauffeur for the Cheney family, television repairman, tile layer, diaper deliveryman, school bus driver, excavator operator, and a ribbon mill machine repairman. He eventually became a machinist at Pratt & Whitney Aircraft through which he proudly earned his GED so that he could assume the position of leadman. In 1972 he turned to his true love of cabinet making and established Pinney Woodworking, which he ran until his retirement.

He was a lifetime member of the Hebron Volunteer Fire Department, a Hebron Selectman, a past Master of the Bolton Grange and a director of the State Grange Youth Committee. He was a self-taught musician and used his talent to call square dancing at the Bolton Grange. Oh, did he love to sing! His dances became so popular, he was asked to take his talent on the road and called square dances at Granges statewide.

Art will be forever missed by his children, Kathy Purvis, Barry Pinney, and his wife, Patricia, Karen Conway and her husband, Michael and Brian Pinney and his wife Joan; his grandchildren, Carrie, Melanie, Joseph, Matthew, Abigail and Victoria Pinney and her son, King, and Taylor Conway as well as many nieces and nephews and his dear friends, Del and Martine Bernais and Chris and Pete Ratti. He was predeceased by his wife of 57 years, Beryl Pinney, great-grandson, Tyler Smith, granddaughter, Erin Pinney, son-in law, Richard Purvis and his four sisters, Eleanor, Gladys, Dorothy and Ida, and brother, William. Art made a life choice to donate his body to the University of Connecticut School of Medicine for the advancement of anatomic education and clinical training.

Calling hours will be held at John F. Tierney Funeral Home, 219 W. Center Street, Manchester, CT on May 23, 2019 from 4pm to 7pm. In lieu of flowers, donations in Art's memory may be made to the Hebron Volunteer Fire Department, 44 Main Street, Hebron, CT 06248 or the Russell Mercier Senior Center, 14 Stonecroft Drive, Hebron, CT 06248. For online condolences, please visit www.tierneyfuneralhome.com.

We have lost another hero of the second world war. Harlan Case, 94, of Guilford died peacefully on May 17. Harlan was born and raised in Plainville. He was predeceased by his wife Libby, his sisters Olive and Ella, and brothers Howard, Clarence, Chester, Homer, and Edward. He is survived by his brother Richard of Plainville and many nieces and nephews. Harlan served in the European theater during WWII, fighting his way across France. He was wounded and captured and spent the remainder of the war as a POW, escaping three times. He was awarded the Bronze Star and three Purple Hearts. At his request, there will be no services. May he rest in peace.

b. 1931
Hilary Holcombe was born in 1931 at MA.1 She was the daughter of H. Sherman Holcombe and Julia Potter Himmelsbach.1

Child of William Francis Griswold and Margaret A. Williams

b. circa 1916
Maude Adele Holcombe was born circa 1916.1 She was the daughter of Robert Lawrence Holcombe Sr. and Maude Irene Muller.

b. May 1890
Willie Holcombe was born in May 1890 at AL.1 She was the daughter of Albert Devereaux Holcombe II and Modeste Marie A. Hamelin.1

A native of Mobile, Shirley grew up in Fernway and attended St. Mary's Catholic School and then Convent of Mercy High School. She often recounted fond memories of these early years.

Shirley was a devoted wife, mother, grandmother, great-grandmother, sister, cousin, aunt, and friend. She will best be remembered for her ability to love. When Shirley loved, she loved wholeheartedly. A hug, a kiss, and a smile meant more to her than many realized. Her kind, generous, and loving spirit was an inspiration to her family and friends. She will be missed dearly.

A funeral mass will be held at 11am on Friday November 4, 2016 at Corpus Christi Catholic Church in Mobile, Alabama. Visitation will begin at 10am. Internment to follow at Pine Crest Cemetery West.

Mary Elizabeth Holcombe Ludvigsen, age 84, a native of Mobile, resident of Fairhope and formerly of Gulf Shores and Pensacola, died June 14, 2018 at her home surrounded by her loving family. She is preceded in death by her grandmother, who raised her, her parents, her sister Shirley and her brother JC. She is survived by the love of her life, her husband of 58 years, Michael Terry Ludvigsen, Sr. and her children; Michael, Jr. (Mary) of Gulf Shores, AL, Patrick (Leanne) of Jacksonville, FL, Joseph (Kate) of Clermont, FL, Timothy of Pensacola, FL, Elizabeth Tessin (Craig) of Woodbridge, VA, 13 grandchildren and one great-grandson. Mom lost both parents at a young age and was raised by her paternal grandmother. She attended Ursuline Academy in New Orleans and was a 1952 graduate of Convent of Mercy in Mobile. She completed several courses at Spring Hill College prior to starting work at Brookley Field, and marrying dad in 1959. It was a love affair that never ended. She was a devoted wife, loyal friend and a loving mother to her children and grandchildren and the many friends we brought home over the years, who still call her mom. Anyone who ever made it into one of the many couch photos became a part of the family. While her number one job was always as a homemaker, mom worked outside the home also. Often times as a volunteer. Whether substitute teaching, serving on the school board or doing cub scouts, mom always had something going on. She enjoyed the many careers she had over the years, the countless friends she made as she went though life with a smile and a positive word of encouragement. She drove, cooked, cleaned, taught and guided. But mostly, she loved and she loved unconditionally. Visitation will be held at Radney Funeral Home, Mobile, Alabama, on Friday, June 22, beginning at 5 p.m. Mass of Christian Burial will be celebrated at St. Mary's Catholic Church in Mobile on Saturday, June 23 beginning at 11 a.m., with graveside committal to follow in Magnolia Cemetery. In lieu of flowers memorial donations may be offered to St. Jude Research Hospital, 262 Danny Thomas Place, Memphis, TN 38105 or American Cancer Society, 110 Montlimar Dr. #42, Mobile, AL 36609.

Miles K. Holcomb, age 86, of Daytona Beach, formerly of Connecticut, passed away in Ormond Beach, on Thursday, September 12, 2008, A service in his honor will be held Monday, September 15, 2008; 2:00 PM, with Fr. James Taylor officiating. A visitation will precede the service from 12-2 PM. Mr. Holcomb was born in Stratford Connecticut, he was a proud veteran of the US Navy during World War II, a lifetime 32*, F&A and A&M Mason of St. John's Lodge #8 and the Lafayette Conservatory, and Royal Patron of Stratford, CT. #21 O of A. He was preceded in death by his dear daughter, Judith and daughter-in-law, Shirley, both in (2006). He leaves behind to cherish his memory his devoted wife of 68 years, June ErleHolcomb; two children, Miles E Holcomb, and Linda (Joe)Martinka; 11 grandchildren: Drew, Kevin, Brian, Michael,Jennifer, Kimberly, Joseph,Tammy, Misty, Stephen and Kenny; 12 great-grandchildren: Taylor, Kayla, Jacob, Curtis, Daniel, Katie, Samantha and 5 Gilson great-grandchildren. In lieu of flowers please send donations to Hospice of Volusia/Flagler. Condolences may be shared with the family online at www.lohmanfuneralhomes.com. Arrangements are under the careful direction of Lohman Funeral Home Daytona.