Wesley Lewis Case, 96, of Simsbury, passed away on Wednesday, December 26, 2018. A lifelong resident of Simsbury, Wesley was born September 5,1922 to the late Lewis Wesley Case and Mary McGill Case McClure.

Wesley learned fly fishing and hunting from his father; interests which lasted him his whole life. His hunting skills served him well when he joined the Marines Corps in WWII and was quickly identified as an expert marksman and assigned to teach recruits to shoot. Wesley served in the Philippines and China before the war ended. While in the Marines, he met his wife, the late Dorothy Cassel Case.

After the war, Wesley joined the fledgling Simsbury Volunteer Fire Company and rose to the rank of 1st Assistant Chief before retiring in 1980. Wesley was also a very active member in Simsbury's America Legion Post 84, VFW Post 1926, and the Masons.

Wesley had a varied work life. After many years as a carpenter, he helped install the sewers in Simsbury, worked at the sewer plant, became a Health Inspector in Simsbury, and finally retired in 1996 (at age 74) from the Farmington Valley Health Department as a Registered Sanitarian.

With his love of the outdoors, Wesley was a life-long bee keeper, a charter member of the Simsbury Fish & Game Club (at age 16), and a member of Kingdom Game Club. He was an avid and successful hunter well into his 90s. He was also an avid fan of UConn Women's Basketball,

Family and friends may call at the Vincent Funeral Home, 880 Hopmeadow Street in Simsbury on Wednesday, January 2nd from 6:00 PM to 8:00 PM. Funeral service will be held at the funeral home on Thursday, January 3rd at 11:00 AM. Stories from Wesley's life will be welcomed at the service. Burial will follow in the Simsbury Cemetery. In lieu of flowers, please send donations to St. Jude Hospital, Shriners Hospital, or Disabled American Veterans. Please visit Wesley's "Book of Memories" at www.vincentfuneralhome.com for online condolences.

Children of Evelyn May Oates and Harold Deane Griswold 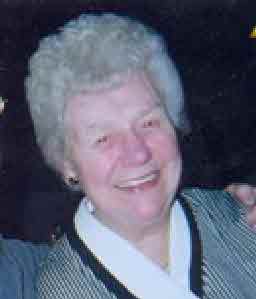 Carolyn Cowles, 87, of Windsor Locks, beloved wife of the late Alton Cowles, passed away peacefully on Wednesday, May 8, 2019 at Hartford Hospital. Born in Stafford Springs to the late Harry and Helen (Scheiner) Ellsworth, she was raised in Broad Brook and has been a Windsor Locks resident for over 60 years. Carolyn was a member of the Windsorville Methodist Church and a past member of the Felician Adult Day Care in Enfield and the Bradley Bowling League. She played the piano and loved music, especially church hymns and Frank Sinatra, and was an avid NY Yankees and UCONN Women's basketball fan. Carolyn enjoyed planting flowers in her garden and had a large collection of elephant and angel figurines. She was a loving, caring woman who did anything to help friends and family. She will be dearly missed. She is survived by her son Robert Bourke of Windsor Locks; her sisters Beryl Wilson of Windsor Locks and Gladys Nolan of Enfield; and many nieces, nephews and friends. Besides her parents and husband, she was predeceased by her sisters, Harriet Cooley, Virginia Bergstrom and Jean Wilson. Her family would like to specially thank the staff and hospice team at Hartford Hospital for their compassionate care. Her family will receive friends on Tuesday, May 14 from 11 AM to 12 PM at the Ladd Funeral Home, 19 Ellington Ave Rockville, followed by a graveside service at 12:30 PM at the Ellington Center Cemetery. In lieu of flowers please make a memorial donation to the Windsor Locks Lions Ambulance, 401 Spring St. Windsor Locks, CT 06095 or the Felician Adult Day Care, 1333 Enfield St Enfield, CT 06082. For online condolences please visit www.carmonfuneralhome.com
Published in The Hartford Courant on May 12, 2019.

Child of Hattie B. Gladding and Arthur J. Ellsworth

Levester (Lee) Charles Messenger, 98, of Suffield, formerly of Maine; beloved husband of the late Jean C. Messenger, passed away on February 4, 2019; peacefully at home surrounded by his loving family.

Son of the late Caroline and Charles Messenger, Lee graduated from Simsbury High School. He was employed as an aircraft mechanic with Hamilton Standard, in Windsor Locks Ct., retiring in 1980. A proud WWII veteran, he joined the army in 1944 and fought throughout Germany in the 71st infantry division along side General Patton covering over 600 miles, mostly on foot. During the war, Lee met his wife Jean at a square dance in Granby Ct., and married in 1944 celebrating 73 loving, wonderful years together.

Lee's greatest joys were his family, camping, fishing, gardening, and reading mystery books. Lee is survived by; two sons Dale C. Messenger of Wallagrass, ME, and Bruce A. Messenger and his wife Jackie of Suffield, CT; six grandchildren and 16 great grandchildren. He was predeceased by 4 sisters. In lieu of flowers memorial donations may be made to Hartford Healthcare at Home & Hospice: 1 Northwestern Drive, Bloomfield, Ct. 06002.The Heritage Funeral Home 1240 Mountain Road, West Suffield has care of the arrangements. All Funeral Services will be Private at a later date.

Child of Margaret A. Williams and William Francis Griswold

Homer David Case, 87, of Plainville, CT, husband of Pauline and son of Lenson H. and Ella Betsey Case, passed away in easy conversation with one of his loving sons on February 10, 2019, two days before his 88th birthday. Always with a song in his heart, he approached life with compassion for others and generosity of spirit, demonstrating that doing for others is the greatest reward we can give to ourselves.

Homer was predeceased by his beloved wife of 62 years, Pauline (Johnson) Case, to whom he devoted himself so compassionately, his son Ronald Case Sr., his brothers Howard Case, Clarence Case, Chester Case, Edward Case, and his sisters Olive San Juan and Ella Betsey Ross.

Though he was a gentle giant, it wasn’t his height or hands, but his heart that was the biggest part of him. When his family grew through marriage, he welcomed each new family member as someone he had been waiting for all along, making each feel immediately welcome, at home, at ease, and loved.

Homer retired from GE in 1988, splitting his residence between Plainville, CT and Otis, MA. Though he tried out the snowbird lifestyle for a couple of winters, he found that being nearer to his family was worth the winter weather. Ultimately, he watched the calendar for spring, racing to be first at the lake for the season. It is in Otis where he found the most pleasure in his retirement, building clocks, playing cards with friends and family, picking fresh fruit to make his jam, doctoring cookie recipes, singing karaoke to standing ovations, cruising around the lake in the evening, driving to the fields to watch the deer come out at dusk, mastering Peggle, and cherishing his time with friends and family in the life he built with them. Homer proved the simple pleasures in life add up to profound joy.

He was so proud of his family, and this was ever-evident in his smiling eyes when his daughter and sons approached for a hug, when he listened to Gregory’s music, when he proudly displayed Shannon’s paintings, when he danced with one of his girls at her wedding, or when he applauded one of his grandchildren’s or great-grandchildren’s achievements -- a stage play, a preschool graduation, or even the completion of a puzzle. His family was his world.

He lived by the lyrics of Ol’ Blue Eyes, singing his way through everything, whether by serenading “his girl” The Way You Look Tonight or simply reminding us all that “And more, much more than this, I did it my way.” So, surely whenever we hear Frankie belt, “These little town blues,” we won’t hear Sinatra’s voice, but Homer’s crooning in unison. “In other words,” Homer, “[we] love you.”

His family will receive friends at the Bailey Funeral Home, 48 Broad St., Plainville on Saturday, February 16 from 4 to 6PM. In honor of his giving heart, donations in memorial can be made to the Plainville Community Food Pantry, http://plainvillefoodpantry.org. The family encourages all to wear a splash of red in remembrance of Homer, because had you asked his favorite color, he would have declared, “I like red no matter what color it is.”.