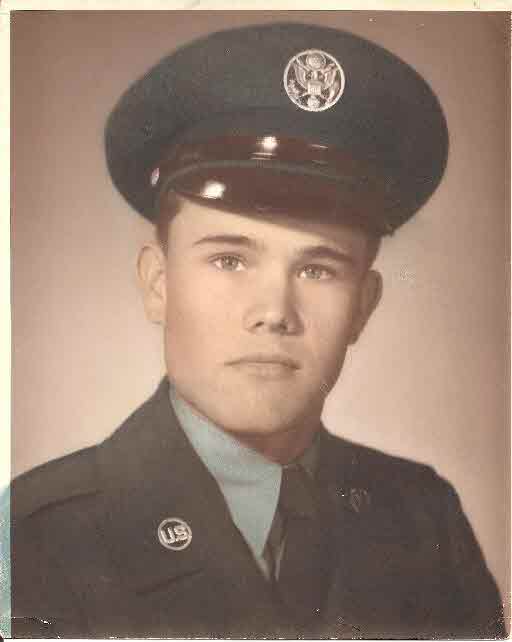 Mayflower Descendant, lawyer, Chief Justice of the US Supreme Court.

GRANVILLE — James L. Holcomb took his earthly leave on Monday, Aug. 12, 2019 at the the Slate Valley Center in North Granville.

He was a 1959 graduate of Granville High School. Jim was a proud veteran of the U.S. Air Force, enlisting following graduation. Some of his destinations during his service were Texas, Alaska and South Dakota.

Jim married the love of his life, Lorraine Tifft, on March 6, 1965. Together they raised their family. Family was of paramount importance to Jim. He lived by the rule that a man's job was to care for his family, no matter what. This was a principle he instilled in his sons and taught them by his example.

Jim retired from General Electric in Rutland, Vermont, after 35 years of service. He also worked at Price Chopper for 10 years during his retirement.

Jim and Lorraine enjoyed traveling. Some special trips were to Hershey, Pennsylvania, Nashville — when Jim was photographed on the stage of the Grand Old Opry — and the Caribbean.

Music was Jim's passion. He loved karaoke and one of his favorite types of music was good old traditional country music. Jim was a man of strong faith. He recognized that his faith was the source of his strength. His music became an expression of that faith. When Jim sang during a church service, his voice reflected his strong love and praise for God. His son, PJ and grandson, Andrew, were influenced by their grandfather's musical talents. As parents and grandparents, Jim and Lorraine provided a healthy environment for the development of their musical talent.

Jim's love for his children and grandchildren knew no boundaries, and they were a source of pride in all they accomplished.

Jim was predeceased by his parents.

He will be missed by his beloved wife, Lorraine; and his sons, Paul Holcomb (Lois Deborah) and Phillip Holcomb (Tammy), all of Granville. He was blessed with 12 grandchildren, Adam, Andrew, Abigail, Alexander, Angelo, Annalise and Abraham Holcomb, Jessica Cartier and James, Jennifer, Charles and Seth Greenough; and 12 great-grandchildren, Isabelle, Kevin Jr., Lylah, Lily, Gigi, Felix, Tessa, Mason, Krya, Amelia, Layla and Hunter. Jim is also survived by his sisters, Eva Bradley and Ethel Tifft, both of Granville; and many nieces and nephews. He will also be missed at gatherings of his karaoke friends, church friends and McDonald's and Dunkin Donuts coffee drinking buddies.

A funeral service will be held at noon Thursday, Aug. 15, at the Granville Baptist Church, 23 Quaker St., Granville, with the Rev. James Peterson presiding. Friends may call from 10 a.m. until the time of the service. Full military honors will be shown following the funeral. Friends and family are invited to a social gathering in the fellowship hall of the church following the funeral and military honors.

Special thanks to Larry and Kathy Tifft, Leon and Ethel Tifft, Ralph and Janet Pagan, Joe and Eva Bradley and Mary Jane and Jack Tifft for their unconditional support and love.

The Holcomb family requests donations made to the Granville Rescue Squad or Granville Baptist Church in Jim's memory.

Arrangements were entrusted to the Robert M. King Funeral Home, 23 Church St., Granville. Online condolences may be made at www.robertmkingfuneralhome.com.

Bowman proposed with a question mark that this James was he who married Olive Noble.

Bowman's proofs were limited to name association the common location of New York State. The 1790 census for James5 was from Kinderhook, NY, one hundred miles south of Granville, NY, which leads us to the conclusion that he was at that time over forty-five years of age, married , and had had two older males who were teens and/or early twenties iin his household. Other sources, without proofs, add that James5 was married to Ester Ganyard, a descendant of Adam "the mulatto" Rogers, and was the James Holcombe who moved to Ohio around 1802 where he died after 1807.

Bownam was apparently unaware of, or chose to ignore, the work of George E. McCracken, Hannah Elizabeth (Weir) McPherson, and Jesse Seaver (who had access to the records of the Rev. Amasa Holcombe, a contempory of James, through the work of Dr. William Frederick Holcombe). The records of Amasa, W. F. Holcombe, and Seaver are in the Hiram Frank Holcomb Genealogical Research Collection at the Connecticut Historical Society, call number GEN029.

Using the above senario, James, the proposed spouse of Olive Noble, would have been about ten years old at the time of the move from New York to Ohio, but nine years later he ended up much further north in New York married to a local girl of standing, and remained there the rest of his life. The more logical story is that James7 began and ended in northern New York and married the girl next door.2

This web page will continue the life of James and Olive under James7 , the son of Levi6.

John Whiting was the son of William Bradford Whiting and Amy Lathrop.1

David P. de Rham, 64, of Pinnacle Ridge Road, Farmington, died suddenly Friday (July 28, 1995) at John Dempsey Hospital, Farmington. He was born in New York City, son of the late Casimir and Lucy (Patterson) de Rham, formerly of Tuxedo Park, N.Y. He was a direct descendent of Henri Casimir de Rham of Giez, Switzerland, who was appointed the first Swiss Consul to the United States in New York in 1822. His paternal grandparents were Henry Casimir and Georgiana (Berryman) de Rham, formerl y of Tuxedo Park, N.Y., New York City, and Newport, R.I. His maternal grandparents were Rufus L. and Margaret (Morehead) Patterson, formerly of New York City and Southampton, Long Island. Mr. Patterson was a founder and Chairman of American Machine and Foundry, now A.M.F. Mr. de Rham graduated from St. Mark's School, 1949, Harvard University, BA 1953, Harvard University Graduate School of Business Administration, MBA, 1955. He was President of de Rham Associates, a tax consulting and financial advisory service for individuals and small business. He owned and operated an Income Tax Practice from 1955-1972, and was an Enrolled Agent. The tax practice was sold to Budwitz & Meyerjack, CPAs, in 1972, and he continued to serve as Senior Tax Associa te with Budwitz & Meyerjack until his death. In 1958 he co- founded Data Managament, Inc. of Farmington, with Robert W. Hincks, and served as Chairman of the Board and Secretary/Treasurer until the family sold its interest in 1993. He had served on the Board of Directors of Zenith Laboratories, Anderson Laboratories, and Ney Ultrasonics. Mr. de Rham touched many lives, and was active in countless community organizations. When asked for a few moments of time and a little advice, he would stop everythi ng else to devote his full attention and enthusiasm to the question at hand. For over 20 years, he was on the Investment Advisory Committee of the Society for the Increase of the Ministry (SIM), Investment Committee of the St. James Parish Endowment Fund , and Investment Advisory Committee of the Yankee Girl Scout Council. He was serving on the Noah Wallace Fund Finance Advisory Committee, the Business Advisory Committee - For the Secretary of the State, and had been a member of the Governor's Strike Fo rce for Full Employment - Tax Sub-Committee under Governor Meskill. He was a long-time member of the Farmington Republican Town Committee, having acted as Treasurer and Co-Chairman of the Finance Committee. Mr. de Rham was currently serving as an elected member of the Farmington Board of Tax Review. He was a Director and past Treasurer of the Harvard Business School Club of Northern Connecticut, and a long-time member of the Exchange Club. He was past President of the Farmington Field Club, and held curr ent positions on the Long Range Planning and Budget Committees. He was a member of the Evening Star Lodge No. 101, Unionville, and Sphinx Temple, Hartford. Mr. de Rham's many activities arose from a life of fellowship and good humor. He was a gentle ma n in the truest sense of the word, spreading bonds of friendship worldwide. There was always room for one more to join his extended family and share a journey on his ark of kindness. Central to his life was the love and devotion for his family. He is survived by his wife, Rachael (Thompson) de Rham; and his children, Abbott Bradford and Kathleen Elizabeth (Morris) de Rham of Dorset, Vt., Margaret Morehead de Rham and Brian Kelly of Newfields, N.H., and John Motley Morehead de Rham of Farmington. He h as three granddaughters, Teresse Marion de Rham, Savannah Mireille Thompson de Rham, and Lucy Lathrop Kelly. He also leaves his brother and sister-in-law, Casimir and Elizabeth (Evarts) de Rham of Cambridge, Mass. There will be a memorial service at St. James Episcopal Church, Farmington, Wednesday, Aug. 2, 1995, 1 p.m. In lieu of flowers, donations may be made to St. Mark's School, Southborough, Mass., St. James Episcopal Church - David P. de Rham Memorial Fund, Farmington, or Farmington Food Pantry, c/o First Church of Christ Congregational, Unionville.

John Leffingwell Whiting was the son of John Whiting and Lydia Leffingwell.1

b. 13 March 1822
John Talman Whiting was born on 13 March 1822 at Detroit, Wayne Co., MI. He was the son of John Leffingwell Whiting and Harriet Cornell Talman.1 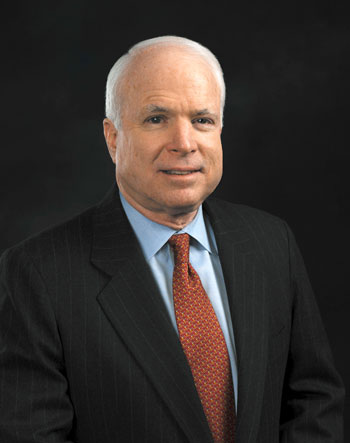 In his book Senator McCain quoted his grandfather speaking to his own son in Tokyo Harbor during the surrender of the Japaneese: "Son, there is no greater thing than to die . . . for the country and principles that you believe in." The senator then reflected that he had served a purpose greater than his own pleasure or advantage. And for that, sir we are all greatful.