The Connecticut Nutmegger of September 2004, page 247, in an article titled "Hartford District Probate Records from 1750 as abstracted by Lucius Barnes Barbour from Volume 17 (1753-57) and Volume 18 (1857-61)" transcribed by Helen Schatvet Ullman, states:

Settled in Southwick, Mass; was an inn-keeper, having moved there from Granby and Simsbury.

Seaver is confusing on Nodiah. He shows two children with this name. The first born 1794, (probably a typo for 1749)died 1829, who married Affiah Buttolph. The second born in 1749 who married Apphia Butler.

Dora Marcia Spring lists the children on her supplemental application and lists both the way McCracken and Bowman do. However she does not mention the first three children mentioned here Azariah Damaris and Mary.

See the notes on Noadiah's older, deceased brother by the same name. We are following the assumption, like McCracken, that the first Noadiah died and the next son was then also named Noadiah. Seaver shows the two Noadiah's marrying Affiah Buttolph and Apphia Butler, apparently the same woman, either last name could also have been a married name and she a widow as she was in her 30's when she married Noadiah.

Seaver spells his name Asahel. Bowman shows the second marriage after his death!

He was a volunteer from Simsbury at the Lexington Alarm. He was in Sheldon's Light Dragoons to the close of the war, and rose to the rank of captain. He was a pensioner when he died, 1832, aged eighty.

According to Carol Laun at the Salmon Brook Historical Society, Maria (sometimes known as Hannah) remarried after Dr. Roland died and in probate records she is named guardian to Roland's children.

Luman was recorded in the 1850 New Brittain, Hartford Co., CT, census as an iron founder. 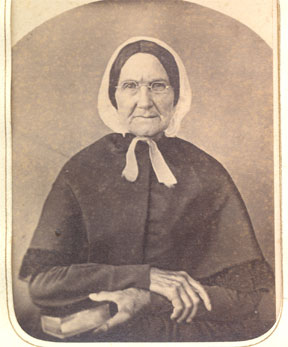 Peter served seven years in the Connecticut line militia in the American Revolution under General George Washington. He fought in the battles of Monmouth, Brandywine and Trenton and spent the winter at Valley Forge in Capt. Burr's Co., Col. Moseley's Regt. After the battle of Monmouth June 28th, 1778; arrived at camp on the Hudson, July 13, 1778; promoted from the ranks until commissioned Lt. Col. On record in Hartford, Ct., past 73 years old, June 27, 1833 and in 1832 as a Revolutionary pensioner for services as a private in the continental Line, at $60 per year.

Was in War of 1812. He was killed by a fall from a tree which broke his back. He and Rachel have an inscribed memorial stone marking the site of the roots of that tree.

The memorial stone says "who was killed on this spot by a fall from a tree 30 Apr 1834", which differs from other records of the date.

The Arden II listed by McPherson on page 190.2 is Arden Benjamin Holcombe, son of Levi and Martha (Benjamin) Holcombe, and does not belong in this family.

There was a Jay Holcombe enumerated in the 1830 Simsbury, Hartford Co., CT federal census, with 2 males 20-29 and one girl 10-15. This could be Arden Jay and his brother Guy, and a sister?

McPherson only lists Thomas Spring. There was a second Candace, daughter of Sereno and Cynthia Ann (Wilcox) Holcombe. Documentation for her marriage and children is listed there.

It is not know if Elam was buried in the West Granby or Granby Center Cemetery, but his father owned a plot in West Granby. 2

Zopher and Lucy were enumerated in the 1860 Olive, Clinton Co., IA, federal census. He was a farmer age 68, she was 68. Also in the household was Warren and his wife Sarah E. and their children Alma 7, Alfred, and James.

Kathy Stephens shows Lucy born on 6 April 1793, this however, may be an error, assuming the birth date of Lucy, daughter of Rufus (GVR).

Ebenezer is recorded in the 1850 census of Simsbury as a laborer and had his mother, Chloe living in his home with him, wife and a child who turns out to be their grandchild.

Ebenezer and Almira are recorded in the 1860 Granby, Hartford Co., CT, census with Lewis M.

Ebenezer and Almira are recorded in the 1870 Granby, Hartford Co., CT, census, page 24.

McPherson lists a child Lewis M. born in 1840-41. Carol Laun goes into great detail in explaining that this was their grandchild and that their son Lewis Monroe Holcombe Sr. was widowed and had gone west and had since died. See the Connecticut Nutmegger September 1995 and September 1996 for complete details and primary source material. Carol can also be contacted at the Salmon Brook Historical Society, Granby 06035; or through the Connecticut Society of Genealogists, Inc., the publisher of the Connecticut Nutmegger, at Box 435, Glastonbury, CT 06033-0435.

It is not known if Ebenezer is burried in West Granby or in the Granby Center Cemetery, but his fahter owned a plot in West Granby.
6

McPherson and Seaver call Almira, "Almira Foster". In the Connecticut Nutmegger, September 1995, Carol Laun calls her "Almira Alderman Foster Holcombe" and goes into a lengthy discussion of the facts.

Carol is not sure if she is buried in the West Granby Cemetery or the Granby Center Cemetery; Ebenezer owned a plot in West Granby. 6

Carol provided the following: From the Hartford Courant, 22 September 1812:

On the petition of Almira foster of Granby in said county, shewing to this court that on the 9th day of March A;D. 1803, she was lawfully married to Zacheriah Foster then of said Granby, and that on or about the 10th day of September A.D. 1808, he willfully deserted her, went out of this State and now resides in the State of Pennsylvania, and hath ever since said 10th day of September continued his desertion in the total neglect of his duties to her; praying for a bill of divorce, as by petition on file dated August 29th 1812.

Ordered by this court, That notice of the pendency of this petition be published immediately afterthe rising of this court six weeks successively in two newspapers printed in this state, that the respondent (if he see cause) appear before this Court, next to be holden at Hartford in said county, on the second Tuesday of February next, then and there to defend in this cause. 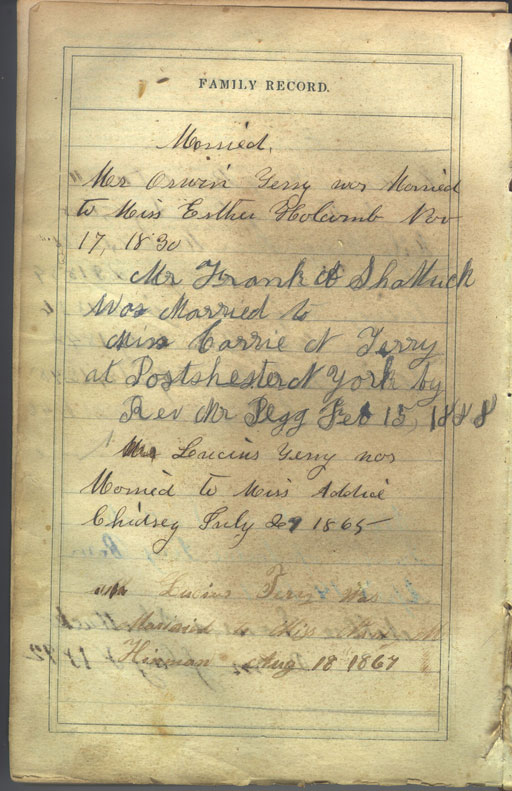 The death year for Orwin listed in the bible is not clear with 1852 listed first in a light ink and another year, perhaps 1850, in a darker ink. However, given that he was enumerated in the 1850 census, the 1852 date is probably correct. 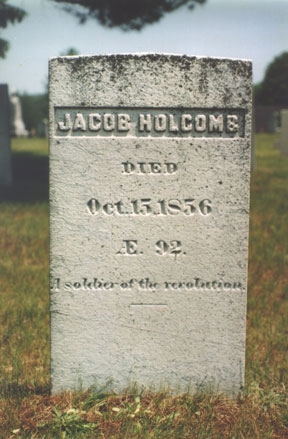 There is no specific reference in Seaver as to the mother of the children listed so all born befoe 1805 will be listed to Bacon, all after to Rowe.


Jacob, Theodocia and Susannah are all buried in the Granby Center Cemetery.


Jacob was enumerated in the 1850 Granby, Hartford Co., CT census. Sylvester age 41, wife Sarah and their child Wilbur were also in the houehold, as was Charles, age 38. Hannah, age 78 was listed last after all the children and hired help.