Hannah Marsh was born circa 1655. She married Deacon Joseph Loomis, son of Deacon John Loomis and Elizabeth Scott, on 28 January 1675/76.

b. 1834
Mary Alderman was born in 1834.1 She was the daughter of Sylvester Phelps Alderman and Hannah Bell.1

b. say 1675, d. June 1757
There is no record of Jabez' age at death, 81 is conjecture. We don't know the date of his marriage, but his child Ann was baptised in 1699 so he was certainly married by then. The probable order of their children's birth is as listed but based only on baptisms for the first three, the order named in their father's will and a vital record. Jabez Colt was born say 1675.3 He was the son of John Colt Sr. and Hester Edwards.3 Jabez Colt married Mary Morton, daughter of William Morton and Mary Burnham, by 1699.3 Jabez Colt left a will on 9 June 1756. He died in June 1757 at East Windsor, Hartford Co., CT.3 His estate was probated on 19 July 1757 at Hartford, Hartford Co., CT.

Ann Fitch was born circa 1682. She was the daughter of Capt. Joseph Fitch and Mary Stone.1 Ann Fitch married Benjamin Loomis, son of Thomas Loomis and Mary Judd, on 6 January 1703.

Mary Skinner was born circa 1635. She was the daughter of John Skinner and Mary Loomis. Mary Skinner married John Colt Sr. circa 1660.4 Mary Skinner died by the summer of 1665.

Dr. Harris' subsequent article in TAG clearly identifies the wife of John as Mary and not her sister Ann.

b. June 1641
Hester Edwards was born in June 1641. She was the daughter of John Edwards and Dorothy Moulton. Hester Edwards married John Colt Sr. circa 1665.2 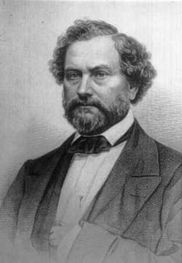 The Colt revolving-cylinder concept is said to have occurred to Sam Colt while serving as a seaman aboard the sailing ship Corvo. There he observed a similar principle in the workings of the ship's capstan. During his leisure hours, Sam carved a wooden representation of his idea. The principle was remarkable in its simplicity and its applicability to both longarms and sidearms. Nevertheless, Colt's idea was not an instant success. At the outset, many people preferred the traditional flintlock musket or pistol to such a novel weapon.

In 1836, Colt built his first plant in Paterson, N.J., then one of this country's fastest-growing manufacturing centers. Sam Colt's uncle, a successful local businessman, was willing to help young Sam form the company. At age 22, Sam Colt was the firm's chief salesman and new-business promoter.

He soon developed and produced three different revolver models: the pocket, belt, and holster; and two types of longarmor rifle: one cocked by a hammer, the other by a finger lever. In all cases, gunpowder and bullets were loaded into a revolving cylinder while the primer was placed into a nipple located on the outside of the cylinder, where it would be struck by the hammer when the trigger was pulled.

Despite the generally favorable performance of the product in the hands of early buyers, sales were sluggish. Even though the U.S. government purchased small quantities of the Colt ring-lever rifle and the Colt 1839 carbine, quantities ordered appear never to have exceeded 100.

In 1842, the Paterson company, known as the Patent Arms Manufacturing Co., closed; auctioned much of its equipment; and began bankruptcy proceedings. Sam Colt then turned his attention to selling the U.S. government on his ideas for waterproof ammunition; underwater mines for harbor defense; and, in association with the inventor Samuel F. B. Morse, the telegraph.
During 1845, certain units of the U.S. Dragoon forces and Texas Rangers engaged in fighting the Indians in Texas credited their use of Colt firearms for their great success in defeating Indian forces. U.S. War Department officials reportedly were favorably impressed. When the Mexican War began in 1846, Capt. Samuel H. Walker, U.S. Army, traveled East, looked up Sam Colt, and collaborated on the design of a new, more powerful revolver.

Within a week, the U.S. Ordnance Dept. ordered a thousand of the newly designed revolvers, which Sam Colt called the "Walker." Suddenly, Colt was back in the firearms business but without a factory. He turned to Eli Whitney, Jr., son of the famous inventor of the cotton gin, who had a factory in Connecticut where the order was completed and shipped by mid-1847.

In 1851, two significant developments had a major effect on the future of the business. Sam Colt became the first American manufacturer to open a plant in England, thereby solidifying his reputation in international markets. And he began purchasing parcels of property in what was then called the South Meadows, an area of Hartford that fronted on the banks of the Connecticut River. The parcels, because they were often flooded, sold at remarkably low prices. A two-mile-long dike actually cost twice as much as the 250 acres; but the new plant, operational in 1855, was protected from the river's uncontrolled flow.

The factory was equipped with the most up-to-date metalworking machinery available and was capable of turning out 5,000 finished handguns during its first year of operation. Knowledgeable of the latest achievements of New England's world-famous machine-tool industry, Colt lost no time in specifying interchangeable parts, some 80% of which were turned out on precision machinery. Sam Colt is reported to have said, "there is nothing that can't be produced by machine," and his factory's production machinery achieved a remarkably high degree of uniformity for the mid-19th century. Typically, the metal parts of a Colt revolver were designed, molded, machined, fitted, stamped with a serial number, hardened, and assembled.

At about this time, Mr. Colt, Hartford's unabashed sales promoter, raised the distinctive onion-shaped dome, topped with a cast-bronze rampant colt, over his factory, thereby assuring that every Hartford resident and visitor who saw the dome would ask about it and hear the Colt success story.

The firm was incorporated in 1855 in Connecticut as the Colt's Patent Fire Arms Mfg. Co., with an initial issuance of 10,000 shares of stock. Sam Colt retained ownership of 9,996 shares and gave one share to each of our business associates, including E.K. Root, his trusted factory superintendent and an inventor in his own right. By 1856, the company was producing 150 weapons a day; and the product's reputation for exceptional quality, workmanship, and design had spread around the world, making Colonel Colt one of the ten wealthiest businessmen in the U.S. The honorary title was awarded by the Governor of the State of Connecticut for political support.
As demand for his firearms grew, Sam Colt, who had long favored the use of engraving and gold inlay on his firearms, expanded his engraving department. Colt's show guns and presentation pieces, exquisitely engraved and generously inlaid with gold, consistently won prizes at international trade fairs. Many were presented publicly to heads of state, including Czars Nicholas I and Alexander II of Russia, King Frederick VII of Denmark, and King Charles XV of Sweden.

Colt's Patent Fire Arms Manufacturing Company sold its product line through a small force of traveling salesmen, known as agents, and between 15 and 20 jobbers who were actually wholesalers selling large quantities to individual retail outlets. In addition, the company maintained sales offices in both New York City and London, England. In addition, the sales department would accept direct orders at the plant, providing they were from someone who was either rich and famous, a friend of the Colt family, or ordering a large quantity of weapons.

Sam Colt was later recognized as one of the earliest American manufacturers to realize fully the potential of an effective marketing program that included sales promotion, publicity, product sampling, advertising, and public relations. His success made him perhaps the richest man in Connecticut and a pillar of the Hartford community. When Sam Colt built his home, Armsmear, an ornate mansion replete with greenhouses and formal gardens on the western edge of his armory property, it was deemed fitting that it should be one of New England's grandest residences. Today, Armsmear is an Episcopal home for the elderly.

Samuel Colt's health began to fail late in 1860 as the country moved toward Civil War. Prior to the actual declaration of war, Colt continued to ship his product to customers in southern states; but as soon as war was official, Colt supplied only the Union forces. The Armory was running at full capacity by year-end 1861, with more than 1,000 employees and an annual earnings level of about $250,000. Samuel Colt died January 10,1862, at the age of 47, having produced in his lifetime more than 400,000 weapons. His estate was reportedly worth $15 million, an enormous sum for the time and tantamount to more than $300 million today.

Following Sam Colt's death,control of the company remained in the hands of his widow and her family until 1901, when the company was sold to a group of investors.

William Loomis was born on 18 March 1672 at CT. He was the son of Lt. Samuel Loomis and Elizabeth Judd. William Loomis married Martha Morley, daughter of Thomas Morley and Martha Wright, on 13 January 1703. William Loomis died in 1738 at Westfield, Hampden Co., MA.

Martha Morley was born on 7 September 1682. She was the daughter of Thomas Morley and Martha Wright. Martha Morley married William Loomis, son of Lt. Samuel Loomis and Elizabeth Judd, on 13 January 1703. Martha Morley died on 22 February 1753 at age 70.

"He was at the battle of Bunker Hill and the seige of Boston, under Capt. James Clark and Capt. Roger Enos. He removed to W. Springfield, Mass. . . "

Hannah Selden was the daughter of Ebenezer Selden and Elizabeth (?) Hannah Selden married Corp. Jonathan Loomis, son of William Loomis and Martha Morley, on 11 May 1747.

James and Amanda were enumerated in the 1860 Fremont, Madison Township, Sandusky Co., OH federal census. He was a farmer age 53, she was 47. Children in the household were Merrit 19, Samantha 16, Lester 14, and Noble 11.

According to the History of Baker County, Oregon Joseph served in teh Civil War in Co. A, 111th Ohio Inf. and later Co. G. 169th Ohio.