b. circa 1877
Rachel Holcombe was born circa 1877 at NY.1 She was the daughter of Stephen Smith Holcombe and Katherine A. Riley.1 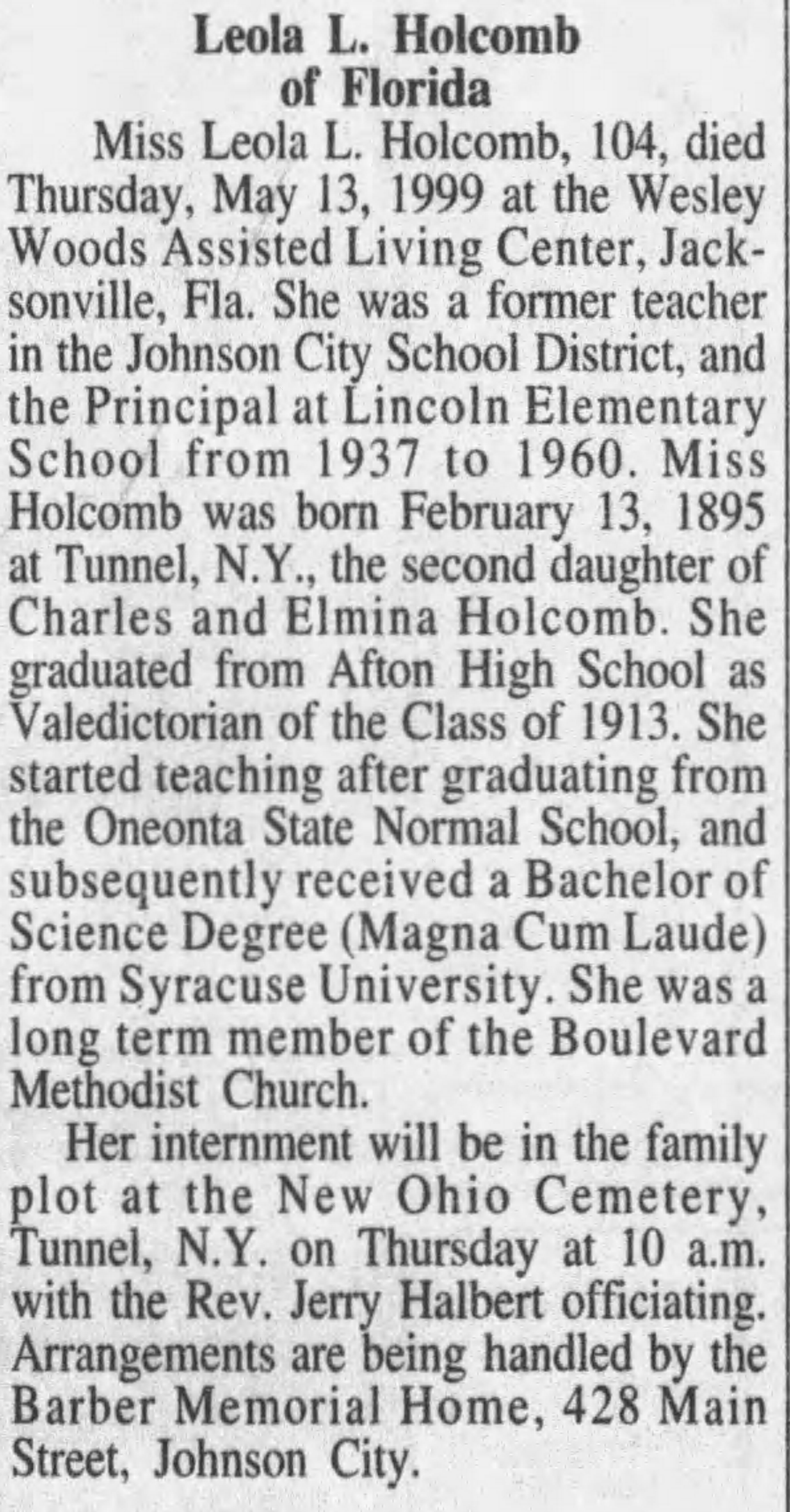 Miss Leola L. Holcomb, 104, died Thursday, May 13, 1999 at the Wesley Woods Assisted Living Center, Jacksonville, Fla. She was a former teacher in the Johnson City School district, and the Principal at Lincoln Elementary School from 1937 to 1960. Miss Holcomb was born February 13, 1895 at Tunnel, N.Y., the second daughter of Charles and Elmina Holcomb. She graduated from Afton High School as Valedictorian of the Class of 1913. She started teaching after graduating from the Oneonta State Normal School, and subsequently received a Bachelor of Science Degree (Magna Cum Laude) from Syracuse University. She was a long term member of the Boulevard Methodist Church. Her internment will be in the family plot at the New Ohio Cemetery, Tunnel, N.Y. on Thursday at 10 a.m. with the Rev. Jerry Halbert officiating. Arrangements are being handled by the Barber Memorial Home, 428 Main Street, Johnson City. 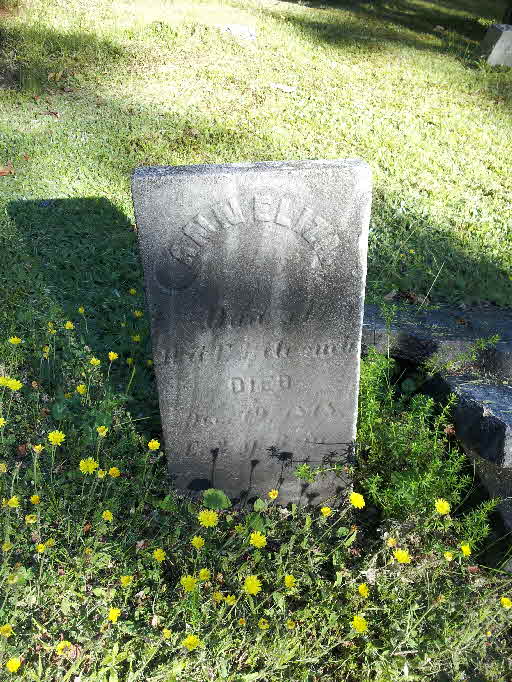 From the Syracuse Herald-Journal August 8, 1990

Mrs. Watrous was a life resident of Syracuse.

Surviving are her husband, William G; a daughter, Bonnie L. DeForest of Chittenango; two sons, Steven of Springville, Utah, and Robert of Syracuse; a brother, Paul Murray of Florida; eight grandchildren; and several nieces and nephews.

Private services will be at the convenience of the family at Ballweg & Lunsford Funeral Home, 4612 S. Salina St. Burial will be in Valley Cemetery.

There are no calling hours.

Contributions may be made to the memorial fund of St. Paul's United Methodist Church. 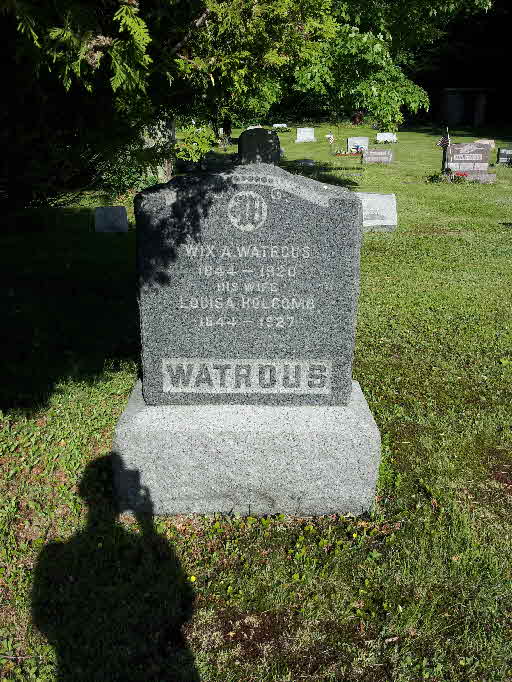 b. circa 1874
Ora Holcombe was born circa 1874 at NY.1 He was the son of Nathaniel Alanson Holcombe and Jennie Fay.1 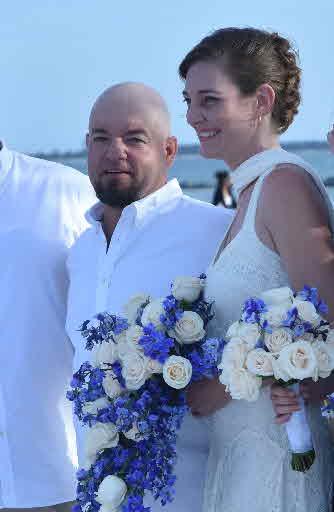 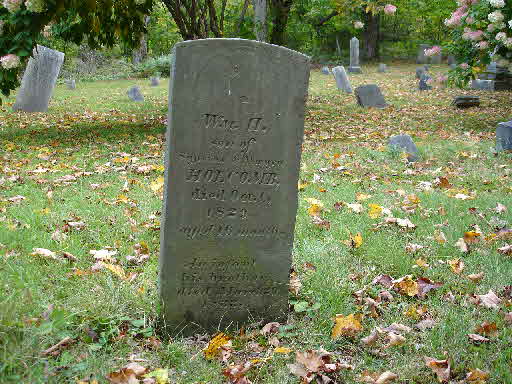 b. August 1899
Mabel Roberts was born in August 1899 at IN.1 She was the daughter of Earl Roberts and Lillie McKinney.1 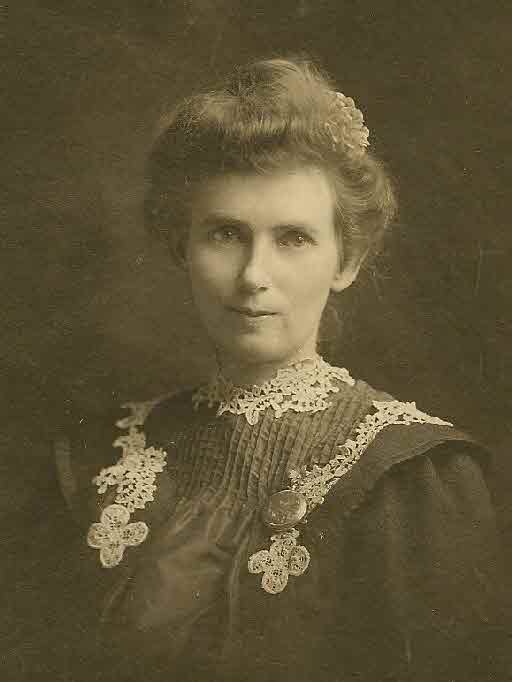 Ellen "Ella: M Holcombe
Courteys of FindAGrave
Ellen M. Holcombe was born in May 1861 at OH.1,2 She was the daughter of Rufus Holcombe and Sally Seely.1 Ellen M. Holcombe died on 6 December 1940 at age 79.1 She was buried at Rose Hill Cemetery, Eaton Rapids, Eaton Co., MI.2

She was born April 13, 1863 in Michigan, a daughter of Thomas William and Mary Beck Owen. She married Charles G. Holcomb in 1900 in Michigan.

She had lived in California, Utah and Arizona. In 1936 she moved to Willard and also lived in Tremonton until 1941. Mrs. Holcomb was a member of the Seventh-Day Adventist Church.

Funeral services and burial will take place in Phoenix, Ariz. on Tuesday. Friends may call at the Wing Mortuary today from 9 a.m. until 1:30 p.m.

b. circa 1901
Eva M. Holcombe was born circa 1901 at MI.1 She was the daughter of Charles Gilbert Holcombe and Flora C. Owens.1

b. circa 1849
Reuben Rogers was born circa 1849.1 He was the son of Roswell Rude Rogers and Betsey E. Holcombe.


Our sweet mother, grandmother, great-grandmother, sister, and friend gently passed away on February 24, 2011 just short of her ninety-fifth birthday, surrounded by her family. She resided at 293 North 300 East in Lehi, Utah at the time of her death.

Rhoda was born in Portage, Utah to Hans Lorenzo and Eliza Lucinda Halford Knudsen. She was the third of nine children. She graduated from Bear River High School.

She was working at JCPenney's when she met her husband, Lester Holcomb. They were married on March 27, 1941 in Tremonton, Utah and were later sealed in the Provo Temple on March 27, 1976. They started their life together in St. George, Utah and moved to Lehi in 1957.

Mom was a member of The Church of Jesus Christ of Latter-Day Saints, where she loved teaching for decades in the Primary. She joyfully served as a faithful visiting teacher. She served her community through many years in leadership positions in the PTA, the Lady Lions, and as a reading grandmother at the Sego Lily Elementary.

She loved the Jazz. She will be remembered fondly as the manager of Lehi's "Ye Ole Poole Hall Gift Shoppe." She worked as a Librarian at the Lehi Library 1978-1994 when she retired to be a loving full-time caregiver for her ailing husband until his death in 1996. Rhoda loved the Second Ward youth who brought her the sacrament each week, her home health care friends, and her longtime friend and doctor, Von Welch.

Mom is preceded in death by her parents; husband; brothers Moyle and LaMont; and sisters Idelia, Hazel, Velma, and Marilyn. She is survived by her children: Penny (Joe) Adamson, Susan (Ralph) Price, Michael (Stacy) Holcomb, and Lisa (Randy) Hunt; her sixteen adoring grandchildren; her thirty-seven great-grandchildren; and her sisters, Golda, Donna, and DeLone.